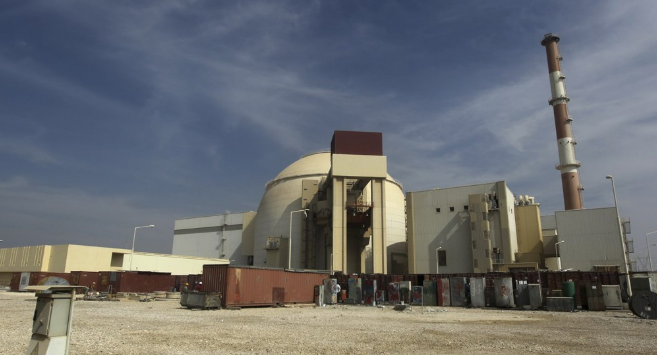 (NationalSecurity.news) The White House is brushing aside new evidence from German intelligence reports that indicate Iran is speeding up efforts to obtain key nuclear materials, despite the accord signed with the U.S. and other nations last year, a U.S. official told the Washington Free Beacon.

In a recent report Germany’s internal intelligence agency concluded that sources have witnessed “extensive Iranian attempts” to acquire illicit materials, “especially goods that can be used in the field of nuclear technology,” according to the report.

The report appears to indicate that Iran is not living up to its pledges made in the Obama administration-initiated nuclear agreement signed last summer.

The intel report and subsequent warnings were greeted with a underwhelming response from the Obama White House, which refused to comment on the report. Instead, the administration told the Free Beacon that it continues to view Iran as being in compliance with the nuclear accord.

The administration’s refusal to acknowledge the contents of the German intelligence report is in contrast to comments made by a number of lawmakers who view it as proof that Tehran is violating the international accords.

“The Obama Administration can’t ignore the sheer weight of evidence showing Iran isn’t upholding its side of the bargain,” McCarthy said. “From illicit procurement for its nuclear program to testing ballistic missiles, Iran is showing that it had no intention of ever following international agreements, even ones that granted them enormous concessions.”

“The administration’s decision to continue implementing the deal and ignore Iran’s actions isn’t just delusional, it’s dangerous,” he went onto to say. “Iran must be stopped, which is why we need the sanctions legislation we are voting on this week.”

Rep. Mike Pompeo (R., Kan.), a member of the House intelligence committee, also said Iran’s behavior indicates that it is not faithfully abiding by the nuclear deal, the Free Beacon noted.

“The latest German intelligence report on Iran’s efforts to secure nuclear and missile technology and material is extremely troubling,” Pompeo told the web site. “While the Obama administration deletes public videos and alters transcripts related to the nuclear deal, at least our allies are speaking out on the threat from Iran’s nuclear program.”

The German intelligence report’s “naming of more than 1,000 associates of Iranian-backed terrorist groups that are living in Germany should serve as a wake-up call to the U.S. and other European countries who are prefer to ignore Tehran’s active support for entities like Hezbollah and Hamas,” Pompeo said.

Other congressional officials familiar with the Iran deal said that Iran’s activities have forced the administration to walk back certain previously-made claims.

“The administration isn’t even sure what to say any more. Sometimes they say that the nuclear deal is so weak Iran can’t violate it even if it illegally imports nuclear technology,” a senior congressional adviser who works closely on the Iran portfolio told the WFB. “Other times they say the nuclear deal is really strong, and they just ignore what even they admit are violations, like when Iran accumulated more heavy water than allowed a few months ago.”

Just days ago the Jerusalem Post reported that had sought chemical and biological weapons technology in Germany.

“The vast scale of the Islamic Republic’s network to obtain nuclear and missile technology goes beyond what was disclosed in recent German intelligence reports released” recently, the Post reported.

Also, the Post noted, according to the intelligence report from Rhineland-Palatinate state, which was released in June, Iran was one of the foreign countries that targeted “German companies” in the state whose equipment could be “implemented for atomic, biological and chemical weapons in a war.”

NationalSecurity.news is part of the USA Features Media network. Sign up to have our daily headlines emailed directly to you here.