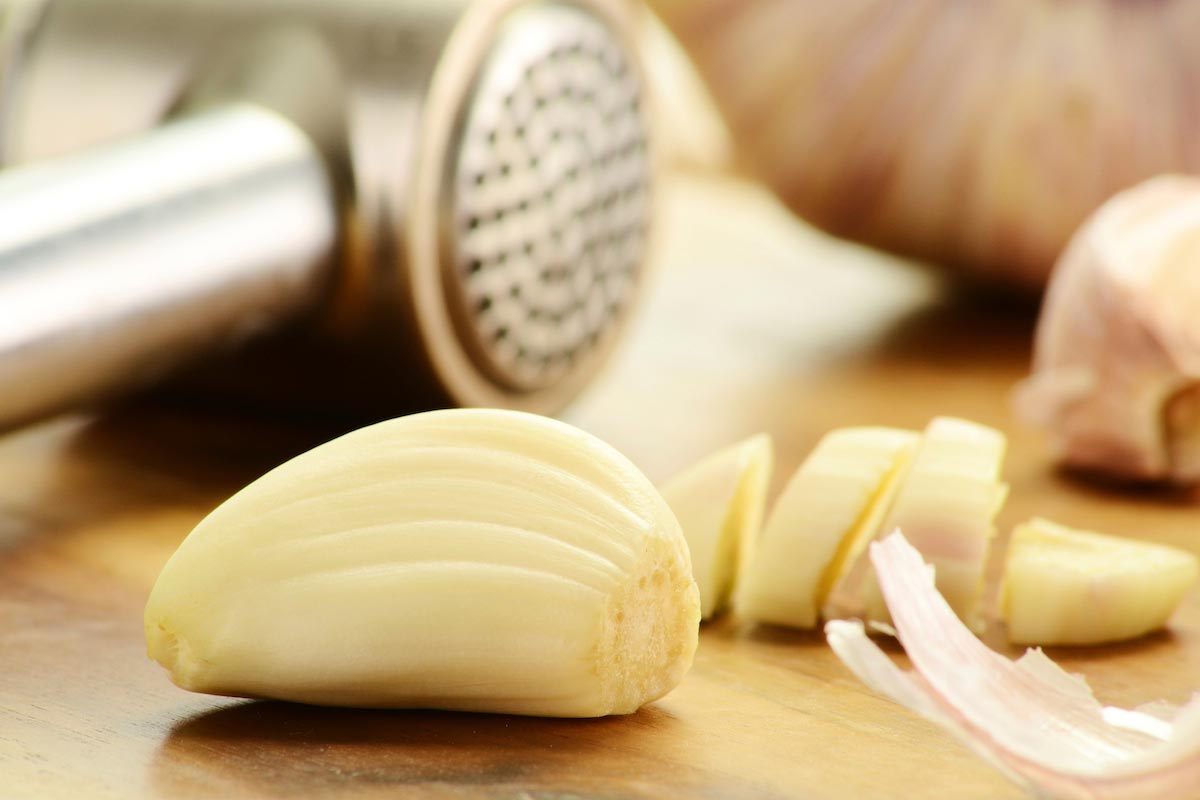 Garlic lovers rejoice! New evidence indicates that in addition to being a flavorful staple in many cuisines, garlic can actually help to reduce your risk of developing two common cancers.

Researchers have found that eating raw, pulverized garlic on a daily basis can reduce the risk of both colon and lung cancer by up to 40%. In the study, researchers found that the amount of garlic needed to be consumed by patients in order exhibit this level of benefit was between one and three cloves of garlic each day.

It is believed that a compound found in garlic, known as allicin, is responsible for much of its anti-cancer properties. However, it is not yet understood if allicin acts alone or in synergy with other antioxidant compounds and nutrients to elicit these profound, beneficial effects.

In addition to helping prevent lung and colon cancer, another study authored by researchers from the Medical University of South Carolina found that certain compounds in garlic can actually kill brain cancer cells without disturbing healthy neurons.

Three of the organosulfates found in garlic were used in the study to treat glioblastoma — a type of brain cancer. It is the fastest-growing form of brain cancer seen in adults. The compounds — diallyl sulfide, diallyl disulfide and diallyl trisulfide — were found to induce cell death via reactive oxygen species production and a mitochondria-mediated pathway. However, only cancer cells were affected by this phenomenon. Healthy cells were left alone.

The researchers also noted that in addition to causing apoptosis, or cell death, the sulfide compounds also inhibited the growth of new cancer cells, too.

Some also recommend chewing up your garlic cloves with some water so you can really chew it well and release more of the beneficial compound, allicin. You may be surprised at how hot a whole fresh glove of garlic can be, so having some water on hand is probably a good idea.