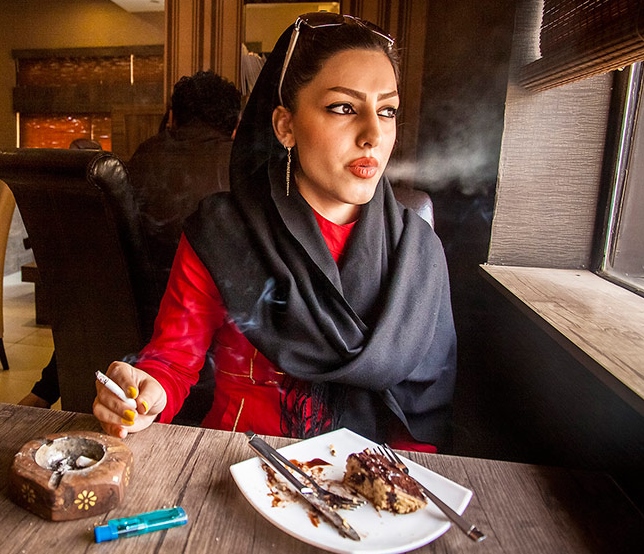 (BigGovernment.news) Uncle Sam has become a smoking Nazi, and now he wants to butt in to your business if you happen to be a smoker who lives in an apartment complex.

Under the guise of ‘public health,’ the federal Centers for Disease Control last week warned about the effects of secondhand smoke in multi-unit dwellings, as several state housing agencies pass strict smoking restrictions in such residences, AMI Newswire reported.

CDC’s research showed that more than a third of those who live in multi-unit dwellings and don’tallow smoking in their homes nonetheless become exposed to secondhand smoke that wafts in from common areas or nearby housing units.

The federal health agency’s national study also found that those living in apartments and condominiums are more likely to smoke than Americans living in single-family homes. Twenty percent of multi-unit housing residents smoke, compared with 14 percent for people who live in houses, the CDC said.

The report comes on the heels of communities in California and other states passing strict smoking restrictions that aim to protect the health of apartment dwellers from secondhand smoke. One of the study’s authors, the CDC’s Brian King, said secondhand smoke causes more than 41,000 fatalities among nonsmokers annually in the United States.

Those concerned about public health generally welcomed the CDC’s findings, but smokers and others who fear the overreach of “nanny” government policies expressed concerns about government getting too involved in what people do in their own homes.

Saratoga, in northern California, gave preliminary approval last week to plans to prohibit smoking in common areas of existing apartment complexes in the city. Saratoga’s ordinance would also bar smoking in all new rental complexes, including individual units, built after Sept. 16 of this year. The council will finalize the vote next month.

In the Los Angeles area, the city of Manhattan Beach last year passed an even stricter smoking regulation that bans smoking in all multi-unit housing.

“These findings show the importance of protecting all people who live in multi-unit housing through smoke-free policies and access to tobacco cessation resources,” the director of the CDC’s Office on Smoking and Health, Corinne Graffunder, said in a prepared statement.

Julian Morris, vice-president of research at the libertarian-leaning Reason Foundation in California, told AMI Newswire that when housing is built with public funds, government agencies may have an interest in protecting taxpayer investment through smoking bans. For example, smoking bans reduce the risk of fires and help to ensure residents’ safety, he said, but handing down blanket directives to privately owned complexes is another matter.

“If this affects privately owned housing stock that is owned or leased by tenants, then it seems to me there’s no business for the government to get involved,” Morris said, adding: “It would be better for rules to be set by landlords than by city councils.”

He also said he has not seen evidence that secondhand smoke wafting from a common area into an enclosed dwelling occasionally would subject residents to any significant health risk.

Other organizations offer a different perspective, however. The American Lung Association maintains that smoke migrates through doorways, ventilation systems and damaged walls and can be a factor in heart disease, respiratory problems and even premature death. The association supports smoking bans in multi-unit housing because they can shield people from the effects of secondhand smoke, reduce renter turnover and lower fire risks associated with smoking.

In Saratoga, most of the city residents who wrote to the city about its proposed smoking regulations supported stronger rules in apartments and condos, but some expressed concern about what they felt was a rising intolerance toward smokers and their habit.

“We have discussed the issue of smoking on the premises of the property,” wrote one condo owner, “and have agreed to not ban smoking in common areas. Where there is an issue, neighbors talk to one another and resolve any issues rather than reactively write new regulations.”

Another said: “The city has no business getting involved with homeowners in their own homes!”

The CDC reported last week that 22 California communities have to date passed ordinances banning smoking in all areas of multi-unit housing complexes, including those that are government-subsidized.

Morris said a better approach would be to simply let the market to decide which complexes become smoke-free. One alternative might be to designate a single section or wing of an apartment complex to allow residents to smoke, he said.

“It’s kind of a slippery slope,” Morris said of the smoking bans in housing. He said health and safety arguments can be used to justify banning gas-fired central heating or gas-fired stoves – or to force everyone to eat broccoli. “I think the bar has to be set quite high.”

In the future, though, innovation and technology could render the whole issue moot, Morris said. For example, more and more cigarette smokers could eventually switch over to smokeless e-cigarettes, whose vapor emissions pose little in the way of a health risk to people nearby.