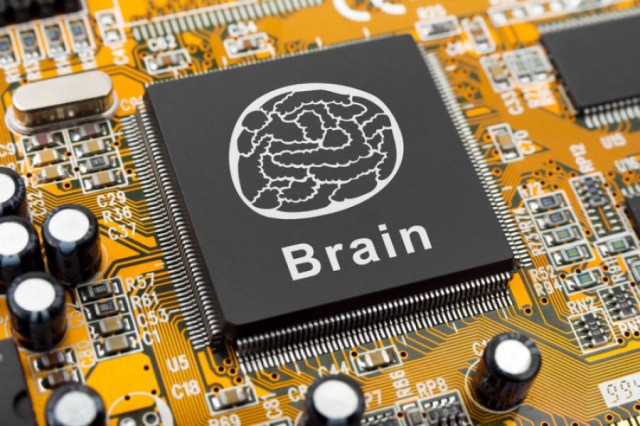 The Defense Advanced Research Projects Agency (DARPA) is in the process of making a neural-coding device capable of controlling artificial limbs when seeded in the brain. The device has had success in animal studies and the first human trials are set for 2017. The Pentagon has subsidized the institution $62 million to help foster this mind-control technology. Meanwhile, the mainstream media is pushing for the micochipping of children sooner rather than later.

During a recent televised report by NBC News, the news station purported the micro-chipping of children by the state was as normal as bar codes for consumers: “When barcodes first came out in the late 1960s, people were appalled. They were wary of them and did not understand the concept. Today, it is so commonplace, we don’t even notice it. A microchip would work much in the same way.”

This declaration is a reflection of the mentality of the mainstream media, which sees people as objects fit for labeling rather than persons with intrinsic moral value. Although DARPA touts the brain chips as a way to protect children, in actuality, this sort of technology has more to do with control than it does public safety.

Whenever the establishment wants to control the masses, they assemble a list of cheap talking points to scare the population into abiding by its agenda. Whenever the mainstream media pushes for vaccines, for instance, they list all the possible ways a person may become very sick and die if they don’t get the shot. And whenever the government wishes to corrode privacy rights, they do so in the name of “protecting” the public from would be “terrorists.”

Several pet owners have already microchiped their dogs to keep tabs on their pets. Therefore, microchip proponents argue, it is not too much of a stretch to start micro chipping children at birth for similar purposes. The problem is most people are not aware of the dangers this reasoning poses, which is why mind-control technology is not being more widely opposed.

According to a statement made by DARPA, the brain chip would:

In short: They are developing mind control chips that can be inserted into the brains of babies from the cradle.

As the Waking Times explains, the military deploys a term known as “mission creep,” which refers to the expansion of a military project beyond its original goals that has yet to foster public support. If the military wants to invade a country, for example, they will first take over nearby regions and establish a military base around the desired country in an effort to boost the likelihood of winning. In the same way the public has been coerced into a number of unjustifiable wars, DARPA is now trying to coerce the public into submitting to mind control.

“If you have something that you don’t want anybody to know, maybe you shouldn’t be doing it in the first place,” Schmidt said.

Adding to these remarks, Schmidt specifically referred to DARPA’s brain chips in the same interview.

“There’s what I call the creepy line and the Google policy with a lot of these things is to get right up to the creepy line, but not cross it. I would argue that implanting things in your brain is beyond the creepy line…at least for the moment until the technology gets better.”

Without doubt, the mainstream media and DARPA will continue to tout the benefits of this technology without noting all the risks. Due to this, it is on the shoulders of the alternative media to ensure the public isn’t trolled by mind control.