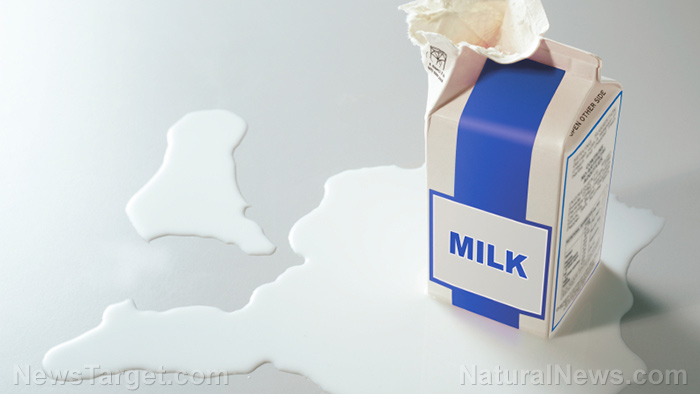 Did you know that pasteurized milk is dead milk?

The goal of pasteurization is to kill potentially bad bacteria that may have found its way into the milk supply. The problem, however, is that aside from “killing” all the bad bacteria, pasteurization also kills all the beneficial bacteria, in addition to damaging the milk supply’s vitamin and mineral content, thereby leading to some of the most common health issues we have nowadays.

During pasteurization, the milk gets heated over 160°F for half a minute to “sterilize” what you’ll probably have trouble digesting. Even “low-temp” pasteurization stops at around 145°F, still killing most of the beneficial enzymes.

Around the turn of the 20th century, homogenization became the new “industry standard,” because people liked not having to shake up all the fat globules for consistency. This process rearranges the fat and protein molecules, thereby altering how they act in the human body. You then have “fortified” milk with vitamins A and D added back in to make the general population feel better about drinking milk past infancy.

Despite what the mainstream media and the multimillion dollar dairy industry would have us believe, neither pasteurization nor homogenization is beneficial for our health. The fact the United States has the highest rate of osteoporosis, despite being the most dairy-consuming nation in the world, says a lot about how wrongly we’re approaching our dairy needs.

Fortunately, it’s never too late to change your dietary lifestyle. Instead of grabbing that processed milk carton on your next grocery trip, try getting your calcium needs from alternative sources instead. Shop for organic leafy greens, healthy nuts and seeds and raw, organic milk from grass-fed cows the next time you restock your pantry – your teeth and bones would definitely love you for it!