Uncensored and Independent Media News
Home
Health Freedom
Second Amendment
Prepping
Survival
Censorship
Subscribe
SHOP
Popular Articles
Here’s the full list of all the health conditions that can get you prescribed antidepressants… even if you’re not actually depressed
07/25/2016 / By D. Samuelson / Comments 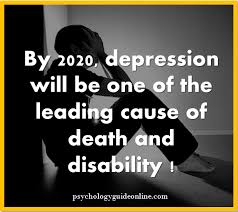 Seems to me that depression is becoming an industry like cancer. I suppose it’s another eugenic method of human disposal. And it just takes two weeks of feeling sad or hopeless or worthless, you can’t think straight, you can’t eat, feel restless and are overwhelmed, maybe even thinking about hurting yourself . . . just two weeks of having these feelings and you’re labeled with a “Major Depressive Episode.” This gets you psychiatric medication to reprogram your synapses and re-uptake your serotonin. Unfortunately these SSRI drugs are linked with suicide and homicide, so taking them could make your situation much worse. But in the classic eugenic theory, where culling the common man is modus operandi, it’s just good business to get these antidepressants in the hands of as many people as possible, even if they aren’t depressed. And that’s exactly what’s happening, according to this report from Time Magazine:

In the [2016] study published . . . in the Journal of the American Medical Association (JAMA), researchers looked at nearly 10 years’ worth of electronic medical records for antidepressant prescriptions. In total, they reviewed over 100,000 prescriptions for antidepressants written by close to 160 doctors for nearly 20,000 people. They found that nearly 50% of the prescriptions were made for a disorder that was not depression. Instead, many of these prescriptions were made for issues like anxiety, insomnia, pain, attention-deficit disorders (ADD) and even bulimia.

Jenna Wong, a Ph.D. candidate at the University of Montreal, was an author of the study. Researchers didn’t look at the “why” of doctors prescribing these drugs, but, as reported in Time, “they suspect it’s a last-resort measure. “Some of these conditions are things where there is no exact treatment,” says Wong. “The patients may be desperate for something to treat their ailments.”

What is ailing America can’t be fixed with a pill.

According to Mad in America, “From 1999 to 2012, the percentage of American’s on antidepressants increased from 6.8% to 13%.”  Mad in America disagrees with the 50% figure, reporting that “as many as two thirds of all prescriptions for antidepressants are given to people who have never met the criteria for depression.” From Consumer Reports: “Doctors will often prescribe a drug off label without realizing it is not approved for that use,” says G. Caleb Alexander, M.D., an associate professor of epidemiology and medicine at Johns Hopkins University.

The largest U.S. payout in the history of health care fraud was about marketing off-label antidepressant drugs to children.

From Consumer Reports: “In 2012, the drugmaker GlaxoSmithKline agreed to pay a $3 billion fine in the largest health-care fraud settlement in U.S. history. The charges included promoting the antidepressant Paxil for children and adolescents even though it was not approved for them and studies had found it was ineffective and potentially dangerous for kids. GSK was also charged with marketing the antidepressant Wellbutrin for weight loss and the treatment of sexual dysfunction, substance addictions, and other unapproved uses.” Scientific American suggests that off label use is on the rise because “As drugs’ patents expired, companies stopped funding studies for official approval.”

“Because we know so little about mental illness, many clinicians reason, we might as well try the pills already on the shelf.”

What have we allowed? Society throws pills like arrows missing their mark, simultaneously refusing the help those who desperately need it. Dr. Peter Breggin is not afraid to speak the truth. Repent, America.