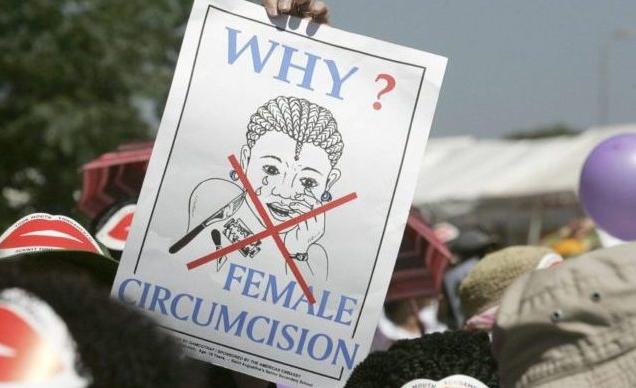 Female genital mutilation (FGM) has been illegal in Britain since 1985, with the original law strengthened in 2003 to prevent girls being taken abroad for the practice, yet so far no convictions have been brought. Eighteen of the cases recorded over the year were known to have been undertaken in the UK.

The figures, covering the period of April 2015 to March 2016, were collected by the Health and Social Care Information Centre and represent the first ever set of annual statistics on the practice.

Other countries with a large volume of cases include Eritrea in Eastern Africa, Sudan in Northern Africa, and Nigeria and Gambia in Western Africa.

And although there were cases reported in every area in England, more than half of all cases related to women and girls living in the London commissioning area of the NHS.

Where the FGM Type is known, Types 1 and 2, which involve removing the clitoris and labia, have the highest incidence accounting for 66 per cent of cases. However, the report notes: “It is acknowledged that even for experienced healthcare workers who frequently see women and girls with FGM it can still often be difficult to determine the type of FGM that had been undertaken.”

Most shockingly, the report found that the 5- to 9-year-old age group was the most common age range at which FGM was undertaken, accounting for 43 per cent (582 cases) of the total number where the age at the time of undertaking was known.

Previous studies into FGM have found that girls living in Britain are often taken abroad at the beginning of the summer holidays to undergo FGM in their ancestral countries. Consequently, Kam Thandi from the children’s charity NSPCC said most calls to its helpline regarding FGM are made in July.

“It’s a perfect opportunity for young people who are being forced to undergo this procedure, to have the procedure, and also heal by the time they come back to this country and re-engage with school.”

The Royal College of Nursing has called for more to be done to end the practice. Carmel Bagness, the RCN’s professional lead for midwifery and women’s health, said: “Collecting and publishing these statistics is an important part of the fight against FGM. They can be used to better plan local services to meet the needs of women and girls, and to target training for nurses and midwives.

“What these statistics show is that there is still a lot of work to do to eradicate this abuse. A lot has been achieved in the past few years, but these efforts must continue for as long as there are still women and girls subjected to this criminal abuse.”

The government has also vowed to tackle the problem. Public Health and Innovation Minister Nicola Blackwood told the BBC: “FGM devastates lives, and we are committed to ending this abusive practice.

“Too often FGM is a hidden crime so to help us do this, we must know the scale of the problem which is why we are collecting data on FGM across the NHS. This means we can protect those at risk, provide support to survivors and ultimately end this crime once and for all.”

But FGM campaigner Hibo Wadere said that securing convictions was difficult as many children brought up within African cultures don’t understand that the practice is tantamount to child abuse. In Somalia, FGM is legal and 95 per cent of women there undergo the procedure.

“It’s very hard to prosecute because you’re asking a child to go into court and testify against their parents,” she said.

“These parents aren’t actually abusers in their mind, they think what they’re doing is good for their daughters. so the children don’t see this as child abuse.”

She now holds sessions with school pupils to explain what FGM is. “Education is the key point in eradicating FGM because they are young minds. These are the future leaders, these are the ones that need protecting.”