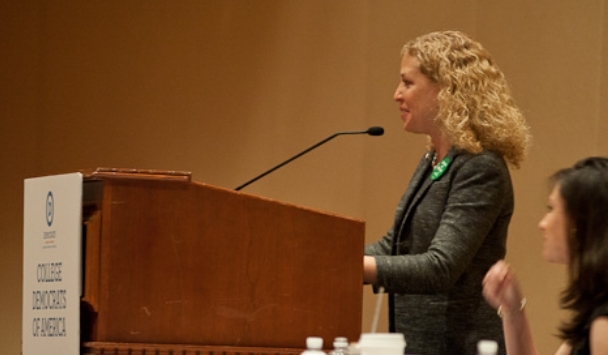 It’s no secret that the corrupt Democratic National Committee has been conspiring to sabotage the Donald Trump campaign, as they’ve been spreading lies about him almost from the very beginning.

Thanks to the recent DNC email leaks, however, there’s substantial proof that the Regressive Left is doing everything in their power to destroy the public’s perception of Trump — going as far as to create fake Craigslist ads that use sexist “trigger words” in order to make the Republican nominee’s campaign appear less inclusive to women.

The fake ad opens up with, “Seeking staff members for multiple positions in a large, New York-based corporation known for its real estate investments, fake universities, steaks, and wine. The boss has very strict standards for female employees, ranging from the women who take lunch orders (must be hot) to the women who oversee multi-million dollar construction projects (must maintain hotness demonstrated at time of hiring).”

While it’s unclear whether or not the staff members actually went through with posting the ad on Craigslist — or any other website for that matter — it’s indisputable that the Democratic Party is playing a dirty game this election season. They clearly know that Crooked Hillary’s endless amount of scandals are hurting her in the polls, so they’re making up lie after lie after lie to even the playing field.

The immoral issue here is that everything being released about Hillary is true, while much of what is being said about Donald is a completely fabricated lie. They’re taking advantage of our excessively politically correct society by using misogynistic buzz words in hopes that people will associate them with Trump in the future. It’s a dirty, underhanded tactic that further proves that the leftists are anything but tolerant — despite the fact that they’re obsessed with portraying themselves as these warm, loving individuals.

If there’s one thing this proves without a doubt, it’s that Hillary Clinton and her army of lying goons are not fit to run our country. The American people cannot trust them and having these people in office would be a surefire disaster for everyone. But with election season quickly approaching, it’s time to prepare for the worst — because it could be coming.