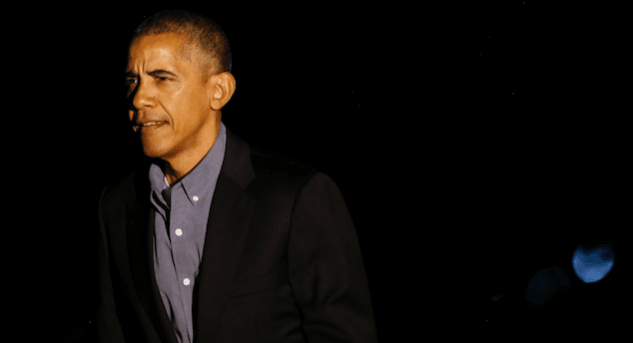 Seemingly violating the claim that America doesn’t negotiate with terrorists and hostage takers, reports have revealed that the Obama administration organized an airlift to transport $400 million in cash to Tehran which coincided with the January release of four Americans taken prisoner by Iran.

Reports say wooden pallets stacked with a variety of currencies were loaded onto an unmarked cargo plane and flown to Iran. American officials procured the money from banks in Switzerland and the Netherlands, according to the The Wall Street Journalreport.

The money was purportedly only the first installment of a $1.7 billion deal the Obama administration reached with Iran over an arms deal brokered with the Shah of Iran just before the Mullah’s took over in 1979.

Iranian news sources reported at the time that the prisoners were released in a “prisoner swap” brokered by the Obama administration.

The administration returned seven Iranian prisoners in exchange for the release of the Americans. Obama also dropped extradition proceedings against another 14 Iranians as part of the deal.

Not only did the administration return seven Iranians but it was said the Obama also agreed to drop U.S. sanctions against Iran as the nuclear deal was being crafted. It was felt that the prisoner release was meant to keep Republicans from criticizing Obama’s nuclear deal.

Republicans, though, felt at the time that the deal was lopsided in favor of the Mullahs.

However, no mention was made of the secret transfer of $400 million in cash to Iran until now.

The Obama administration has now denied that the amazing amount of cash had anything to do with the hostage release agreement.

“As we’ve made clear, the negotiations over the settlement of an outstanding claim … were completely separate from the discussions about returning our American citizens home,” State Department spokesman John Kirby told the Journal. “Not only were the two negotiations separate, they were conducted by different teams on each side, including, in the case of The Hague claims, by technical experts involved in these negotiations for many years.”

Arkansas Republican Senator Tom Cotton criticized the revelations accusing Obama of paying a “ransom to the ayatollahs for U.S. hostages.”

“This break with long-standing U.S. policy put a price on the head of Americans, and has led Iran to continue its illegal seizures” of Americans, Cotton said.

A group of Republicans have now called for an inquiry on the transfer of cash.