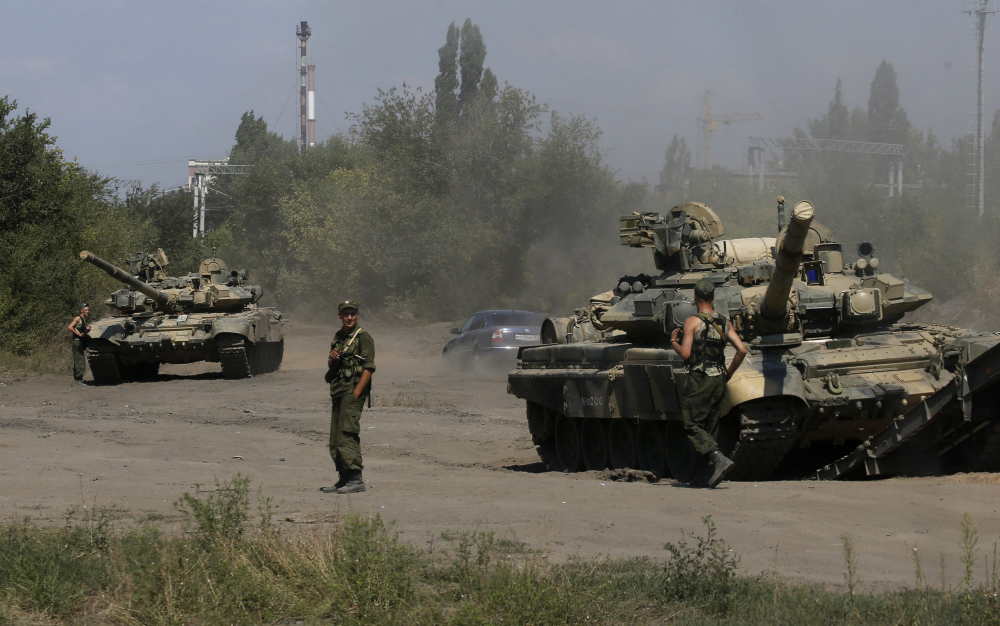 Those were the ominous words of General Sir Richard Shirreff, who retired in 2014 as NATO’s deputy supreme commander of Europe, as well as its highest-ranking British officer, in an interview with Newsweek regarding his recently-released “novel,” 2017: War with Russia.

It’s really just a novel in name only.

The book is not a literary masterpiece, but it wasn’t designed to be. Rather, it reads more like a battle plan, and that’s because it is modelled after Shirreff’s NATO experience war-gaming various combat scenarios in Europe and elsewhere.

It is a chilling account of where the West is heading – war with Russia – if it fails to grasp the full measure of threat posed by its president, Vladimir Putin.

Endorsed by other senior military officials, 2017 details how war with Russia could erupt with bloody and appalling consequences that many in the West cannot even fathom, if necessary and urgent steps are not immediately undertaken.

As noted in the book, President Putin has said: “We have all the reasons to believe that the policy of containment of Russia which was happening in the 18th, 19th, and 20th centuries is still going on… If you press the spring, it will release at some point. Something you should remember.”

Shirreff understands that Putin is more of a strongman than president, having bounced between the Kremlin and being prime minister – but always in charge. So his is a reputation built on strength; if he loses that aura or his momentum, he will appear as a failure to his people and be summarily replaced.

In fact, Shirreff says that Putin has already put in motion a lethal dynamic which, if left unchecked, will likely result in his invasion of the Baltic States, which Putin believes have always rightfully belonged in Russia’s zone of influence.

The former deputy NATO commander said that Russia’s invasion of Georgia in 2008 was the modern era’s “Rhineland moment,” a reference to Nazi Germany’s mid-1930s reoccupation of that region, in violation of the Treaty of Versailles, which ended World War I. It is believed that the inaction on the part of France, Great Britain and the United States following Hitler’s successful, but unjustified, invasion, only emboldened him to launch future invasions throughout Europe. It was a warning sign that the rest of Europe and the U.S. ignored.

In 2014, Putin’s forces took the Crimea, which Shirreff calls the West’s “Sudetenland moment” – that is, Czechoslovakia, after making a pact with the Soviet Union that then-premier Josef Stalin believed would keep Nazi forces out of his country (it didn’t).

Since then, Russian forces have invaded eastern Ukraine, and as long as the West remains silent and unwilling to act, Shirreff believes the Baltics are next.

One other thing of note: He says Western leaders believe that nuclear deterrence will keep Putin at bay, but he shows in his book why that’s not the case at all.

As reported by Newsweek:

The novel opens with the Russians staging an attack on a school in Donetsk, the breakaway region of the Ukraine controlled by pro-Kremlin separatists since 2014. Close to 100 children are killed, and Ukrainian forces are blamed, thus giving the Russians the perfect pretext for further aggression.

It’s important to note that the Russians staged an attack on an apartment complex in Moscow in 1999 to justify invading the breakaway province of Chechnya.

“That was a slick, very professionally executed operation,” he said of the conquest of Crimea, one that Putin may well try to replicate in the Baltics, based on how little real resistance he got from the West two years ago. “Russia despises weakness and respects strength.”

As for who will likely deal better with Putin as the next U.S. president – Democrat Hillary Clinton or Republican Donald Trump – the former top NATO official said he thinks Putin is helping the GOP candidate because Trump has said he isn’t sure the U.S. would step up in defense of NATO members if they were attacked because many NATO allies are not spending the required amount of money on their military. But he also said that Trump was right in that NATO countries need to step up their monetary commitments.

As for the general tone of the book – war with Russia – Shirreff was clear that without the right decisions, the possibility is higher now than at any other time.