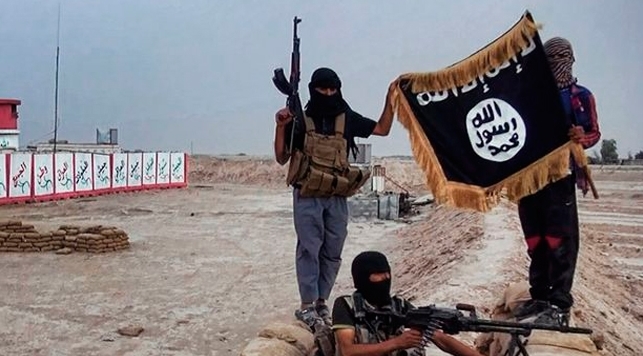 (NationalSecurity.news) Exactly two years since ISIS invaded the Yezidi and Christian homelands of Iraq, the terrorist control of territory shrinks daily, and ISIS authorities admitted they are struggling to find able-bodied men to defend the city of Mosul.

ISIS has lost 25,000 men in just the two years since it invaded Iraq in June of 2014. The milestone was reached on June 27, according to Col. Christopher Garver, the spokesman for the anti-ISIS Coalition.

Meanwhile, military observers are unsure how many terrorists are ready to make a last-ditch stand in the city where the Caliphate was declared. By some estimates, the number of ISIS soldiers in the earlier battle for the city of Fallujah exceeded 5,000 – and most of these were killed or captured.

Mr. Atheel Nujaifi, the former governor of Nineveh Province, estimates that ISIS has up to 10,000 fighters in Mosul. This group would include scores or hundreds of foreign fighters who were pulled out of battlegrounds in Shirkat and Kirkuk where ISIS was losing territory, according to Mr. Ali Sada, editor of Daesh Daily, a war report digest. But there are signs that ISIS troop strength is much lower than many realize.

On Tuesday Mr. Saeed Sorachi, a press spokesman for the Nineveh PUK, a political party in the Kurdish Regional Government, said ISIS issued orders during recent days to the government employees in Mosul to report for duty at battlefield sectors around the city. He said ISIS officials acknowledge that the reinforcements are needed due to high casualties.

Mr. Nujaifi, who is also a leader of a Sunni Arab defense force, said in a text to AMI Newswire that the report by Mr. Sorachi is true, but that “Daesh couldn’t get supporters to cooperate.”

Mr. Nujaifi commented on this in a text: Those employees who do not comply are not particularly worried about losing their jobs, he explained, “because most of them don’t get real salaries now.”

This is not unusual, since soldiers in ISIS units, as well as the Peshmerga soldiers who oppose them just a few kilometers away, have gone for three and four months without wage payments. Both sides in this conflict heavily depend on oil revenues to fund the war, and low oil prices for two years have starved all armies for hard cash.

As the noose tightens around Mosul, the city’s 1.5 million residents are facing higher prices and shortages of food, medicine and fuel, according to Mr. Sada, who surveys all Iraqi media on a daily basis.

“It is significant that many of the mosques in Mosul are closed now,” said Mr. Sada. “Daesh [another term for ISIS] has a shortage of clerics to hold worship services and to oversee the worshippers who do come for Friday prayers. Some of the clerics have been assigned to military duty and many others have been ambushed by unknown groups of armed men in Mosul over the last few months. In addition, the coalition air strikes have targeted the religious police and the Sharia court judges.”

The Iraqi army during the last week has been pushing terrorists out of the villages surrounding the military airbase near Qayara, a strategic ISIS-held city 40 miles south of Mosul, while a flurry of air strikes has been taking a toll of terrorists units throughout the region.

On Tuesday the U.S.-led Coalition said it conducted three airstrikes Mosul;  two in Qayara, 40 miles south of Mosul; and two in Sinjar mountain area, according to the U.S. Operation, code-named Inherent Resolve. The Coalition says it conducted 10 airstrikes on ISIS targets Aug. 1, which included three near Qayar; two in Mosul; one in the mountains of Tal Afar 40 miles west of Mosul; and four in Iraq’s Anbar Province west of Baghdad.

On Tuesday alone, upwards of 90 ISIS terrorists were killed, many in attacks on ISIS boats on the Tigris River and in the cities and towns 40 miles south of Mosul, according to Sada.

Iraqi Prime Minister Haider Al-Abadi has promised to liberate Mosul before the end of the year. All observers agree that the challenge to the invaders is to reclaim the sprawling city, home to ancient structures, museums and universities, without reducing it to ruins. Former governor Nujaifi and some military experts in the United States have argued for a Sunni-Arab liberation approach that would utilize an underground resistance force already active behind the ISIS barricades.