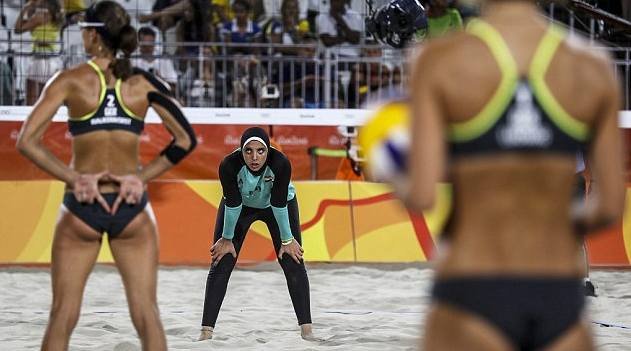 It is a fast and furious sport played under the sun and famed for its revealing attire – with a practical uniform of bikinis for women and board shorts for men.

But these pictures show the contrasting cultures among some of the nations taking part in the Rio Olympics after the Egyptian women’s beach volleyball team took to the sandy arena wearing long sleeves and leggings.

The outfit, used by Nada Meawad and Doaa Elghobashy, who also covered her head with a hijab, was in stark contrast to their German rivals Laura Ludwig and Kira Walkenhorst who stuck to the sport’s traditional two-piece outfit for the clash last night.

(Scroll down for video) 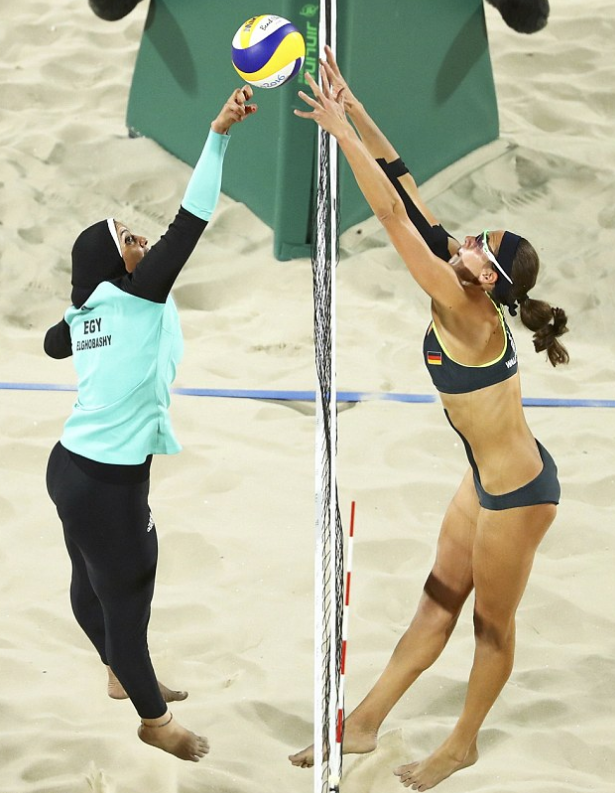 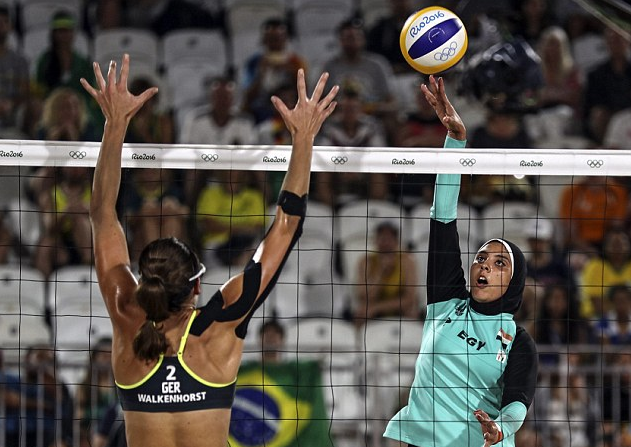 Although the International Volleyball Federation used to have standards regulating the size of uniforms, those were loosened heading into the London 2012 Olympics to allow full sleeves and leggings.

FIVB spokesman Richard Baker said on Sunday night that the move was made to open up the game culturally.

By one measure, it has worked. Baker said there were now 169 different countries involved in the Continental Cup qualifying process for the 2016 Olympic, compared to 143 for London. 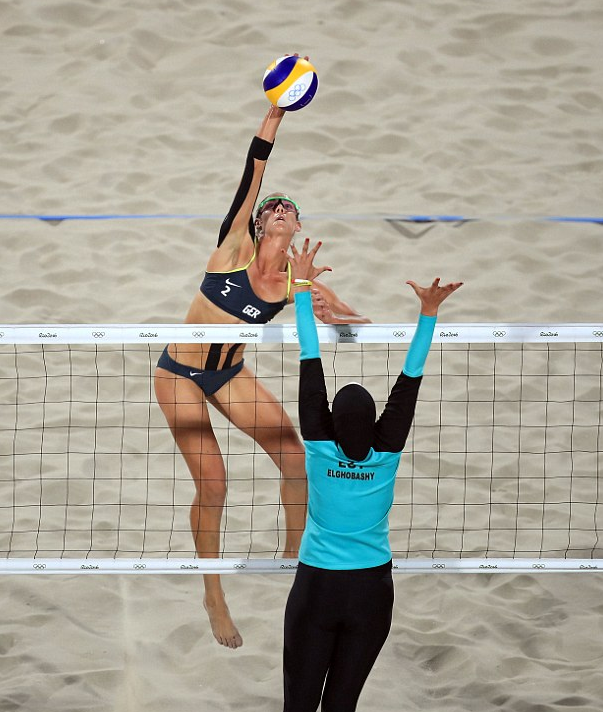 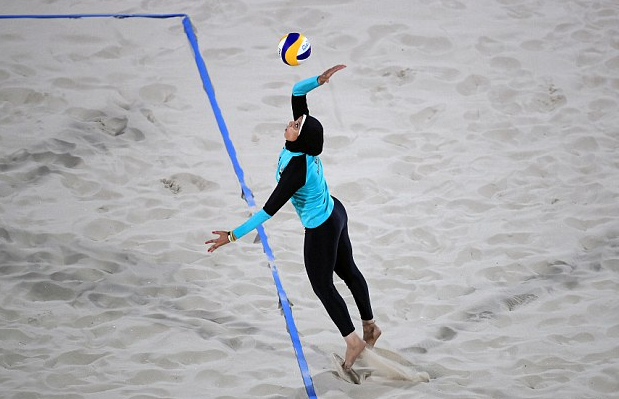 In the end, medal hopefuls Ludwig and Walkenhorst continued their winning streak by posting a Pool D win over their Egyptian counterparts.

The Egyptians were playing in their first international event together outside of the African continent where they had won a major title in April.

Ludwig and Walkenhorst came out 2-0 winners after a match lasting nearly 40 minutes. 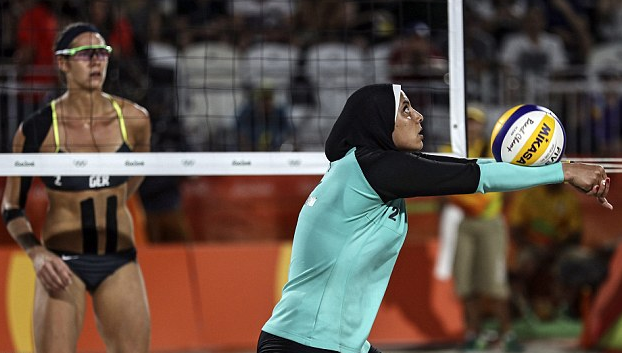 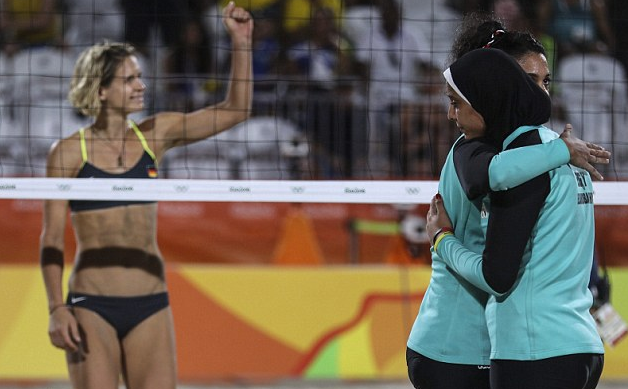 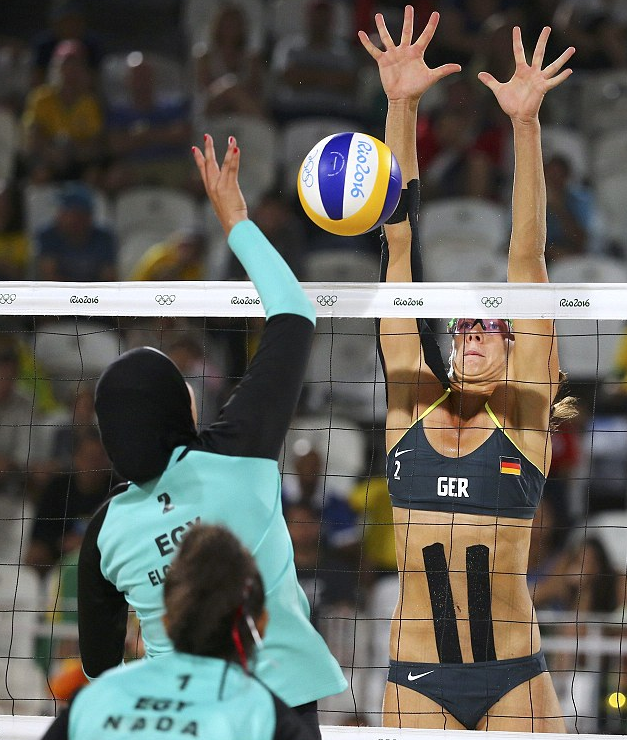 Afterwards, Elghobashy told reporters: ‘I have worn the hijab for 10 years. It doesn’t keep me away from the things I love to do, and beach volleyball is one of them.

‘I’m proud to be seen raising the Egyptian flag in a carnival with so many nations.’

Both teams take a break today before returning to action on Tuesday. 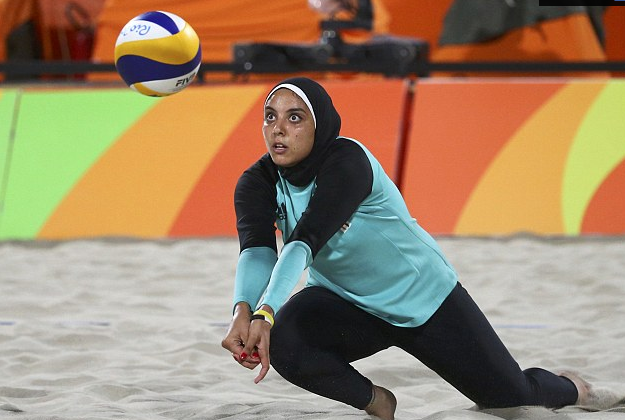 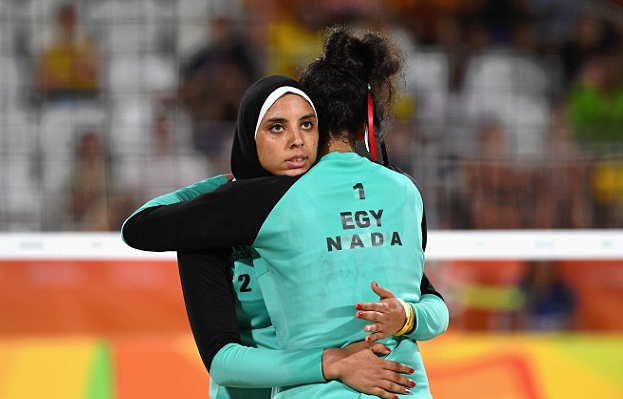 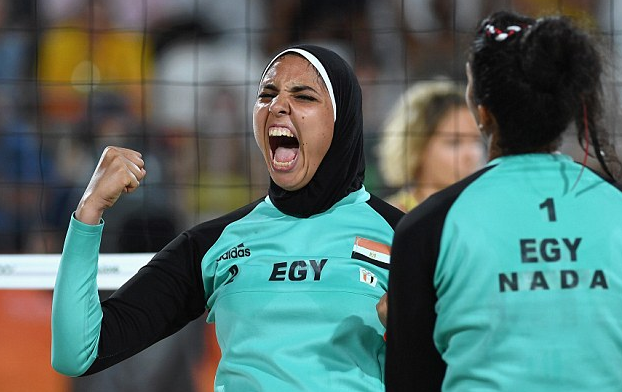 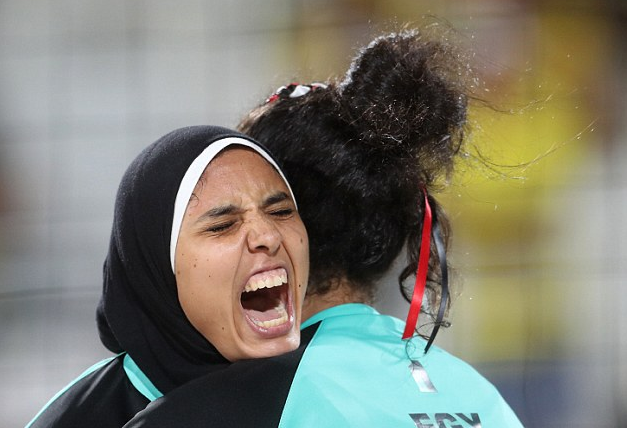