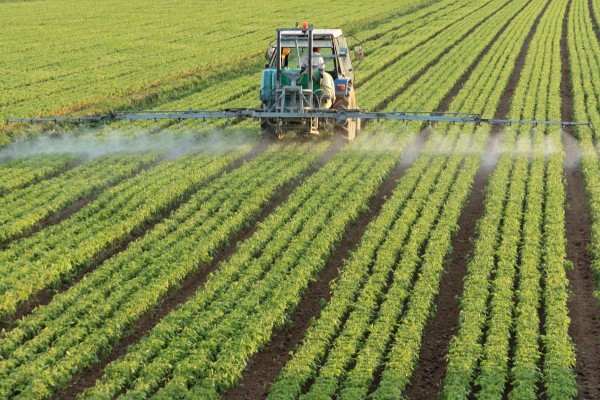 Glyphosate has already been labeled as “probably carcinogenic” by the World Health Organization. While many would consider this title alone to be damning enough, the evidence indicating the dangers of glyphosate continues to pile up.

A recent study conducted by researchers from Argentina found that glyphosate disrupted uterine development in female rats. What is most alarming is that these changes in development occurred with just seven days of exposure.

In just a week’s time, glyphosate elicited structural changes to the baby rats’ uteri, and also altered cellular proliferation. The expression of proteins involved in uterine development was also affected by exposure to the herbicide. In spite of these changes in development, no signs of chronic or acute toxicity were evident.

The findings of this study led the researchers to conclude that glyphosate exposure has the potential to negatively affect female fertility, and may also increase the risk of uterine cancer. The researchers also note that theirs is the first study to showcase glyphosate’s potential to disrupt endocrine function in newborn and adolescent rats.

It is important to also note that the researchers used amounts of glyphosate that were equivalent to the current United States reference dose, scaled to the individual weights of the rats. This means that the dose used on the rats was equivalent to what is currently permitted by our government, and even deemed safe for daily consumption.

Clearly, even when the dose of glyphosate is not causing toxicity, it can still cause other issues. This raises the question, “Is any amount of glyphosate actually safe?”

The answer is, probably not.

These are not the first hazardous effects of glyphosate to be seen and documented by science, and they surely will not be the last. Eco Watch has even gone so far as to create a list of some of the most pervasive diseases and conditions that have been attributed to glyphosate exposure.

Glyphosate’s capacity to disrupt thyroid hormones has been associated with an increased prevalence of ADHD in farming communities, for instance. Breast cancer, brain cancer and neurological conditions such as Alzheimer’s disease, autism, ALS, multiple sclerosis and Parkinson’s disease can all be caused by glyphosate exposure. Liver disease, kidney disease, respiratory problems, reproductive issues and birth defects have also been associated with exposure to this toxic herbicide. Digestive issues such as Crohn’s disease, ulcerative colitis, celiac disease and leaky gut syndrome have also been linked to glyphosate.

Eco Watch reports that Monsanto has falsified data on the safety of their product to protect their profit margins, and between the years of 1996 and 2011, managed to increase the use of herbicides by 527 million pounds – and that’s just in the United States.

Scientists continue to study and document the ill effects of glyphosate on both humans and the environment, and yet nothing is actually being done to stop its prevalence in our lives. Even as people protest and scientific data reveals its hazardous nature, Monsanto manages to remain unscathed and without scrutiny here in the USA.  Glyphosate contaminates not just the food we eat, but the water we drink and the air we breathe, and it needs to be stopped.