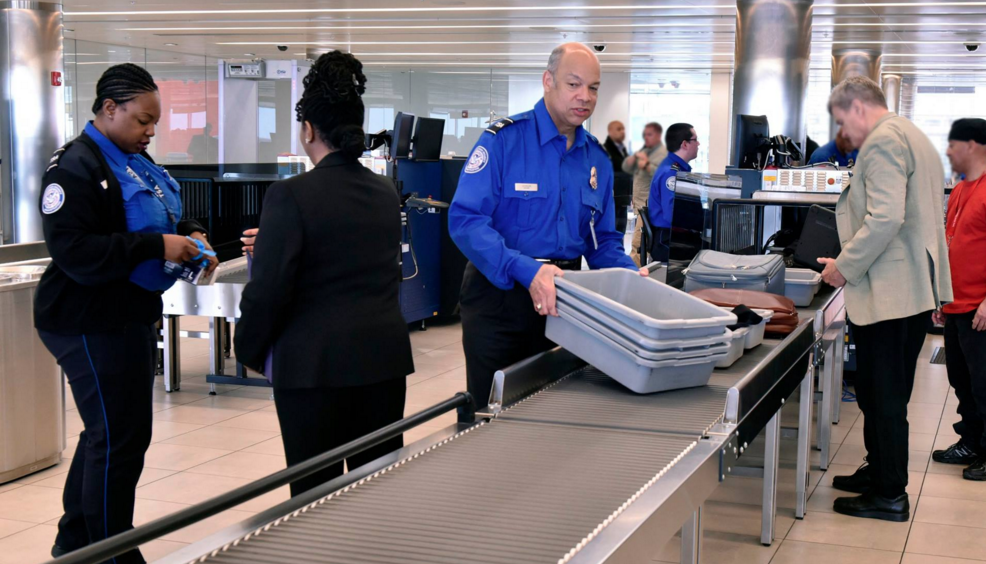 If you were to stand in line at the airport right now, you’d probably never even know that you can opt out of going into their full-body scanner. After all, everyone else does it, getting a good dose of radiation before boarding their plane. Why wouldn’t you do the same? That, my friends, is the exactly what the TSA is relying on!

However, Mike Adams — the Health Ranger and editor of Natural News — has discovered a simple and easy solution to the problem of overly invasive government agents. Just say “no” to peeping tom machines and tell the TSA agent that you would like to opt-out of the body scanner. Adams reports that after making his request, “A TSA agent told me to step to the side and stay put. He then proceeded to shout out loudly enough for all the other travelers and TSA agents to hear, “OPT OUT! OPT OUT!”

Adams posits that this attention-drawing behavior is probably designed to prevent others from deciding to opt out, as well. By attempting to humiliate dissenters, the TSA seeks to make other people less inclined to “step out of line,” if you will. Is denying the government access to an image of your naked body really cause for alarm?

Instead of going through the body scanner — which blasts you with cancer-causing radiation — Adams received a simple full-body pat-down. Adams notes that the pat-down was a very quick process, though it did take a bit longer than just stepping into a machine.

Adams states that what was most interesting thing about the ordeal was that no one else objected to stepping into the scanner. Everyone just did as they were told, and stepped into the full-body scanner to broadcast their naked bodies for the TSA’s viewing pleasure. The images have to go somewhere, and where they are going is to a TSA agent’s computer monitor! Of course, they say that these machines are incapable of storing the images they receive, but we all know that the world is filled with cellphones and despicable people — some of whom may or may not work for the government.

Adams states he is not convinced these privacy-invading machines actually do anything at all to enhance airport security. Security testing conducted in the past by the FAA has shown that it is not passengers who pose the greatest threat to airport security, but rather the ground crews, who can easily transport explosives or other devices into planes or other areas unnoticed.

Even if these naked-body scanners don’t actually protect travelers, they do prove one thing for sure. People will obey government officials even when they are treading on their personal freedom and privacy — especially to avoid being singled out from the crowd.

Of course, in late 2015, the TSA changed their rules on the opt-out program. Not everyone will be allowed to opt-out anymore. A spokesman for the TSA, BruceAnderson says, “Some passengers will be required to undergo advanced-imaging screening if their boarding pass indicates that they have been selected for enhanced screening…” In other words, certain people will be selected, supposedly at random, and forced to comply with the full, naked body scan. TSA critics have also pointed out that in a recent audit, they failed to catch weapons 67 times, out of 70!

So what is the point of all this nonsense again?