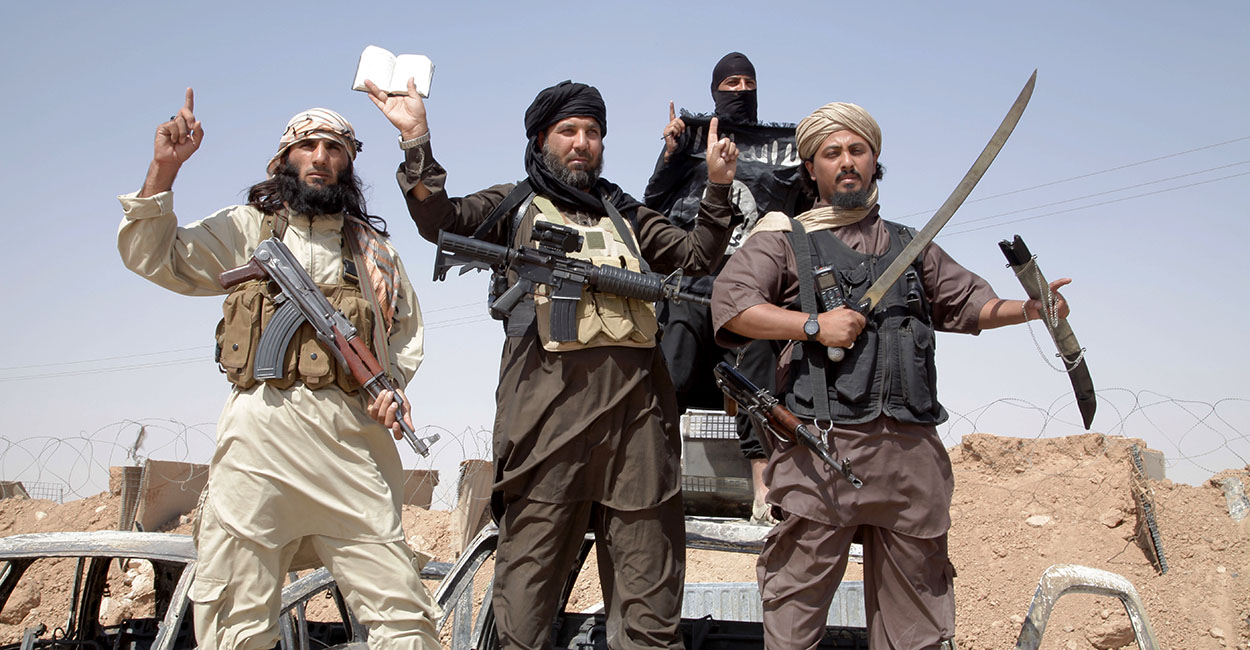 (Bugout.news) President Obama is either the most incompetent president in the history of the country – or he’s made a conscious decision, for some reason, to leave our southwestern border wide open in an era where international terrorism is spreading.

Those are the only two explanations for why he, as commander-in-chief, would pull border security resources and do next to nothing in the face of what can only be called an invasion. Tens of thousands of mostly poor, uneducated migrants from Mexico, Central and South America have been inundating our border for the past several years – ever since our president essentially telegraphed to the world he would not send people back if they managed to walk, stumble or crawl into our country, per an executive that has since been ruled unconstitutional.

No matter. The door has already been thrown wide open. And yet, we have a much bigger problem than dealing with the unwashed masses. Thanks to Obama, we have also opened the door for terrorists to walk in from Mexico.

According to Judicial Watch, an ISIS operative was arrested recently and criminally charged in Ohio. While being questioned by federal authorities, he confirmed what many have predicted: There are ISIS cells waiting in Mexico to cross into the United States and attack Americans.

This isn’t new to Judicial Watch. The legal watchdog organization reported last spring that there was an ISIS camp just over the border from El Paso, Texas, in an area known as “Anapra,” which is situated a little wet o Ciudad Juarez, in the Mexican state of Chihuahua. That story is here.

JW reported that, via a number of high-level law enforcement, intelligence and military sources on both sides of the border, the evidence that Islamic cells are operating in Mexico is clear, even though it has been denied by the administration. But the recently arrested ISIS operative appears to confirm that JW’s sources were spot-on.

The suspect – Erick Jamal Hendricks, 35 – has been charged with conspiring to provide ISIS material support. He said he created a sleeper cell consisting of at least 10 members, according to the Justice Department, and has additionally claimed that some of his “brothers” are holed up just south of the border. According to this criminal complaint, Hendricks also tried to “recruit people to train together and conduct terrorist attacks in the United States.”

The Hendricks case points to a broader issue of, not only homegrown terrorism, but the immense threat along the southern border. Islamic terrorists are training in southern border towns near American cities and have joined forces with Mexican drug cartels to infiltrate the United States. … Besides exposing ISIS camps just miles from Texas, Judicial Watch has verified that Mexican drug cartels are smuggling foreigners from countries with terrorist links to stash areas in a rural Texas town called Acala. Judicial Watch also uncovered a massive FBI scandal involving a narco-terror ringleader with ties to ISIS and Mexican drug cartels. As part of the FBI cover-up the agency facilitated the ringleader’s release from a Chicago jail last year.

Besides the obvious corruption, the lack of interest by the administration is appalling.

It’s not clear whether U.S. and Mexican intelligence and authorities are moving to infiltrate or eradicate such camps, as well as identify and intercept ISIS cells waiting south of the border. A reasonable person would probably assume that to be the case.

But since when has any decision Obama makes regarding border security and immigration policy been rational?

The fight is coming to our cities. Obama’s policies are ensuring that. Make time today to prepare.