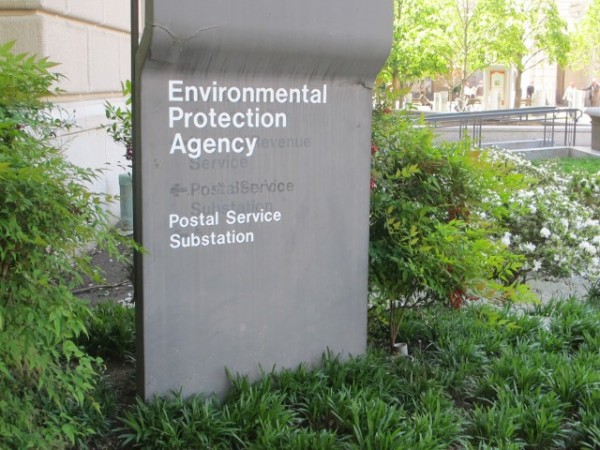 The Environmental Protection Agency (EPA) disregarded warnings from one of its own scientists in the late 1970s upon approving a gasoline additive know at MTBE, reports Dr. David Lewis, a former EPA employee and author of the book, Science for Sale.

According to Dr. Lewis, removing MTBE from the infected soil and groundwater has cost the United States billions of dollars. Too add insult to injury, the EPA approved a slew of treated sewages, otherwise known as biosolids, in the 1990s, despite multiple grievances from EPA scientists.

As a result, the air and water pollutants the EPA regulates are now in soils at concentrations millions of times higher than they ought to be. The EPA has become the antithesis of their intended purpose – namely, to protect the environment. To gain insight into the EPA’s in-competencies, Dr. Lewis draws upon several examples of poor leadership at the EPA, including his own top career EPA boss, former Acting Assistant Administrator Henry L. Longest, II.

Back in 2003, Longest started screening for the next crop of mid-level EPA managers who would help supervise the Office of Research & Development (ORD). To direct candidates, he dispersed Margaret Wheatley’s book, Turning to One Another. The book called on environmentalists to substitute Western science with the “New Science.” This transition leaves people feeling obfuscated, which she referred to as “the abyss.” While going through the abyss, new scientists are stripped of their religious beliefs and sexual reservations, and embrace each other.

To put Wheatley’s philosophy into practice, Longest sent out a questionnaire for potential ORD managers to finish. Although he promised applicants a confidential code would replace their names, he requested them to sign a consent form, which would allow their names to be known in an effort to boost the quality of the research data, Dr. Lewis explained in an article.

The questionnaire, which the Washington Post leaked, was instigated to determine how employees felt about promiscuity. For instance, participants were asked whether or not they agreed with the noted statements: I am a very flirtatious person; When I’m attracted to someone, I am overwhelmed by desire; Almost everybody has something sexy about them; I have dated a lot of people; I have difficulty talking to attractive persons of the opposite sex; I become self-conscious when using public toilets.

The questionnaire also inquired about the candidates’ religious beliefs, including whether they thought about God, attended religious services regularly, whether they put their trust in God and sought God’s aid. It seemed Longest wanted to know whether candidates had any ethical hesitations about joining the “new scientists.” Other statements were deployed to gauge their consent to stay silent like the following: If a story in the media criticized ORD, I would feel embarrassed; and I’m always respectful of people of higher status than myself.

Longest had a reputation in the EPA for degrading women. Despite multiple filed complaints, his behavior continued. Over the course of his career, he was awarded the highest honors of the EPA, including Presidential awards in Rose Garden ceremonies at the White House.

To learn more about the chicanery history of the EPA, be sure to check out Dr. Lewis’s new book, Science for Sale, here.