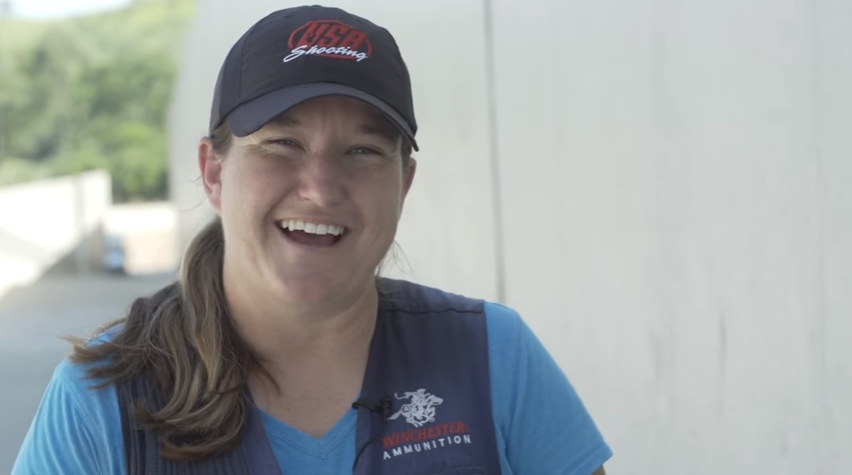 Now even American athletes are speaking out against the leftist regime’s ridiculous campaign against the Second Amendment.

Multi-time Olympic medalist Kim Rhode is currently competing in the 2016 Olympic Games in Rio de Janeiro, Brazil, but took time out of her busy competition schedule to discuss how absurd regulations on firearms directly effect her.

A competitor in skeet shooting, Rhode fires between 500 and 1000 rounds every day as part of her training. As you can imagine, this has her purchasing ammunition very frequently. Under California’s new laws, a background check must be performed every time Rhode wants to buy cartridges for her guns. One can only imagine how much of an annoying inconvenience this must be.

Her issues with the regulations spread beyond far annoyance, though.

In an interview with The Guardian, Rhode defended law-abiding gun owners, stating, “When you look at these events that have been occurring, they’ve been occurring in some of the strictest gun law countries in the world. You have Paris, you have San Bernardino, which was actually in a gun-free zone, so, yeah, it’s actually something that you take into consideration.”

She makes some very valid points that a vast majority of freedom-loving Americans have been stating for years now. It’s completely unconstitutional for liberal lunatics to try and take away the rights of the country’s citizens.

Sadly, that hasn’t prevented the likes of Jerry Brown and Hillary Clinton from stepping up and waging war on values that our country was founded on. We continue to protest — and they continue to ignore us.

Hopefully an American hero like Rhode speaking out in support of the Second Amendment will force some of these brainwashed politicians to listen. The safety of the American people is truly at risk every single day, and being able to defend ourselves properly and efficiently is necessary.