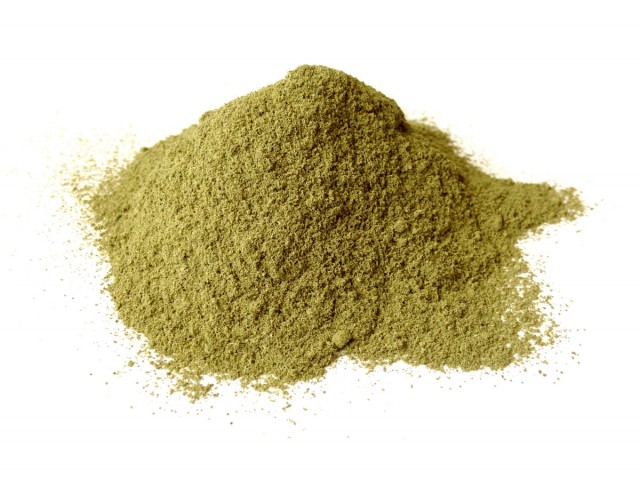 Leaves from the herb kratom, an evergreen tree in the coffee family native to Southeast Asia, are used to alleviate pain and boost moods as an alternative to opioids. Due to its psychoactive properties and its potential addictiveness, however, six states, including Vermont and Indiana, have prohibited the sale and use of the herb.

Kratom has been used medicinally for centuries. At present, the herb’s leaves are grounded into pills and powders, and sold as dietary supplements. It can be purchased in head shops, online and is even packaged into some drinks and bars. Since kratom is classified as a supplement, however, it is not heavily regulated by the U.S. Food and Drug Administration (FDA).

At low doses, kratom acts like a stimulate and can improve alertness. At high doses, kratom acts like a sedative and can minimize pain like an opioid. This effect is due to mitragynine, the active ingredient in kratom, which binds to opioid receptors in the body, explained Dr. Ed Boyer, a professor of emergency medicine at the University of Massachusetts Medical School, to CNN. Contrary to opioids like hydrocodone or heroin, kratom doesn’t seem to slow down breathing, Boyer added.

More and more people in the United States are using kratrom to help treat their pain. On the web, there are testimonials about how kratom has helped opioid users kick their addiction to the curb. It has become a popular alternative to opioids, Boyer noted.

“One of the benefits of it is, it treats opioid withdrawal, helps individuals with problematic opioid use, eliminates some of the stigmas,” he said.

Conventional treatments for opioid addiction, including methadone and buprenorphine, tend to demand recurrent visits to the doctor. Fortunately, kratom doesn’t have this problem, since it can be purchased online or at the store.

Although kratom may be a good alternative to opioids, many worry it simply substitutes one addiction for another. The DEA claims long-term withdrawal symptoms from kratom can encompass hostile behavior, mood swings, aches in the muscles and bones and limb convulsion. In some instances, kratom may provoke hallucinations; although, this was based upon a 1975 Thai study with participants who had a history of opium and heroin abuse.

On the whole, the effects of kratom aren’t well known. There have been a few cases of seizures associated with kratom use. “It appears in certain individuals … but it’s clearly an uncommon event; otherwise, you would find a lot of reports of it. That’s not being seen. It’s very sporadic,” Boyer said. And although there have been many deaths affiliated with kratom, in every single case, other drugs were in the mix.

Furthermore, since kratom is not heavily regulated, it is difficult to deem if the supplement contains additives that might make it toxic. According to one study, “the protean blends of herbal products, and potential for contamination with synthetic chemicals, make the risk for opioid-related death a real and unpredictable possibility.”

Also, in 2014, the FDA released an import alert that permitted U.S. customer agents to seize kratom without a physical examination, according to CNN. “ We have identified kratom as a botanical substance that could pose a risk to public health and have the potential for abuse,” said Melinda Plaisier Associate Commissioner for Regulatory Affairs at the FDA.

Regardless, Boyer said there is not enough information about kratom to derive any definitive conclusions about the herb.