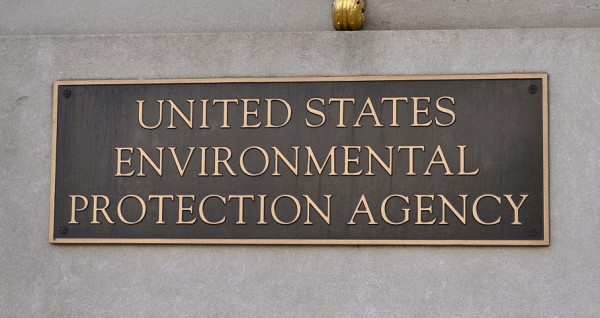 (BigGovernment.news) The U.S. Environmental Protection Agency ponied up more than $1 million last week to reimburse affected communities, a year after an EPA-led remediation operation at a Colorado mine backfired and sent three million gallons of toxic water into nearby waterways.

The EPA’s Office of Inspector General has also confirmed that it is conducting a criminal investigation into the federal agency’s actions last August at the abandoned Gold King Mine near Silverton, Colo. The excavation of a horizontal drainage passage caused pressurized water containing heavy metals to spew into a nearby creek and eventually contaminate waterways in three states and the Navajo Nation.

Rep. Scott Tipton (R-Colo.), whose district includes the Gold King Mine, is supporting local communities in their request that the mining district be added to the National Priorities List, which would make the area eligible for long-term cleanup strategies under the Superfund program, Tipton’s spokeswoman told AMI Newswire.

Liz Payne said the congressman is also planning to introduce legislation later this year called the Good Samaritan Act, which would encourage organizations with expertise in environmental cleanup, such as conservation groups and mining companies, to take on cleanup projects without being saddled with huge liability risks and civil lawsuits.

In addition, Tipton wants to get to the bottom of any errors made by the EPA that led to the spill, which affected areas downstream in New Mexico and Utah as well. “We’re still holding them responsible for making wronged parties right again,” Payne said.

Last year’s spill turned the Animas and San Juan rivers orange, hurting farmers who depended on the waters for irrigation and taking its toll on rafting companies. The incident also produced starkly competing narratives on the agency’s actions and its response to an environmental emergency.

The House Oversight Committee, which held hearings into the matter last fall, painted the image of EPA officials as bumbling federal bureaucrats whose incompetence caused the spill. The committee’s website offers numerous “takeaways” from the hearings, including the conclusion that the EPA’s response to the spill was slow and insufficient and that it failed to consult the Fish and Wildlife Service about the remediation efforts, as required by law.

The EPA, on the other hand, states that it has to date dedicated more than $29 million to deal with issues arising from the spill. That includes more than $2 million in Clean Water Act funds and $3.1 million in reimbursements for emergency response actions by the affected communities.

Meanwhile, the surface water in Colorado and along the San Juan River has returned to its prespill quality, based on the data gathered from samples after the accident, EPA reports state.

The EPA funding awards include nearly $500,000 given to the Navajo Nation and more than $700,000 to reimburse local response costs in Colorado and Utah – both announced last week – according to EPA news releases.

EPA officials also characterize the problem not in terms of a single catastrophic blowout but a major regional challenge in the West, where leaching from more than 160,000 closed mines naturally sends millions of gallons of water containing heavy metals into watersheds.

Even so, the agency acknowledges the high public interest in the Gold King Mine spill. The EPA confirmed publicly at the end of July that its Office of Inspector General has opened a criminal investigation into the incident. An EPA news release also said that a program evaluation into the incident – which will include formal findings and recommendations – is now on hold until the EPA’s Office of Investigations and the Department of Justice give the go-ahead to release investigation results.

“If there is evidence of criminal misconduct, the EPA OIG special agent will present the relevant facts to the appropriate prosecutor,” EPA spokesman Jeffrey Lagda said in an email to AMI Newswire Tuesday.

The inspector general’s evaluation will examine both the cause of the Gold King Mine release as well as the EPA’s response to it, Lagda said.

Other government responses to the spill continue to play out. In New Mexico, Republican Gov. Susana Martinez is seeking $130 million in damages in a lawsuit against the EPA, the contractors involved in the mine remediation, the mine owners and the state of Colorado.

“We’ll continue to do all we can to keep New Mexicans safe and informed about any long-term effects, as well as to hold the EPA accountable, the same way they would if a private business had been responsible,” Martinez said last week in a prepared statement.

Democrats in the U.S. Senate have also echoed the GOP’s criticism of the EPA since the mine accident. In a joint statement last week, New Mexico Senators Tom Udall and Martin Heinrich said: “Investigations have shown that the EPA made several serious mistakes that led to the spill. The agency owes it to the people of New Mexico and the Navajo Nation to make things right.”

The senators have introduced legislation titled the Hardrock Mining and Reclamation Act of 2015, which would require that mining companies pay a royalty to offset future mine cleanup costs and prevent catastrophic accidents. The legislation, however, is stalled in the Committee on Energy and Natural Resources.