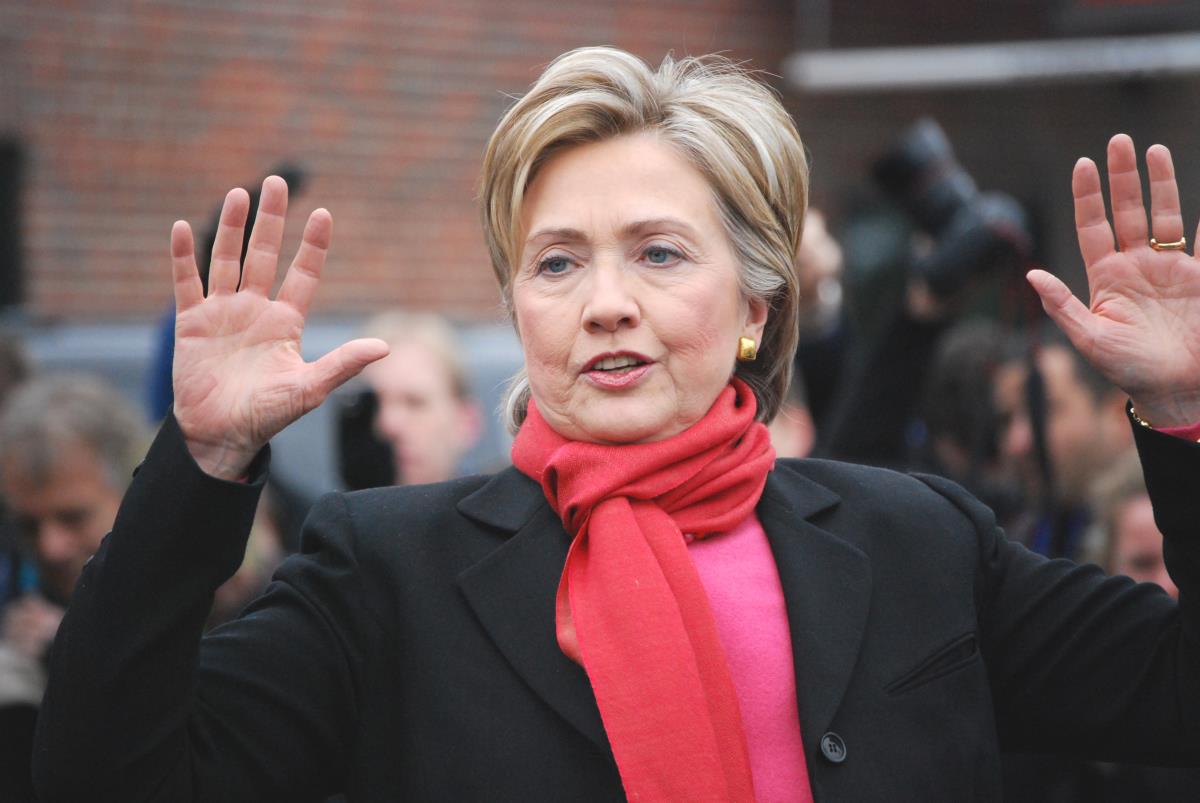 “She’s one of the wealthiest women in politics. Combined income: $30 million. Tours the world in private jets. Protected by armed guards for 30 years. But she doesn’t believe in your right to keep a gun at home for self-defense. She’s an out-of-touch hypocrite. And she’d leave you defenseless,” the ad declares.

The Washington Post shot back on Monday, claiming Clinton’s stance on the Second Amendment is less draconian than the ad assumes. The candidate calls for comprehensive background checks, repealing the gun industry’s immunity from lawsuits for negligence, revoking the licenses of gun dealers that knowingly supply weapons to straw purchasers and gun traffickers, and toughening laws and regulations to prevent domestic abusers and the mentally ill from obtaining guns. She also calls for a renewal of the assault-weapons ban, according to the Post.

The article appears to be a response to Donald Trump’s warning earlier this month Clinton will attack the right of Americans to own firearms. “My opponent wants to essentially abolish the Second Amendment,” Trump said.

The newspaper mentioned a Clinton fundraiser in 2015 when the candidate was recorded declaring the Supreme Court was “wrong on the Second Amendment and I am going to make that case every chance I get.” She demanded the reinstitution of the assault weapons ban that expired in 2004. “The idea that you could have an open carry permit with an AK-47 over your shoulder walking up and down the aisles of a supermarket is just despicable,” she said, amounting to a direct attack on open carry, which is legal in most states.

According to the Post, it is a “fool’s errand” to predict what a future Supreme Court will rule on the Second Amendment. “Moreover, Clinton’s public positions on gun control are far less extreme than suggested by the ad. Her main focus has been on taking steps that she contends would reduce gun violence,” writes Glenn Kessler.

Legal analysts, however, say a Clinton appointee to replace the late Antonin Scalia on the Supreme Court will likely mean the Court no longer supports the right to possess firearms as reaffirmed by a narrow 5-4 decision in 2008. “They may reverse that decision, or they may limit it so it doesn’t mean much,” David Bernstein, a law professor at George Mason University, told Fox News earlier this month.

The Post does not mention the ideological composition of the Court. Stephen Breyer, Ruth Bader Ginsberg, and Sonia Sotomayor are considered liberal. There is not enough data on Elena Kagan, but it is assumed she falls on the liberal side. Clarence Thomas, Anthony Kennedy, John Roberts and Samuel Alito are considered conservative and in favor of protecting the Second Amendment. While the Court is considered evenly divided, with the wildcard of Kagan, appointments by Clinton if elected would tip the balance.

Hillary Clinton’s animosity toward the Second Amendment is obvious. Her proposed legislation, even without a ruling by the Court, would result in severe restrictions on the right to own firearms. A liberal Court would almost certainly reduce the Second Amendment to a dead letter.