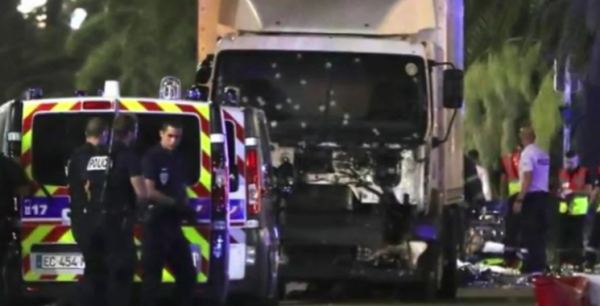 France has been Europe’s most frequent target of terrorism in recent years, and because it has been, French authorities have begun adopting extra measures of security. That includes keeping French schoolchildren safe.

While American students have long practiced how to respond to a fire, French kids are being taught what to do if their school is attacked by terrorist gunmen.

As reported by Breitbart News, the French government has issued a statement providing head teachers with instructions on “enhanced measures for school safety.” The government has outlined several new security measures that include preparing students for surviving a terrorist assault.

Following the Bataclan massacre last November, the French government put out several small publications that advised schools about how they could increase security. It wasn’t until after the Nice Bastille Day attack, however, that Interior Minister Bernard Cazeneuve and Minister of Education Najat Vallaud-Belkacem signed new measures that said school security would become “a top priority” for the government.

Beginning in September, Breitbart noted, schoolchildren will engage in three terrorism shooter drills during the school year, including one bomb threat scenario. In addition, a distinctive-sounding bell will be installed in schools that is easily discernable from the standard fire alarm bell. Students will be taught how to recognize which signal indicates which threat they face, while school administrators will also add SMS text message warnings to all pupils in the event of a terrorist attack.

Also, pupils in the third form (14-year-old students) are going to be taught first aid basics and “resilience” – how to react if they are caught up in a terrorist assault.

Head teachers will soon be charged with securing all areas of vulnerability on school premises as well. That will include boosting surveillance on public roads in the areas surrounding school buildings and naming a “security manager” to head up overall security and crisis management.

Because schools and pupils are considered legitimate targets by the Islamic State, French school officials have been asked to conduct meetings with parents and schoolchildren at the start of the academic year, outlining all the enhanced security steps that will be taken.

An online francophone publication produced by the Islamic State called Dar al-Islam, or House of Islam, published an edict following the Bataclan attack that commanded all Muslims to get their children out of French schools and to “kill teachers,” which the publication referred to as “corrupters.”

French authorities are taking such warnings very seriously, not only because the country has experienced more than its share of Islamic extremism but because Paris has witnessed jihadist violence against schoolchildren in the past.

On March 19th, 2012, a French-Algerian terrorist named Mohamed Merah drove to the entrance of the Ozar Hatorah schoolhouse in Toulouse on a motorcycle and began firing. Yonatan Sandler a Jewish rabbi and teacher at the school, was shot outside the school gates, along with his two sons, Aryeh, 6, and Gavriel, 3. Sandler actually fired first as he tried to shield his sons from the gunman; all three were eventually killed.

Merah entered the school next and snatched Miriam Monsonego, the eight-year-old daughter of the head teacher, by the hair, then shot her point-blank in the head. It was the worst school-related attack in the history of France.