California about to pass the ‘Medical Pedophiles Protection Act’ to criminalize journalists for posting videos that document medical abuse of children, seniors and surgical patients 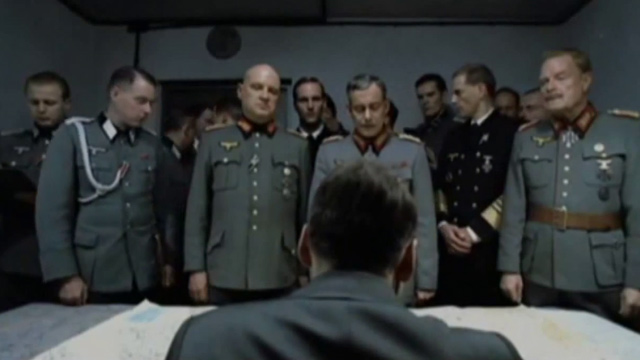 As yet more proof that you’re living in a totalitarian police state regime run by mentally insane criminals named Jerry Brown and Nancy Pelosi, California is about to pass a law that would explicitly criminalize undercover investigative videos of all “health care providers.”

This means any journalist who records nursing homes abusing elderly patients would be thrown in jail, right alongside the parents who are now being criminalized by the vaccine mandate SB 277. (Oh yeah, SB 277 was just the beginning of Gov. Brown’s totalitarian violation of fundamental human rights.)

“The bill would criminalize publishing undercover video footage of ‘health care providers’ and subject third parties, including journalists, to penalties for reporting and distributing the illegally recorded footage,” reports AllGov.com. “Under AB 1671, a journalist receiving and posting footage from an anonymous source could be punished by the state as well as be opened up to potential civil lawsuits. Whistleblowers would not be exempt from the proposal either, regardless of how they obtained the illegal footage.”

Doctors who rape patients under anesthesia can now count on the corrupt state government of California to protect their “privacy” from investigative journalists who film them to expose their abusive assaults. Abortion chop shop organ harvesting factories — also known as “Planned Parenthood” — would also be safe from the scrutiny that comes from the investigative journalism that recently caught their principals on tape, admitting to harvesting intact human heads (and other body parts) from partially born, living, breathing babies who are then killed on sight so that their valuable organs can be collected and sold off for “medical science.”

Yes, California is about to become North Korea, and assembly bill AB-1671 codifies it into law. Click here to read the proposal law yourself, so that you can better understand how a police state silences freedom of the press and crushes journalistic liberty in order to conceal the mass murder of babies, patients and senior citizens who are routinely abused or murdered by rogue health care providers.

Even more shockingly, the proposed California law describes one year prison sentences for any blogger or journalist who posts someone else’s undercover video involving health care abuses. The law actually states, “A person aids and abets the commission of an offense when he or she, with knowledge of the unlawful purpose of the perpetrator and with the intent or purpose of committing, facilitating, or encouraging the commission of the offense, by act or advice, aids, promotes, encourages, or instigates the commission of the offense…” The law further states that criminal prosecutions apply to anyone who “intentionally discloses or distributes, in any manner, in any forum, including, but not limited to, Internet Web sites and social media, or for any purpose, the contents of a confidential communication with a health care provider that is obtained by that person…”

In other words, if someone films a lunatic doctor — such as Dr. Richard Pan, as an example — medically assaulting an innocent child, any person they “leak” the video to will be arrested and thrown in prison if they post the video online. I call it the Medical Pedophiles Protection Act because it would give abusive doctors, surgeons, dentists and nursing home staffers carte blanche protection against being exposed by real journalism.

The criminal government of California hates real journalism, you see. The free press must be criminalized, just as it has recently been criminalized in China, where all independent blogs and news websites have now been shut down by decree. In China, North Korea, Venezuela and now California, all media is limited to official state-run media, and those who defy the official narratives of the criminal politicians must be intimidated, terrorized and imprisoned.

In places like China and North Korea, coincidentally, this also involves having your organs harvested to be sold off to black market buyers. California is different. There, the organ harvesting takes place at Planned Parenthood and is called “scientific research.”

Not only would this proposed law AB-1671 make it illegal for journalists to record and distribute videos exposing medical doctors sexually assaulting young children; it also encourages medical pedophiles from across America to move to California and set up practices there, where they can operate with impunity, knowing that anyone who catches them on film sexually assaulting a child will be thrown in prison themselves. How’s that for justice?

It’s the new Pedo Gold Rush of modern medicine, and it’s all made possible by Gov. Jerry Brown, the same despicable Governor who already legalized medical child abuse with SB 277. Now he wants doctors with pricks and dicks to be able to violate children with impunity, all while throwing the journalists in jail for trying to protect those children from systematic medical child abuse. Perhaps the Governor should change his name to Ben Dover and add his name to state highways signs: “Welcome to California! BEN DOVER.”

What a wonderful new liberal society Gov. Brown and his radical leftist minions have created for Californians. The truth is criminalized. The science is fabricated. Parental rights are obliterated. And journalists are terrorized into silence.

As Jon Rappoport explains on his site:

If you feel you’ve just entered the Twilight Zone, gone down the rabbit hole, you have.

How about this? Some enterprising citizen-reporter in California secretly records a conversation with a doctor, in which the doctor admits that he vaccinates all children-patients, but would never vaccinate his own kids.

The video link is sent to a journalist in Los Angeles, who then posts it on his website. Suddenly, that LA journalist is hauled into court and the video is taken down.

What about this? Somebody makes a secret recording of a conversation between a well-known oncologist and his colleague about the massive dangers of chemotherapy—including remarks about several of the doctors’ cancer patients who actually died from chemo. A freelance reporter, who obtains the video, posts it on his site. The video is taken down, the reporter is arrested, prosecuted—and sued.

And couldn’t a California-based pharmaceutical company claim status as a “health provider?” Supposed an employee secretly recorded a conversation between two executives, during which they admitted the company buried studies of a new drug because “too many volunteers died” during testing. The employee sends the recording to a reporter at the LA Times. The reporter shows it to his editor. Is that in itself a crime?

Just so you know the real score in this totalitarian era of criminal government, remember that the government reserves every right to secretly spy on YOU and record your keystrokes, web searches, phone calls, emails and even covert videos of you in your own home. All these secret recordings, mostly obtained without warrants of any kind, can be legally used to incriminate you for engaging in “illegal activity” such as consuming CBD oil, for example, which the DEA still considers to be a Schedule I Controlled Substance.

Yet when a citizen such as yourself conducts an undercover investigation into the crimes, abuses and violations of health care providers, suddenly you’re the criminal yet again. YOU get arrested, charged and thrown in prison while the real criminals who are sexually abusing children and anesthetized surgical patients get away scot-free. See how it works? Government protects the medical criminals, pedophiles and abusers precisely because those kind of people represent the very foundation of the corrupt medical system in the first place.

Welcome to the real California, where the Medical Pedophiles Protection Act is about to be signed into law, thereby “protecting” the numerous crimes of health care violators who routinely harvest organs from innocent children (who are first murdered, of course). This is the new “progressive society” the liberals promised you… are you enjoying it yet? Do you realize that socialism and communism always eventually leads to genocide and mass murder? (If not, read some history to learn what happens when societies devolve into totalitarian government regimes…)

Vote for Hillary and you’ll get even more of this. Keep electing democrats to office and you’ll sooner or later find yourself living (or dying) in North Korea. Oh yeah, and it’s all to “protect you” because the government knows best. So hand over your children, your parental rights, your human rights and your dignity. Father J. Brown wants to protect pedophiles, rapists and abusers who practice “health care” in the state of California, and there’s absolutely nothing you can do to stop them unless you’re willing to go to prison.

No wonder every sane person is now leaving California for good. The economic collapse of the state, by the way, will inevitably follow the collapse of human rights and free speech rights that we’re currently witnessing. California is lost. It’s now on a collision course with extreme left-wing despotism and police state tyranny. ESCAPE WHILE YOU STILL CAN.