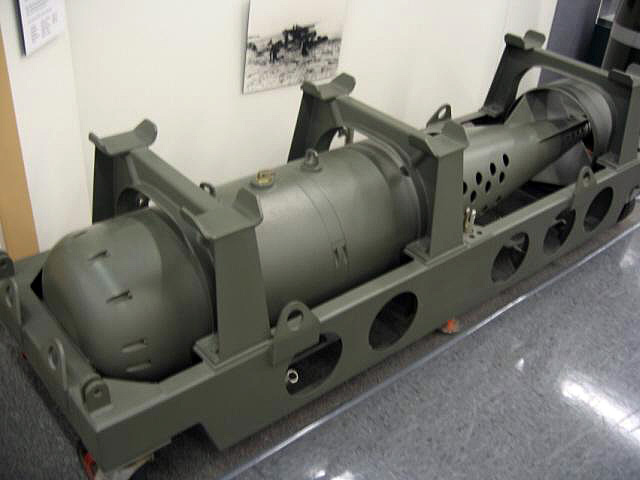 (NationalSecurity.news) The United States government once considered stockpiling nuclear weapons at a base in Iceland without that government’s knowledge or permission, but backed off the plan after American diplomats objected.

According to a newly declassified State Department document from the National Security Archives, although the U.S. never went through with the Cold War deployment of nukes to Iceland, diplomatic and administration officials nevertheless debated the possibility, including deploying the weapons in secret.

A 1960 letter from U.S. Ambassador to Iceland Tyler Thompson rejected the deployment proposals, “but the revelation of internal discussions on the subject ties in the broader issue of the practice of U.S. nuclear deployments overseas during the Cold War,” the National Security Archive noted.

Thompson was aware that authorities in Iceland wondered if the U.S. had indeed placed nuclear weapons in their country. Aware that Iceland’s ties to NATO and the Western security system at the time were fragile, he argued in his letter that if Reykjavik found out about a secret nuclear deployment, it could leave NATO altogether.

Further, he said, a “dramatic row” could “be expected to have an unfortunate effect on our friends and allies, to affect adversely our interests as far as neutrals are concerned, and to provide a propaganda field day for our enemies.”

Though the fact that the U.S. never deployed nuclear weapons to Iceland is settled, that doesn’t mean there were no nuclear plans for the country. Previous research found that during the Cold War Iceland was considered a potential nuclear storage site.

One researcher, Valur Ingimundarson, found that at the end of the 1950ss, the U.S. Navy ordered construction of a facility that would house nuclear depth charges – an Advanced Underseas Weapons (AUW) Shop on the outskirts of Keflavik airport. The facility was built by local Icelander workers who believed it was going to be a storage facility for standard torpedoes.

It wasn’t clear if Thompson kenw about that facility or the plans for it, however. During the 1980s researchers noted that a presidential directive from the Nixon era considered Iceland as one of several “Conditional Deployment” locations, where nuclear weapons may be stored if war broke out with the Soviet Union.

“An AUW storage facility would make sense in that context. Nevertheless, all such arrangements were kept deeply secret because of the political sensitivity of the U.S. military presence in Iceland,” said the Archives.

The Thompson letter was heavily redacted upon release, which means the U.S. National Security community has not formally acknowledged that Iceland figured in the Pentagon’s nuclear weapons strategy.

“This is not surprising because the U.S. government has not acknowledged the names of a number of other countries which directly participated in the NATO nuclear weapons stockpile program during the Cold War (and later): Belgium, Greece, Italy, the Netherlands, and Turkey (only West Germany and the United Kingdom have been officially disclosed),” the Archives reported.