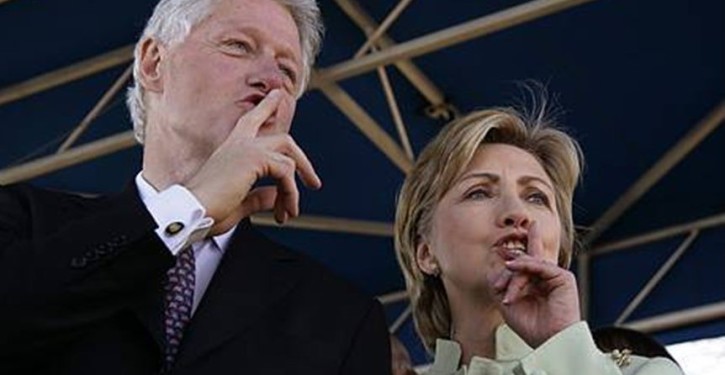 In the 1980s during the Reagan administration, various officials within the government and national security structure set up an operation whereby the United States would sell arms to the government of Iran in exchange for the release of some U.S. hostages. Following the sale, the money was then transferred to Contra rebels who were fighting the communist-dominated government of Nicaragua.

There was one major problem with the operation, however: Every phase of it was illegal. U.S. statutes forbade the sale of weapons to Iran, an enemy even back then, and Congress had barred the administration from providing any funding and support to the Contra rebels.

It seems that, in the 2000s, little has changed except the names of the major players. Enter then-Secretary of State Hillary Clinton.

According to WikiLeaks founder Julian Assange, his organization has obtained a trove of Clinton’s emails that indicate she was at the center of a weapons transfer operation in which many of them wound up in the hands of the Islamic State, otherwise known as ISIS.

As reported by Democracy Now, in March WikiLeaks launched a searchable archive for more than 30,000 emails and attachments that were sent to and from Clinton’s private email servers that she set up and used while at the head of the State Department.

The operation managed to retrieve roughly 50,000 pages of documents that span from June 2010 to August 2014. Of those, 7,500 documents were sent by Clinton. The State Department had released the emails as part of a Freedom of Information Act request.

In an interview, Assange – who described WikiLeaks as a “rebel library of Alexandria,” said that Clinton’s emails were mated with diplomatic cables with other Clinton materials he has already published on the site, “creating a rich picture” of how the Democratic presidential nominee functions in office.

More broadly, Assange said, the emails and other documents provide insight into how the State Department in general operates.

“So, for example,” he said, “the disastrous, absolutely disastrous intervention in Libya, the destruction of the Gaddafi government, which led to the occupation of ISIS of large segments of that country, weapons flows going over to Syria, being pushed by Hillary Clinton, into jihadists within Syria, including ISIS, that’s there in those emails.

“There’s more than 1,700 emails in Hillary Clinton’s collection, that we have released, just about Libya alone,” Assange added.

What he’s saying is this: The Obama administration, via Clinton’s State Department, supplied weapons to the world’s foremost terrorist power, and Clinton’s emails prove it.

Assange is, in effect, confirming what the Citizens’ Commission on Benghazi has said: That the Clinton-led policy in Libya during the so-called “Arab Spring” ultimately allowed U.S. weapons to flow into the hands of not only ISIS but also elements of Al Qaeda in Syria.

Former CIA operative Clare Lopez, who was a co-author of the report, also noted that scores of other operatives were involved in a sort of gun-running scheme, and that a group of lawmakers known as the “Gang of Eight,” at a minimum, were aware of the operation.

The evidence is clear that Clinton not only made the wrong decisions regarding U.S. policy in Libya and Syria, but that her actions led to the arming, aiding and abetting of an enemy.

One other recent development that seems to indicate Clinton is with the terrorists, not Americans. During a campaign speech in Orlando, Fla., this week, Seddique Mateen, father of the Orlando shooter, was seen sitting in the crowd behind her, cheering her on.

To date, Clinton has not disavowed Mateen or what his son did. And for the record, Mateen supports the Afghan Taliban.