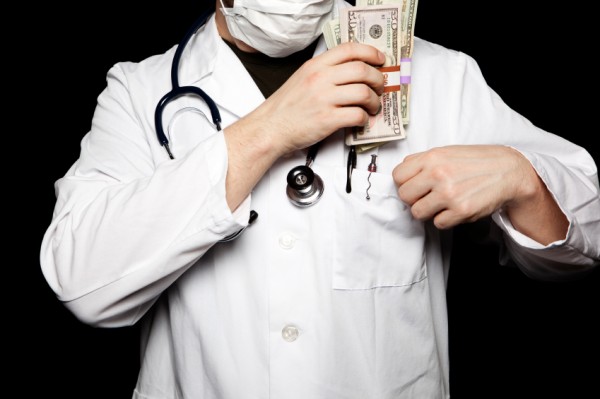 As if Big Pharma didn’t already do enough damage to the adults in this country, now children as young as 18-months old are being prescribed all kinds of drugs, and sadly are also suffering the side effects.

The story of Andrew Rios exemplifies corruption in the medical field to a perfect tee. At just 5 months old, Andrew began experiencing seizures. When he was “old enough” at just a mere 18-months, his neurologist prescribed felbamate, an epilepsy drug. The drug led to immediate, shocking side effects. Though he was just a toddler, Andrew become disturbingly violent, which eventually led to the prescription of yet another drug. Instead of taking him off the felbamate, an anti-psychotic drug known as Risperdal was prescribed. Risperdal is used in adults to treat a variety of mental illnesses such as bipolar disorder and schizophrenia. Mind Freedom reports that there is currently a petition for the FDA to revoke the drug’s approval for children due to a host of adverse side effects.

After beginning the Risperdal routine, Alex’s symptoms failed to get better, and in fact became worse. This innocent toddler suffered delusional fits of insomnia, and would often wake from his sleep screaming. Genesis Rios, the little boy’s mother said, “Everything became worse.” She also commented that the doctors prescribed her son drugs “like they were Tic Tacs.”

Alex Rios is not the only child suffering at the hands of Big Pharma and their paid-off shills, who still somehow manage to retain their medical licensing.

An article written by Thomas Insel for the National Institute of Mental Health in 2014, discussed a report by the CDC that had been featured at a then-recent symposium. The CDC’s report indicated that upwards of 10,000 toddlers in the United States were receiving psychostimulant medication such as Ritalin. And that is just toddlers.

Natural News reports that over a million children under the age of five are also being prescribed such medications. Insel argues that perhaps people should be more concerned about the increase in children having mental health and emotional issues, rather than how many of them are on drugs. While it certainly is a concern, he fails to see the big picture: Why are we choosing heavy-duty medications for small children, instead of providing them with actual therapy to help them overcome their issues?

Children should be encouraged to talk to a therapist or participate in therapeutic activities like art and music. Why are doctors not suggesting that we teach our children appropriate coping mechanisms, and instead turning them into drug-addled zombies? Why do doctors try to counteract the side effects of one medication with more drugs, rather than taking the child off the pills that are causing the problems in the first place? Why? Because that’s not what Big Pharma wants.