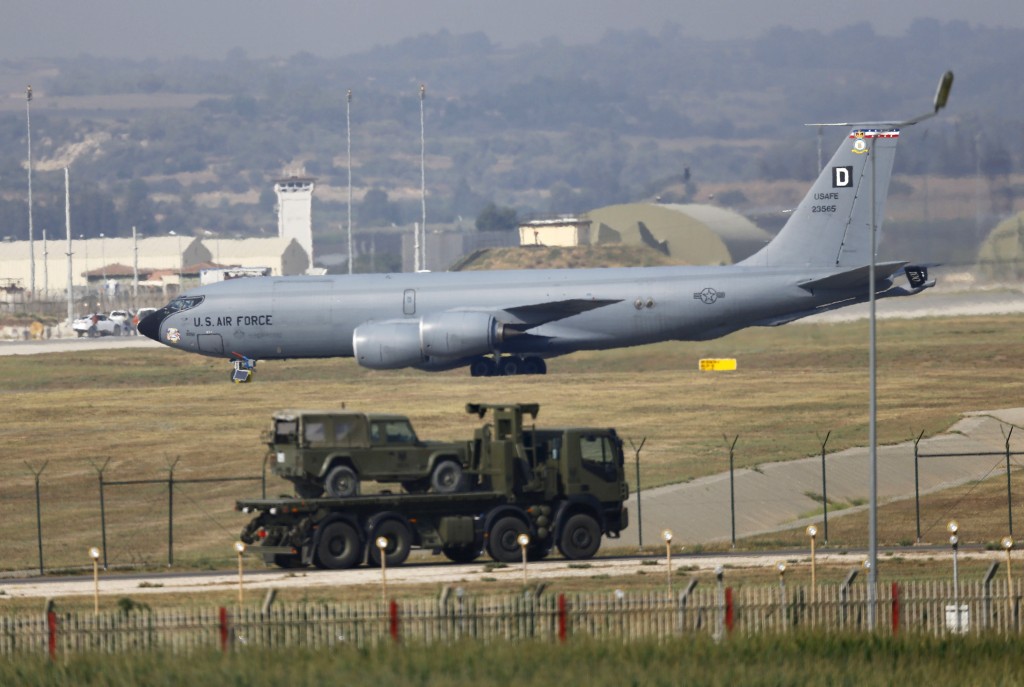 (NationalSecurity.news) Romanian officials have repudiated a report that the United States is transferring nuclear weapons from Turkey to Romania.

About 50 American B61 nuclear gravity bombs are widely believed to be stored at Incirlik air base in Turkey as part of the U.S. commitment to NATO. The aftermath of the failed coup in July has raised concerns about the security of U.S. military assets in Turkey.

In an Aug. 18 story labeled “exclusive,” the web portal EurActiv posted a story describing the transfer of B61’s from Turkey to Romania.

“Two independent sources told EurActiv.com that the U.S. has started transferring nuclear weapons stationed in Turkey to Romania, against the background of worsening relations between Washington and Ankara,” the story reads.

The transfer has presented a number of challenges, the story said, quoting an unnamed source.

“It’s not easy to move 20-plus nukes,” the anonymous source reportedly said.

The weapons were moved because relations between the United States and Turkey “had deteriorated so much following the coup that Washington no longer trusted Ankara to host the weapons,” the anonymous source reportedly told EurActiv.

As reported by AMI Newswire, a Washington think tank issued a report earlier this month citing the coup as a reason to question the security of American B61 nuclear bombs at Incirlik air base.

“Whether the U.S. could have maintained control of the weapons in the event of a protracted civil conflict in Turkey is an unanswerable question,” states the report from the Stimson Center.

The think tank raised the question within the larger context of recommending that B61 weapons be removed from Europe altogether.

According to the Stimson Center, 180 tactical versions of the B61’s are stored at six bases in Europe: in Belgium, Italy, Germany, the Netherlands and Turkey.

The EurActiv website, which publishes in English, French and German, speculated that the Turkey weapons are being moved to Deveselu in Romania. Deveselu is the home of a new missile shield designed to protect NATO. The defense shield, housed at a U.S. Navy facility, was denounced by Russia as a threat.

The nuclear-transfer story is a “fake report,” tweeted Paul Ivan, a senior policy analyst at the European Policy Centre in Brussels.

“I have very strong doubts about this story,” Ivan posted. “[Deveselu] base doesn’t even have a functioning runway.”

Additionally, Ivan wrote, moving the weapons to Romania would be “politically too risky” given that “Romania is not part of NATO’s nuclear sharing policy.”

The notion that the United States would move nuclear weapons to Romania in violation of treaty agreements is “silly,” a Pentagon official told AMI Newswire. The official is not authorized to comment to the press, and spoke on the condition of anonymity.

Silly or not, the EurActiv report has gained attention in Romania, Russia, China, Macedonia, Iran and elsewhere. And NationalSecurity.news reported last month that indeed there were concerns in the Pentagon about the security of the nuclear stockpile stored at Incerlik Air Base.

The Pentagon did not acknowledge the existence of any nuclear weapons in Europe.