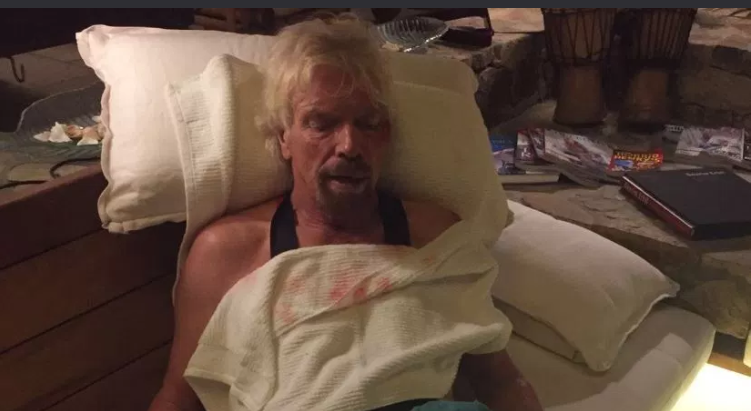 DAREDEVIL billionaire Richard Branson has told of the horror moment he feared he would die after smashing head-first onto the road during a high speed bike crash.

The adventurous  tycoon was on a training cycle run with his two grown up children on the British Virgin Islands when disaster struck. 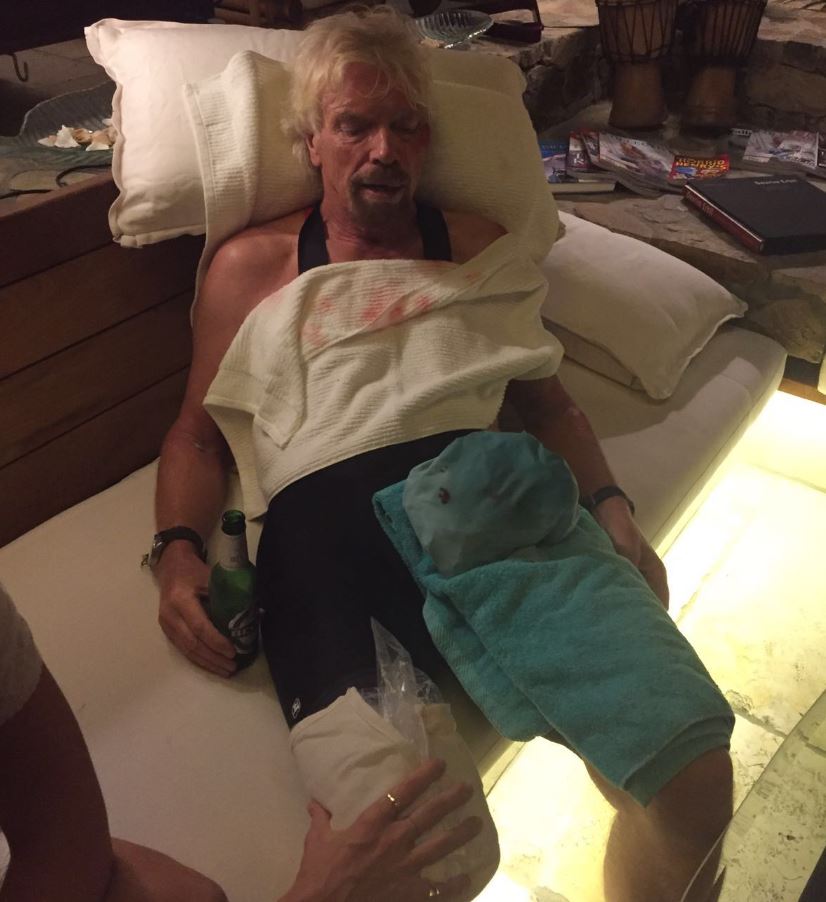 The Virgin Airways owner revealed only his cycle helmet saved his life. 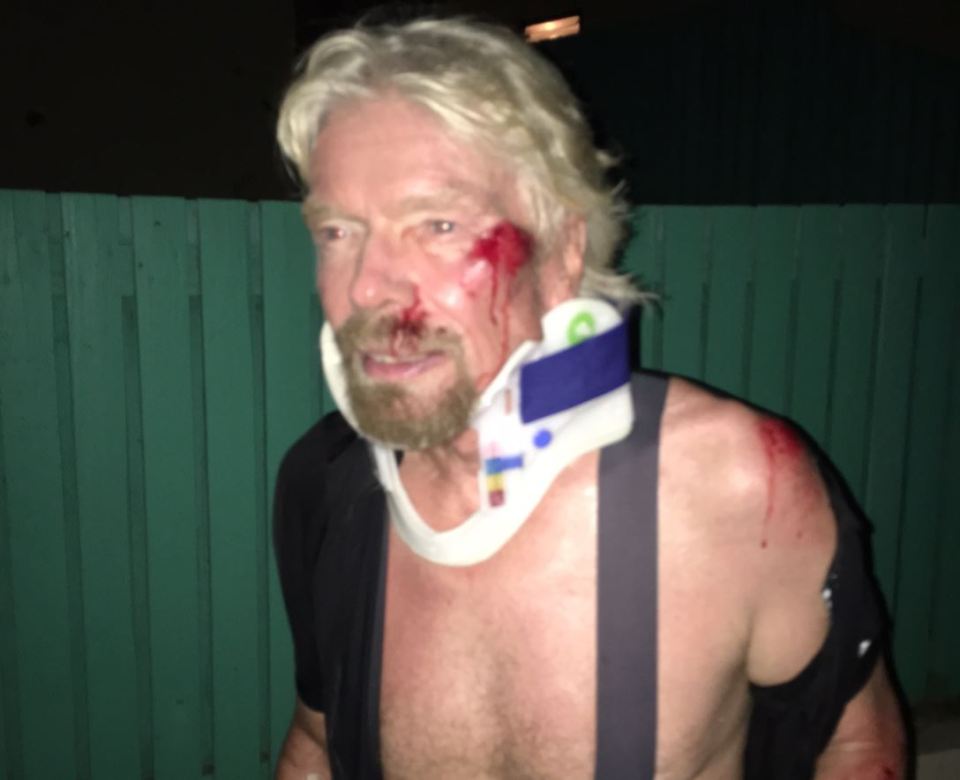 X-rays reveal he had suffered a cracked cheek and some torn ligaments.

Richard revealed: “I went cycling on Virgin Gorda with Holly and Sam as part of my training for the Virgin Strive Challenge.

“I was heading down a hill towards Leverick Bay when it suddenly got really dark and I managed to hit a ‘sleeping policeman’ hump in the road head on.

“The next thing I knew, I was being hurled over the handlebars and my life was literally flashing before my eyes.”

The accident-prone Virgin boss – who escaped a run in with a deadly stingray just a few months ago – said he genuinely thought he’d finally run out of lives.

“I really thought I was going to die. I went flying head-first towards the concrete road, but fortunately my shoulder and cheek took the brunt of the impact, and I was wearing a helmet that saved my life ,” he said.

“My bike went flying off the cliff and disappeared. We’ve since recovered the crumpled bicycle, completely destroyed. My cheek has been badly damaged and my knee, chin, shoulder and body severely cut.

“As I landed, once I realised I was alive, I began testing my movement. I really couldn’t believe I was alive, let alone not paralysed.

“Coincidentally, the first person to arrive on the scene was my assistant Helen, who had just returned from holiday. She was wondering who was lying prostrate on the road. I was so glad to be alive that I quickly was able to summon my sense of humour, and said to her: ‘I’m alive! At least you’ve still got a job!’

After the crash Richard was rushed to Miami for X-rays and scans where it was revealed he had suffered a cracked cheek and some torn ligaments.

“I hopefully will be able to complete the Virgin Strive Challenge next month. My biggest hardship is having to drink tea out of a straw. Oh, and being called elephant man by a six year old!,” he said. 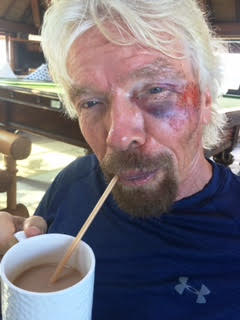 The billionaire now has to drink his tea through a straw

“My attitude has always been, if you fall flat on your face, at least you’re moving forward. All you have to do is get back up and try again. At least I’m practicing what I preach – though a little too literally!

“The date of the accident just happened to be the fifth anniversary of the fire on Necker Island. What a way to mark it! Thankfully, good fortune has smiled on me so far.

“It has been quite a year, I’ve been in the wars knocking my teeth out playing tennis not once but twice, and also being kissed by a ray and running into a bullet proof door.”