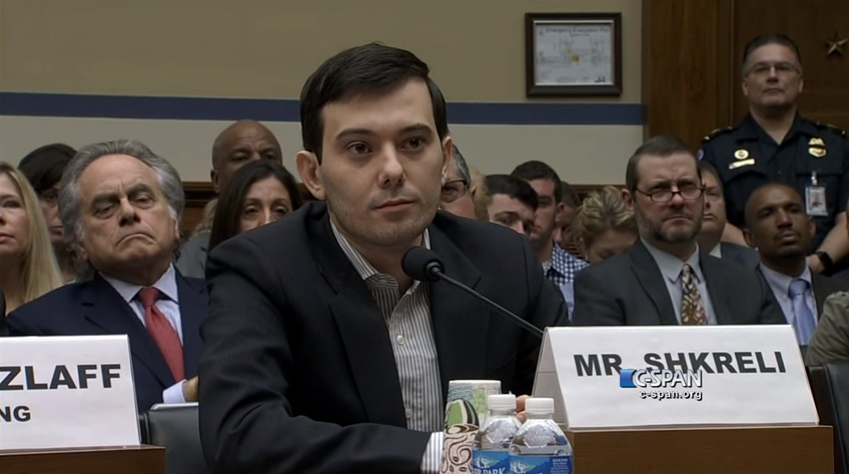 Martin Shkreli — the former pharma CEO who refused to testify before Congress on the exorbitant price increase of a pharmaceutical drug — now wants a second chance to explain himself.

On Thursday the CEO of the biotechnology firm Turing Pharmaceuticals — who faced withering criticism for jacking up the price of the FDA-approved drug Daraprim — tweeted and received a response from Democrats on the House Oversight and Government Reform Committee after he inserted himself into an argument concerning the high cost of the allergy drug EpiPen, the product name for an epinephrine auto-injector.

any chance i can come through this time and actually testify? https://t.co/7jOzxDngOX

.@MartinShkreli: If you’re no longer asserting the 5th Amendment we certainly want your testimony. Will you testify? https://t.co/SFNdZwFehP

The request may be a response to the fact Shkreli faces federal prosecution on two counts of conspiracy to commit securities fraud, three counts of conspiracy to commit wire fraud and two counts of securities fraud. In December he was arrested in New York on unrelated charges after he allegedly took stock from the biotech company Retrophin to pay off business debts. He founded the company but was later removed.

Shkreli faced heated criticism last year due to his smirking demeanor when he cited his Fifth Amendment right against self-incrimination. “Hard to accept that these imbeciles represent the people in our government,” he later tweeted.

In 2015, Shkreli and Turing obtained licenses on out-of-patent medicines, including Daraprim (pyrimethamine), and subsequently raised the price from $13.50 to $750 per pill, a 5,456% increase, placing the medication well out of the reach of most patients.

The price increases associated with Daraprim and EpiPen were widely criticized by the Infectious Diseases Society of America, the HIV Medicine Association, the Pharmaceutical Research and Manufacturers of America, and by presidential candidates Hillary Clinton, Bernie Sanders and Donald Trump.

EpiPens can be the difference between life and death. There’s no justification for these price hikes. https://t.co/O6RbVR6Qim -H

In September 2015, following a demand by Sanders and Representative Elijah Cummings for details on Turing Pharmaceuticals’ finances and price-setting practices, Shkreli’s company hired four lobbyists from Buchanan, Ingersoll & Rooney with backgrounds in healthcare legislation and pharmaceutical pricing. He also hired a PR firm to justify the outrageous price increase.

Shkreli argues patients would not experience financial difficulty because healthcare insurance companies will pick up the cost of EpiPen and copays would actually be lower. He also said insurance companies have an incentive to pay for the drug because its use would reduce expensive trips to emergency rooms.

According to Marianne Udow-Phillips, director of the Center for Healthcare Research & Transformation at the University of Michigan, that’s “really a false argument” because consumers will still pay the price when insurers pick up the tab, reports.

Cancer industry kills far more black people than police do, but nobody is rioting against cancer clinics in low-income neighborhoods
By Ethan Huff
Comments