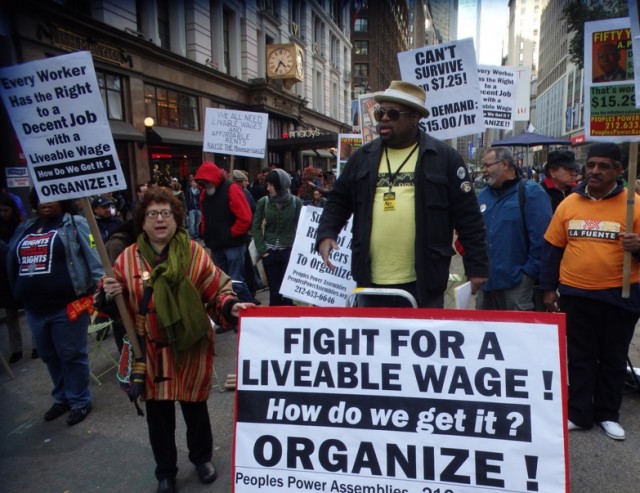 (BigGovernment.news) No matter how hard you try to convince socialist Democrats that artificially hiking wages will kill employment and hurt the poor the most, they refuse to listen – even when the proof is staring them in the face.

Washington, D.C. is owned lock, stock and barrel by the Democratic Party, which explains why city officials there voted recently to hike up the minimum wage beyond what is reasonable for many businesses to afford. And there is always a price to pay for that, beyond just higher wages: The loss of jobs.

As reported by AMI Newswire, restaurant employment in Washington, D.C., fell by 1,400 jobs during the first six months of 2016, in what one economist concludes is the fault of a city law that has raised the minimum wage by 39 percent over the past 2-½ years.

A blog post on the American Enterprise Institute’s website by Mark Perry, an economics professor at the University of Michigan’s Flint campus, said the employment decrease, amounting to 2.7 percent, marked the biggest loss of food-related jobs in the district in 15 years.

“Despite what we hear from unions, the Fight for 15 crowd and other minimum-wage advocates, the evidence from D.C.’s restaurant industry – an industry often considered as ground zero for minimum-wage effects – demonstrates that demand curves for low-skilled workers actually do slope downward,” Perry said in Tuesday’s blog post.

The district’s 2013 law raised the minimum wage from $8.25 to $9.50 per hour on July 1, 2014, followed by additional hikes of $1 on July 1, 2015, and July 1 of this year, according to the district’s Department of Employment Services. The wage now stands at $11.50 per hour and will be increased in future years in proportion to average yearly increases in the Consumer Price Index.

Perry’s research, which is based on Bureau of Labor Statistics data, also examined job growth in the restaurant industry in suburban areas surrounding Washington, which have a lower minimum wage than the district. During the same six-month time period, restaurant jobs in the suburban areas grew by a rate of 1.6 percent, or 2,900 jobs, he said.

The wage differences in the region provide a natural experiment to weigh the effects of Washington’s minimum-wage law, Perry said. The stark reality of the numbers is that more than 1,000 workers have been priced out of their jobs since January, he said.

The Heritage Foundation last month released job-loss estimates that would result from an increase in the federal minimum wage from $7.25 per hour to $15 per hour by 2021, AMI Newswire noted. Research fellow James Sherk estimated that employers would respond by reducing the employment of affected workers nationwide by seven million jobs, or about one-fifth.

Sherk emphasized that employers would not be able to pay workers more than the value they produce and that this would lead to workforce cuts.

The evidence is plain to any business owner forced to pay more in wages than a job or an employee is worth: When government intervenes in the equation, the net result is job losses.

Because Democrats are clueless about Economics 101.

Michael Carroll of AMI Newswire contributed to this report.