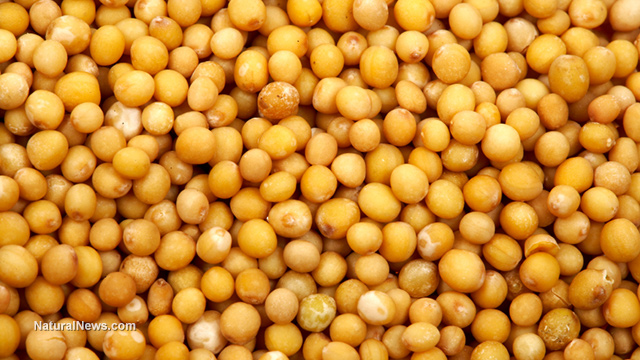 Most condiments are not revered for their health benefits. In fact, condiments are generally known for their less-than-stellar nutritional performance. High fructose corn syrup, MSG and aspartame are just a few of the garbage ingredients you’ll typically find in your favorite sandwich spreads. However, not all condiments are bad news. There are some that contain some pretty astounding health benefits, and one of them happens to be mustard.

Mike Adams, the Health Ranger, has even gone so far as to say that mustard is “possibly the most nutrient-rich, anti-cancer food condiment still available in the western world today.” Adams attributes the health benefits of mustard to one of the compounds found in mustard seeds known as Allyl Isothiocyanate or AITC, for short.

A 2010 study published in the journal Carcinogenesis found that AITC successfully inhibited the development and progression of bladder cancer. The AITC in mustard seeds has also been found to negate the cancer-causing effects of sodium nitrite, an ingredient commonly seed in processed meats like hot dogs. So, if you eat your hot dogs with lots of mustard instead of ketchup, you’ve been making a good choice.

The study, which was published in the International Journal of Toxicology, found that AITC actually protected cells against the cytotoxic and genotoxic effects of nitrites and nitrosamines. It’s important to remember that while mustard can help to negate these effects, there are still other toxic ingredients to be found not just in hot dogs themselves, but also the typical accompanying foods such as buns, french fries, potato chips and soda.

Of course, mustard is one of many anti-cancer foods, though it is quite apparent government agencies and Big Pharma shills would like for you to believe otherwise. The official position of the FDA is that there are no anti-cancer foods, and that there is no food, herb or supplement that can help to prevent disease. Of course, this is beyond absurd. But as we grow closer to a total Orwellian society, it’s not really surprising.

As Adams states, cancer-fighting foods exist throughout the spectrum. Fruits, vegetables, spices, herbs — they all have their own nutritional benefits to be had. Mustard is not exceptional in this regard, but what does make it rather unique is that it is a healthy food that is widely consumed. Mike Adams tested the iconic French’s mustard for heavy metals to see how clean it was. Amazingly enough, the product had zero traces of lead, mercury and arsenic; and it tested very low for aluminum and cadmium. In other woods, even a mainstream packaged mustard is still really clean! Now that is something you don’t get to say every day.