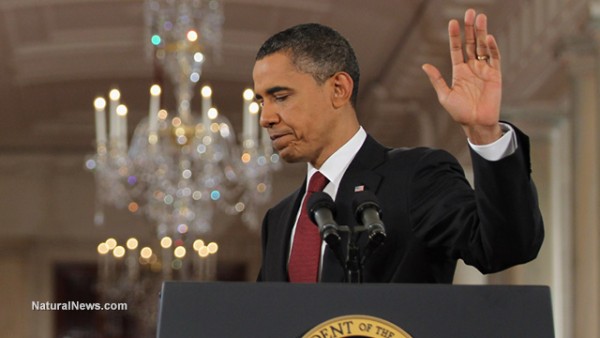 Anyone who is being honest with themselves knows that our first black president has played the “race card” practically since the day he took office. While he spoke of unity and “hope” for all Americans during his first campaign, it’s been nothing but lectures about how the country remains, at its core, a racist, bigoted nation ever since.

One of his other common themes is “social justice” – policies that are aimed at creating a utopian vision of fairness and equality. In fact, the entire Democratic Party is now talking about social justice, but it’s a concept that is impossible to achieve, for it has never existed among human beings, and never will.

The irony, of course, is that those claiming aggrieved status because of race – the Obamas, Jesse Jackson, Al Sharpton, et al – are at the top of the heap in terms of political elite. They have reached the pinnacle of success that our leaders used to challenge all Americans to try and attain.

Not anymore. Today’s Democratic Party has long since abandoned its American principles and adopted the Marxist-Leninist principle of government, with Obama at the helm. To empower oneself, the ideology goes, one needs to create the illusion of victimhood among certain classes of people, who will then support the “leaders” of the movement until the bitter end because they have been convinced they are being cheated, lied to, stolen from and kept down by a hidden, fixed “system” not run by them. They sell a false vision of dependency – that the lowly cannot be uplifted without them because the lowly are incapable of uplifting themselves. And why? Because “the system” is “fixed” and the deck stacked against them, and no matter what, the lowly cannot “break through” and help themselves without the shelter and assistance of the party elite.

In the end, “justice” will take the form of universal misery – that is, everyone will be equally poor, downtrodden and robbed of any chance at a better life. For the latest version of the “social justice” principles of government in action, see Venezuela.

That said, social justice has since transformed itself into something even more sinister. Injected with a healthy dose of racism, social justice is being sold now as “get whitey,” since all of society’s ills can be traced directly back to the Caucasian race in America.

Whites are keeping blacks and other minorities from making more of themselves, goes the narrative. Whites are killing blacks by the hordes, using the police and vigilantism. Blacks are not responsible for anything; everything bad that happens to them is the result of some white-inspired or white-led effort. Facts are distorted and used out of context to satisfy preconceived narratives about why black inner city crime is so bad, why out-of-wedlock children are so commonplace, why young black men refuse to take responsibility for their children and their own lives, and why black-on-black murders are somehow not as prevalent as “white cop kills unarmed, unsuspecting and innocent black man.”

All of it is garbage, and yet that is what the perception is within the black community. These things are bandied about as truths, even though they aren’t. Note what this black writer from the far-Left wing Daily Kos wrote in 2013:

We know black men are targeted by police out of proportion to their actual level of crime, that they are arrested and prosecuted to a greater degree and longer amounts for the same offenses. This can in turn help foreclose their ability to lead productive lives or to effectively raise a family. We know this.

None of that garbage is true, especially when taken in the proper context. But when the (black) masses are repeatedly told the untruths, you get black guys writing paragraphs like the one above, and passing it off as gospel.

All of this nonsense, then, provides justification for blacks to target whites for violence and murder, all because whites “deserve it” for all that they’re doing to black people – even if it’s all a fantasy created by the people who want to control them as well.

This demonstrates how ‘social justice’ has now morphed into an “anything goes” attitude involving white Americans, and that will include killing whites, just as it has already included the murder of police officers. We just saw it manifest itself in Milwaukee recently, when BLM-affiliated black rioters specifically targeted whites for “beat downs” and attacks.

Obama’s hands are all over this. And they are bloody.