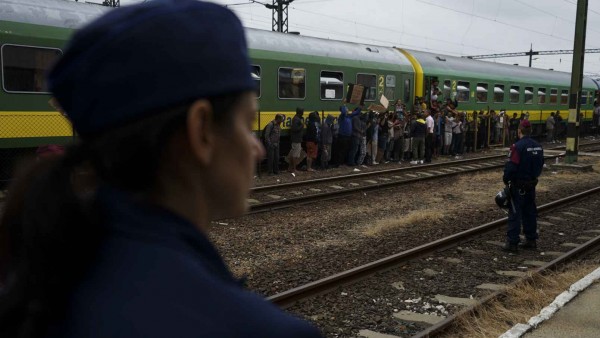 Someone doesn’t much like the direction in which the U.S. government – which is being run by uber-liberals and progressive socialists like Barack Obama and Hillary Clinton – is headed. That can be one of the only reasonable explanations for a series of high-profile hacks in recent weeks that have landed most heavily on Democrats and globalist-Marxists like George Soros.

Hacks of the Democratic National Committee and the presidential campaign of Hillary Clinton, which cyber-security researchers have blamed on a Russian-led operation, have embarrassed party members, exposed the party’s corrupt effort to shut out Democratic presidential contender Sen. Bernie Sanders, and led to the resignation of the DNC chief, Debbie Wasserman Schultz.

Now, apparently globo-socialist billionaire Soros is in the crosshairs.

As reported by by The Daily Caller, Soros has spent tens of millions of dollars bankrolling groups and organizations that have been agitating for “social justice” causes – Black Lives Matter, pro-open immigration groups, and those who favor importing more immigrants from the Middle East, like those flooding Europe and bringing with them a whole host of problems – according to 2,500 documents and emails that were recently hacked.

The documents show that officials within Soros’ Open Society Foundation (OSF) view the migrant crisis in Europe as “the new normal,” and say that it should be encouraged and exploited for any “new opportunities” to advance a Left-wing Marxist globalist agenda.

Soros, in other words, is looking to upset the entire Western order. Odd for a guy who hails from Europe.

Why would he do that? Is it just because he’s a socialist, or is there a much deeper reason?

Zero Hedge believes it is the latter. Reflecting on the 2,500 documents that were hacked and released via the WikiLeaks site, ZH notes that they expose the internal strategy of OSF regarding how Soros plans to both influence, and then benefit from Europe’s refugee crisis.

The documents also show the opportunistic funding and influence of media organizations, as well as revealing the provision of money to so-called “pro-democracy” groups including La Raza, a Left-wing Hispanic group advocating unlimited immigration, and whose name literally translates into “The Race.” The OSF also paid to have unfavorable coverage of Pamela Geller, who has been criticized for organizing a “Draw Muhammad” event in Texas. Two armed Islamic extremists attempted to disrupt the event, but were shot and killed by police.

Other documents reveal Soros’ intention to interfere in, and influence other crises, including the conflict in the Ukraine. But in memos, staffers of the OSF openly worry that their influence on media coverage of the war there may be counterproductive. While hoping to “cover” events in Ukraine, the authors of one memo admit “this isn’t proper independent journalism and we may damage our credibility with journalists.” Also, they state that “journalists may produce stories that have no relevance for the narrative we seek to inform or stories that are counterproductive (enforcing narratives of fascism etc.),” which would undermine the foundation’s efforts.

Other documents and memos indicate that Soros is also funding the increasingly violent Black Lives Matter movement, some of whose adherents were responsible for violence in Milwaukee recently, in which businesses were burned and white people targeted for assaults.

In all, the memos paint the picture of a super-wealthy Left-wing activist who seeks to use his fortune to buy influence and remake the world in his image. And he’s got politicians, world leaders and much of the “mainstream” media in his back pocket.