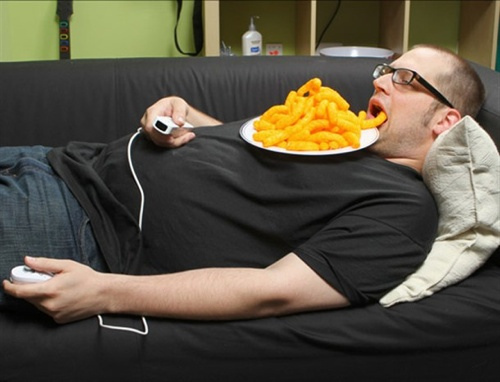 Ben Franklin once cautioned America that welfare was not the solution to the problem of poverty, but only exacerbated the problem when he said:

I am for doing good to the poor, but…I think the best way of doing good to the poor, is not making them easy in poverty, but leading or driving them out of it. I observed…that the more public provisions were made for the poor, the less they provided for themselves, and of course became poorer. And, on the contrary, the less was done for them, the more they did for themselves, and became richer.

For those who are raised in today’s public school system, and are not being taught cursive, and therefor have probably never read, nor could you read, the writings of the Founding Fathers, here is a brief translation for you to help you understand.

Such is the lesson learned when 32-year-old, Lucy, a welfare queen called in to KLBJ from Austin, TX, and asked, “Can you really blame us?”

“I get to sit at home. I get to visit with my friends all day. I even get to smoke weed…”

She went on to say that she, and the people that she knows, which she says includes illegal aliens, get regular checks in the mail each month, they get their food paid for, they get their housing subsidized, and even get Christmas presents for the kids delivered to their houses each year. She asked,

“Why should I work?”

In addition to this assistance, Lucy has three kids, and her husband, who rarely works, collects family benefits as well.

When asked if she ever felt guilty about ‘gaming the system,’ and taking other people’s hard-earned money, she said,

“If somebody offered you a million dollars, no strings attached, you ain’t gotta work for it. You would take it too.”

The next time you get home from your job, exhausted by the end of the day, with your feet aching, or your back sore, or feeling drained, make sure you are thinking about the fact that a part of your pay-check is going to pay for people like 32-year-old Lucy’s way of life so that she can smoke weed and play with her friends all day. –Source