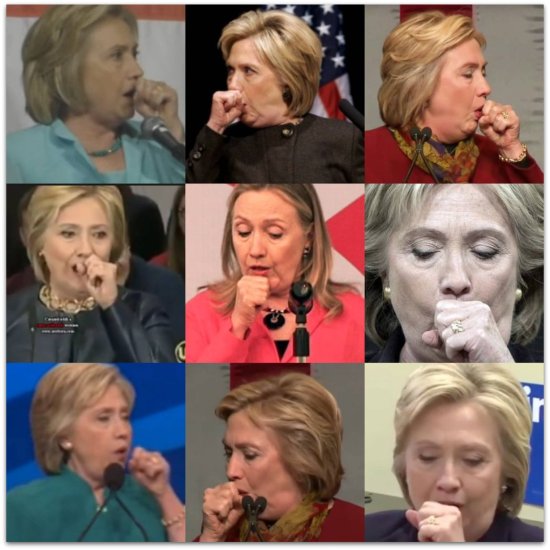 Pay attention, America: Democratic presidential nominee Hillary Clinton has surrounded herself with sycophantic drones who don’t believe in freedom of the press, a basic protection found in the Constitution’s very First Amendment, when it comes to covering their candidate.

In recent days, upset that anyone in the press or in the general public would dare question why Clinton is having some obvious medical issues, some of Hillary’s campaign staff have warned the media to get off the story, ostensibly because there is nothing wrong with her.

As noted by The Hill, Clinton campaign manager Nick Merrill took a reporter for NBC to task for writing about her most recent coughing fit – one of the worst of this campaign cycle, at least of those seen in public – telling him he should “get a life.”

Jon Favreau, a former speechwriter for President Obama, asked on Twitter if “anyone on NBC, or anywhere else” wanted to defend the report.

The short story, written by Andrew Rafferty, was headlined, “Hillary Clinton fights back coughing attack” – hardly an embellishment and, given the severity of the attack, pretty mild actually. In the story Rafferty reported that the “frog in Clinton’s throat…was one of the most aggressive she’s had during her 2016 run.”

If you’ve seen the coughing fit – which is here – there is no doubt that Rafferty’s description and characterization of the incident is spot-on accurate. And for Pete’s sake, it is news. This woman is running for president of the United States, and she can’t seem to walk up a short flight of stairs without help or talk in public without coughing her head off.

Allergies, as she alluded to during the most recent fit, which was during a Labor Day campaign speech in Cleveland, are not the reason why Clinton can’t stop coughing. If that were the case, as long as she’s been in the public eye, Americans would have been watching this for decades. These fits are recent, and they are coming after she suffered a major head injury and brain blood clot stemming from a fall in 2012. By her husband Bill’s own admission, it took her half a year to get over and it wasn’t easy, either.

So, from this media outlet to the Clinton campaign: Your candidate’s health is an issue and ought to be aggressively covered. And we will. In fact, we believe that your attempt to shame the mainstream media into getting off the story – perhaps by threatening to cut off access to your candidate or something – is telegraphing that you know she’s not healthy.

And there is this. If these coughing fits, inability to climb stairs and other physical issues including
needing to use an ear bud to receive instructions during a recent Q & A on national security were happening to GOP presidential nominee Donald J. Trump, the press – and the Clinton campaign – would be all over it.