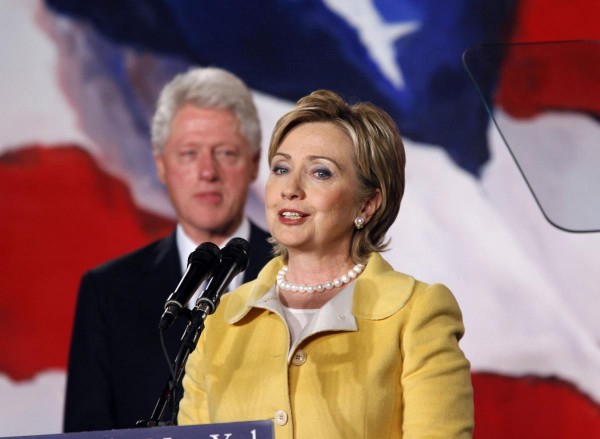 Despite all of the corruption surrounding the organization, you can’t help but laugh at all of the news surrounding the Clinton Family Foundation. Having been wrapped up in countless scandals over the years, it almost appears as though the organization was founded for the sole purpose of making the Clinton family look like maniacal thieves with no respect for anyone but themselves.

A quick Google search will lead you to all sorts of information about how Hillary and Bill have essentially been using the organization for the singular purpose of laundering money. Having accepted donations from world leaders who would just so happen to benefit from having close relationships with the Clinton family, there’s little doubt that corruption is afoot in the organization.

These kinds of revelations seem to be brought to light every week or so now. There’s so much shadiness going on within the group that new evidence proving its corruption is no longer surprising.

Take, for instance, the fact that it has recently been unveiled that the Clinton Foundation has some pretty unflattering connections with Russia, of all places.

The Bureau of Land Management (BLM) has been seizing land with the goal of leasing it to high-level donors of the Clinton Foundation. Considering that Hillary has utilized similar tactics in order to receive millions of dollars from Saudi Arabian leaders, there’s not much of a surprise there, despite being quite disgusting and un-American.

And it all comes down to the control of uranium — and the financial gain that comes with it. Red Flag News reports that “Russia gradually gained control of Uranium One, a major mining company, in three separate transactions from 2009 to 2013, while Hillary Clinton served as Secretary of State.”

Because of this, Vladimir Putin now controls roughly 20% of uranium that is produced in the United States. Hillary Clinton is at fault for this. For a woman whose presidential campaign has been filled with anti-Russian rhetoric about how Donald Trump and Putin are too friendly with each other, it’s hilarious to discover that Hillary has essentially been in business with the man. What’s not so funny is that the American economy is suffering pretty heavily because of this strange partnership.

Once again, the hypocritical democrats have found a way to destroy the lives of the American people under the guise that they’re fighting for freedom and the safety of the country at large. This is just par for the course these days, but it’s still completely disheartening to know that nothing seems to be changing, despite our lack of satisfaction with the way things are.

It cannot be overstated: Hillary Clinton is unfit to be elected president. From her numerous scandals to her poor health, there’s no denying that she doesn’t have the ability to properly run a country. She’s an absolute mess of a person that values her own checkbook over the wellbeing of the country she claims to love.

Like most of the politicians holding office in the federal government, Hillary Clinton is morally bankrupt, which explains why her bank account is so heavy. She has been selling out the American people to improve the quality of her own life, and it’s time that we send the message that we’re not going to let her do this any longer.

It’s time to be done with Hillary Clinton.