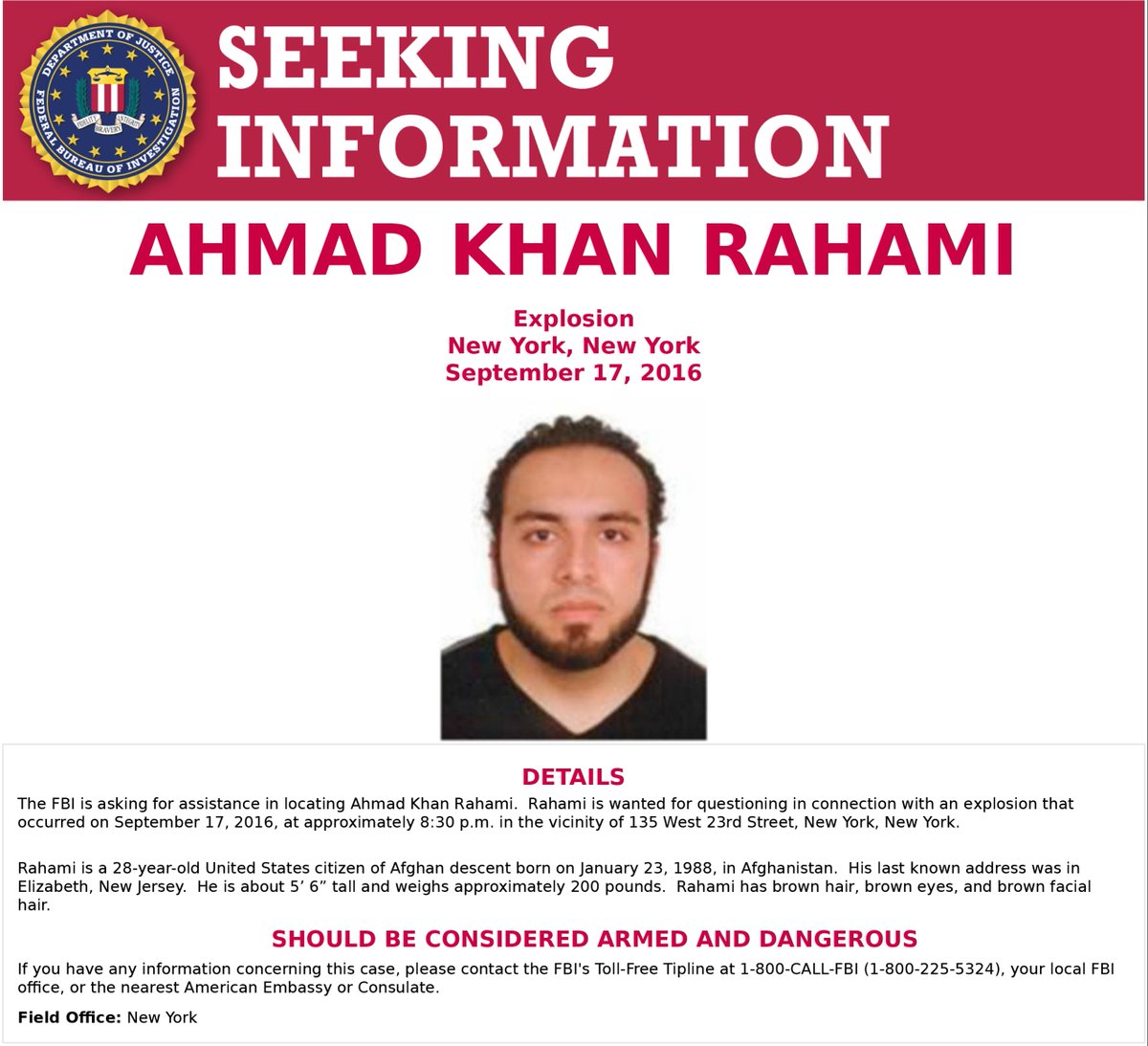 Elizabeth, New Jersey, police are searching an apartment in the city for potential leads following an explosion at a transit train station, Mayor Chris Bollwage says.

The explosion in Elizabeth occurred hours after similar explosives detonated in the Chelsea neighborhood of Manhattan and Seaside Park, NJ.

News 12 NJ‘s Tony Caputo appeared live on the scene of a police probe on the corners of Elmora and Linden Avenues in Elizabeth, at walking distance from the train station, on the network Monday morning. Caputo identified the building being investigated as a First American Fried Chicken restaurant, with apartments on its second floor, and noted the television station stumbled upon the investigation on the way to the train station.

Mayor Bollwage later confirmed to Caputo that the Elizabeth investigation is linked to the other bombings in Seaside Park and Manhattan, though there is no evidence to link the bombings concretely yet. Bollwage noted that the five explosives found in Elizabeth “did not have any electronic device or timer – that is the only difference between the construction” of the Elizabeth and Manhattan devices.

NBC affiliate WOWT reported Monday morning that the police probe began “just before 6AM ET,” and that both New York and New Jersey officials are investigating the possibility that the perpetrators are part of a larger terror cell.

WOWT notes that New York police have found what is being described as a “vehicle of interest” near the Verrazano-Narrows Bridge on Sunday. By Monday morning, police had named and identified a suspect in the Chelsea bombings: Ahmad Khan Rahami, a 28-year-old naturalized American citizen from Afghanistan residing in Elizabeth, NJ. Police have not confirmed if the apartment being searched in that city is Rahami’s.

“The FBI is executing a search warrant. They will be there for the next few hours, going through this location to find any evidence possible, whether it’s in relation to this incident or the Chelsea incident,” Reuters quotes the mayor as stating on CNN following the explosions at the train station.

Police identified multiple explosive devices near the Elizabeth train station early Monday morning. One of the devices exploded as a police robot attempted to disarm it. The explosions did not injure anyone in the area. There is no publicly available evidence linking this explosion to a similar incident in Chelsea, as the police noted, though the FBI and local police are cooperating to find any potential links.

Law enforcement officials confirmed to CNN on Monday that they are investigating the potential for a terror cell to have gone active in the area. New York Governor Andrew Cuomo stated he would “not be surprised” if police find foreign links to these individual acts, without mentioning any terror group in particular. The rudimentary design of the pressure-cooker-type and pipe bombs are reminiscent of similar devices used by Islamic State terrorists radicalized through online propaganda. The bomb in Seaside Park, NJ – which went off in a trash can and failed to injure any passersby – targeted a charity race, a tactic used by Boston Marathon bombers Tamerlan and Dzhokhar Tsarnaev.

A bomb went off Saturday afternoon in a trash bin in Seaside Park, NJ. The rudimentary explosive failed to fully break apart the trash can, and went off in an unpopulated area, though the intent appears to have been to injure as many people as possible at a scheduled Marine Corps charity 5K, scheduled for later that day.

Saturday night, an explosive injured 29 people in the Chelsea neighborhood of New York. A confirmed jihadi attack occurred shortly after, in St. Cloud, Minnesota, in which eight individuals were injured. An 0ff-duty police officer neutralized the terrorist. The Islamic State has taken credit for the Minnesota attack.