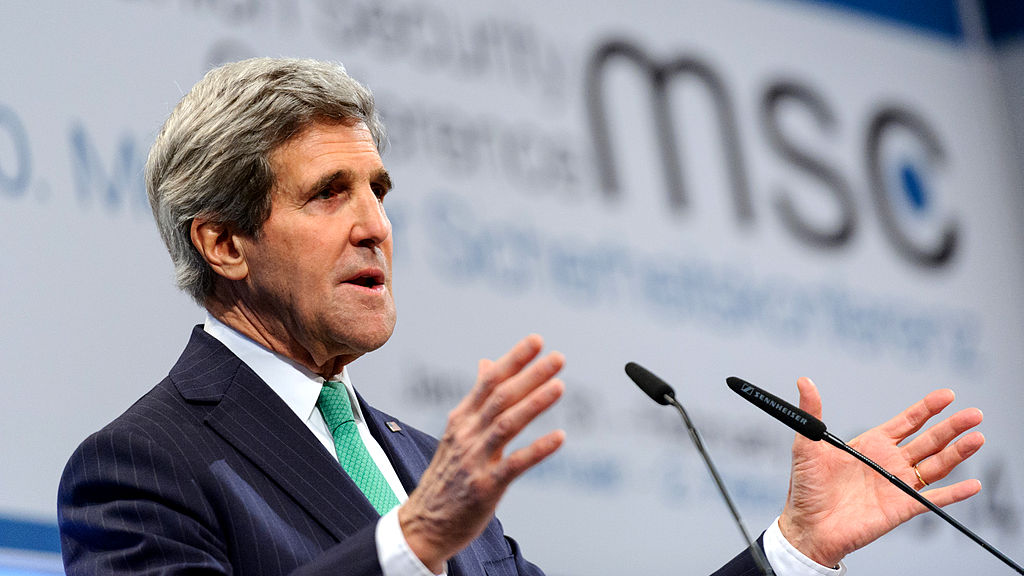 At this point, there’s nothing surprising about democrat politicians being involved in money laundering schemes with their families. While the Clinton Family Foundation is certainly the most high-profile case of this, it isn’t the only instance.

It was recently revealed that Secretary of State John Kerry has been funneling millions of dollars from the State Department to the Global Health Service Partnership (GHSP), a Peace Corps program that just so happens to be founded by Kerry’s daughter, Vanessa, who still operates the “nonprofit” to this day.

Ethan Barton of The Daily Caller reports, “Initially, the Peace Corps awarded Kerry’s group — now called Seed Global Health — with a three-year contract worth $2 million of State Department money on Sept. 10, 2012, documents show. Her father was then the chairman of the Senate Committee on Foreign Relations, which oversees both the Department of State and the Peace Corps.”

The organization is said to send volunteer medical staff members to nursing schools in Malawi, Tanzania, Uganda and Liberia in order to work as educators. Over 40 individuals were sent to 13 sites in the aforementioned areas between 2014 and 2015. To date, the State Department has given around $10 million to the GHSP. Taxpayer dollars are being sent to this organization that focuses almost exclusively on providing care to patients in foreign countries.

While America is crumbling, government-funded organizations are helping every other country in the world except for their own. While the liberals that are currently controlling the federal government will claim that it’s all out of the kindness of their hearts, we all know that there is some sort of ulterior motive here — and it’s likely financial in nature.

As frustrating as this news is, this is nothing new for the democrats, though. This is corruption. This is Hillary Clinton’s America. Under democrat rule, America is destined to be destroyed in the longterm. All of these people treat money as if it grows on trees, as they happily funnel tens of millions of dollars as if nobody is going to miss that cash.

This can’t be stressed enough — if things continue going in the direction that they have been, our entire country is in serious danger. Societies all across the globe have been crumbling due to similar circumstances and America very well could be next should a majority of voters make the wrong decision this fall.

Unless you want America to become the next Venezuela — and none of us should want that — then it’s probably a good idea to take these events very seriously instead of passing them off as no big deal. The mainstream media will try to convince you otherwise, but actions like the ones John Kerry has taken are setting our country back immensely.

2016 is one of the most important election years in history. Getting the likes of John Kerry and Hillary Clinton out of office for good are of vital importances if we’re going to bring America back to a prosperous state. We’re in trouble, folks. It’s time to stop acting like everything is going great and start looking for answers on how to fix the issues that our country has.