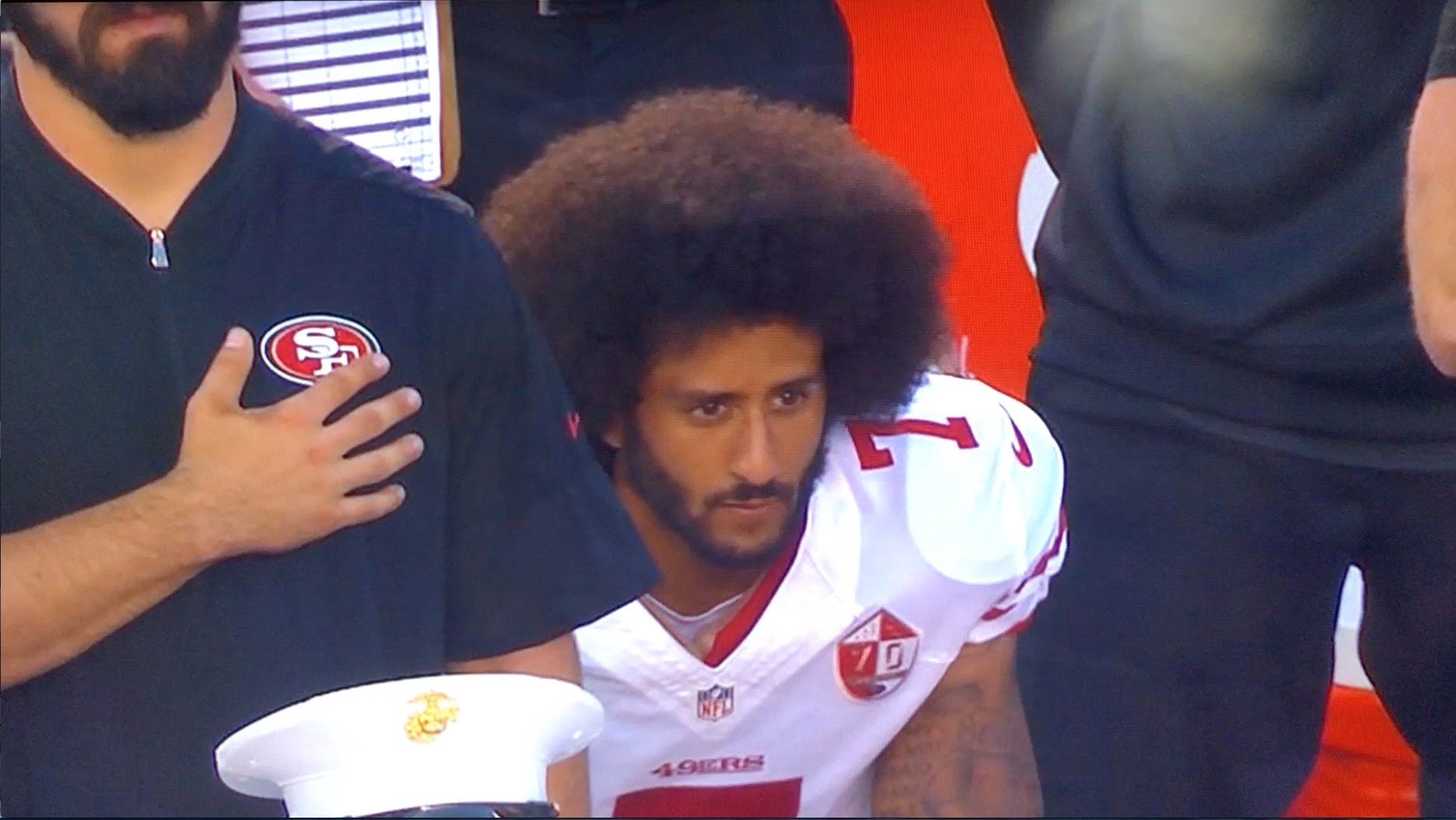 Colin Kaepernick’s refusal to stand for the National Anthem has kick started a string of similar incidents across the country. Not only are other professional athletes joining Kaepernick’s ridiculous protest, but high school teams are now refusing to show respect to the Star Spangled Banner as well. It has gotten so far out of hand that even a state senator from the state of Missouri is standing in solidarity with this so called protest against social injustice. The only problem is that the real social injustices aren’t even being addressed. These people are exercising a constitutionally protected right by taking  a stand against the very constitution that protects it. That, in the words of Michael Savage, proves that liberalsim is a mental disorder. Unfortunately, the idea that the United States is an oppressive, unfair nation has gained some major ground under the tenure of the community organizer in chief. After nearly a decade of contious lies designed to discredit the culture of liberty, and portray America as a racist, xenophobic nation; a weary beaten down population has no idea how to defend the truth. That is, in and of itself, a social injustice of epic proportions.

The real injustice lies in the fact that the United States has become an oppressive nation. We are now a country where our very government, in cahoots with the mainstream media, deliberately misleads us in a misinformation campaign designed to keep us distracted from the fact that we have been completely sold out. We have been divided on every social level while the media works feversihly to incite racial and class warfare. Our schools are complicit in this as they have completely rewritten the truth about about our history in order to support the narrative that America is a racist nation. Our teachers are even so dumbed down that they have no idea that they are teaching lies. Our kids are being taught that being white is inherently evil and that they are privileged recipients of a system that automatically favors them and discriminates against minorities.

The real injustice lies in the fact that we have a government facilitating the systematic overthrow of this nation by allowing a radical leftist to get away with everything he wishes to “fundamentally transform.” The Republican Party has rendered themselves absolutely useless as they have, for all practical purposes, stepped aside and made it perfectly clear they would not oppose Obama.

The real injustice lies in the fact that we have thousands of troops returning home from wars that both the Democrats and Republicans voted for, only to be spit upon by the likes of idiots that have no understanding of the definiton of liberty, nor any respect for people who sacrafice for their freedom to speak as they choose. Troops returning home with PTSD, lost limbs and broken families; only to be cast aside for immigrants who care nothing about this country except for what they can get from it. We were told we had to go fight them over there so they wouldn’t come over here, and now, our government is voluntarily bringing in the same people we were sent to fight. People who come here with the intent to murder. This is not only a grave social injustice, it is treason of the highest order.

Yes, there is indeed a social injustice occurring in this country and it isn’t due to racism or discrimination. It isn’t sexism, homophobia or even wealth inequality. It is because a group of elitists, in an effort to wrestle away our liberties have systematically lied about our nation and left those behind that have done so much for us. They sent our fathers our brothers, mothers and sisters off to foreign lands to fight wars in the name of freedom and when they came back they were demonized, called extrremists and left to die on V.A. waiting lists while their commander in chief sends billions to our enemies. A nation that forgets its defenders is a nation that will be forgotten.