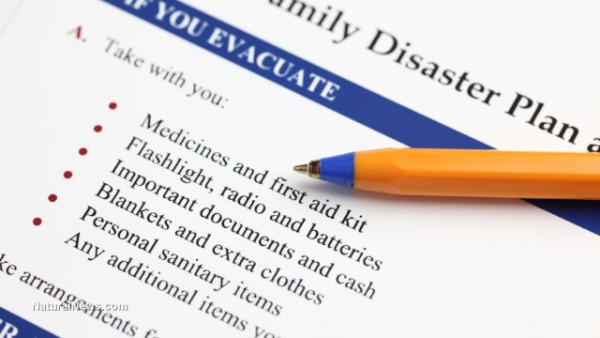 Is the president of the United States being uncharacteristically honest with the American people? Granted, it hasn’t happened often, but this time he might actually be trying to warn us about something coming down the pipe.

In recent days, President Obama declared September “National Preparedness Month,” because while the government’s job is to help keep Americans safe, “it is each citizen’s responsibility to be as prepared as possible for emergencies.”

“Whether in the form of natural disasters like hurricanes and earthquakes, or unspeakable acts of evil like terrorism, danger can arise at unexpected times and places,” the president said – eerily just days before a trio of bombs exploded in and around New York City in the latest act of terrorism on U.S. soil.

In those attacks, a naturalized Afghanistan immigrant is suspected of planting the bombs and is now in custody. It’s unknown if there are other radicalized Muslims plotting new attacks, but something is up, because the FBI put itself on heightened alert in the days before the NYC bombings.

So, the president believes we should all ramp up our personal preparedness. And to be fair to the president, regardless of his motivations, he’s right – we all should be.

Whether it’s another terrorist attack, a natural disaster or even an attack by a foreign power, there are going to be scenarios in the future that will create widespread panic, chaos and even anarchy – unrest that could last days, weeks or even months.

What can you do to mitigate the dangers and better prepare? Here are some thoughts:

These are just a few suggestions, but should get you to thinking about what you’ll need and what you’ll do if the stuff hits the fan. If Obama’s declaration – and recent events – are any indication, something is brewing; don’t let it take you by surprise. Think about what you need, what you’ll do and where you’ll go, while evaluating your surroundings. Do it now, while you still can.