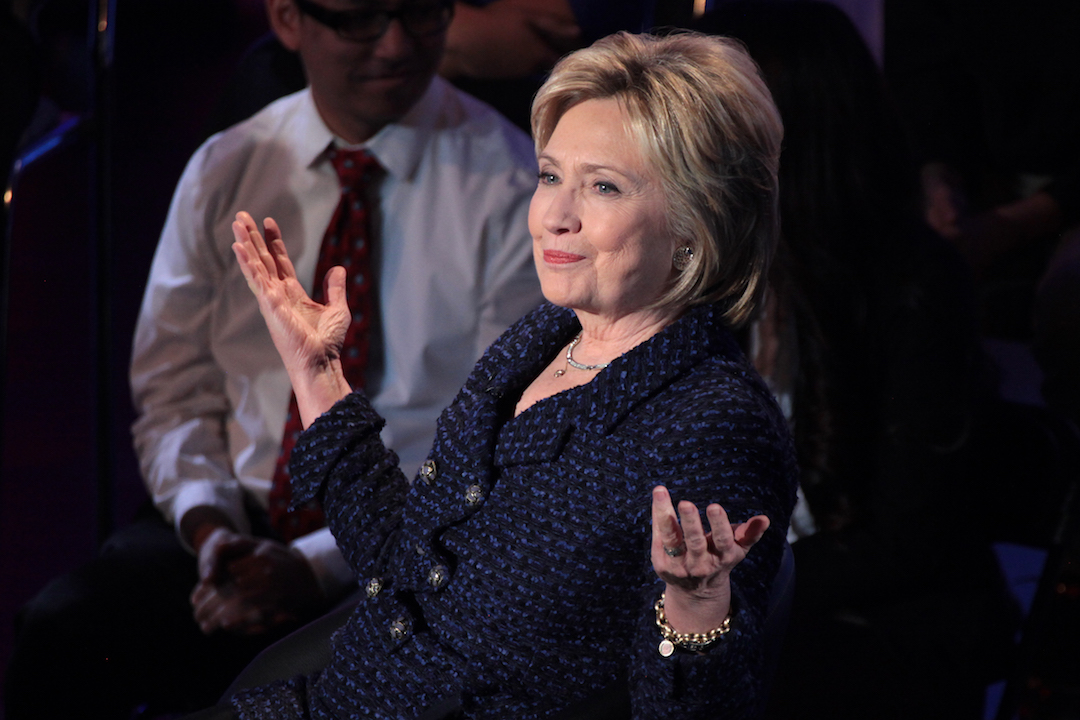 On Wednesday’s broadcast of MSNBC’s “Morning Joe,” Clinton Campaign Manager Robby Mook dodged questions about Clinton’s Syria policy, which prompted members of the panel to say, “we may be tiptoeing into Gary Johnson territory here,” and ask, “you can’t lay out your plan, how can you convince voters that Hillary Clinton is the better choice, Robby?” And “why do we have you here?”

Mook was asked by co-host Willie Geist, “Hillary Clinton was Secretary of State when this crisis began. What’s her biggest regret about the way Syria’s been handled?”

He answered, “Well, I — obviously she’s been out of office for some time now. … I think she’s well regarded for her leadership as Secretary of State. She came out of that office with a 70% approval rating. She, in contrast to Donald Trump has released a clear and decisive plan to defeat ISIS. Donald Trump has said that he thinks he knows more about it than the generals and refuses to tell us what his secret plan is.”

Geist responded, “I understand, Robby. What about in Syria, though? She supported the drawing of the red line. Obviously, she was out of her office when Assad used chemical weapons. Was it a mistake to draw the red line if the president was not willing to go — to do something about it when it was crossed?”

Mook stated, “Well, as you pointed out, the decision regarding that was made after she was out of office so, I think you’d have to ask President Obama.”

followed up, “Was she disappointed that the president didn’t act when the line was crossed?”

Mook said, “I think you’d have to ask her about that question, how she would characterize it.”

Geist then asked, “Well, you’re here to speak for her, Robby. So, you haven’t discussed that all?”

Mook responded, “She — look, I — what matters is what she is going to do as president. And as I said, she has a clear plan to defeat ISIS. Donald Trump does not. It’s a secret. He won’t tell anybody what it is and he says he knows more than the generals. I think the choice for voters is clear.”

Mook was then asked by Geist, “So, day one in office then, Robby, what does she do in regards to Syria?”

He stated, “Well, first of all, she needs to — she has said that she will work with our allies to dismantle their safe harbor in Syria and Iraq. She will harden our defenses here at home, and she will dismantle their network around the world, and a lot of that’s going to happen in the — in cyberspace, and through digital communications. So, you can go on our website and read the full plan there.”

Columnist Mike Barnicle then asked, “So, Robby, we do realize that you are not secretary of state, but in the debate, next Monday evening, how would Secretary Clinton respond to somewhat of a version of the following question: We’ve had a relief convoy bombed, potentially a war crime, leading into Aleppo. What would you do, Secretary Clinton, about providing food, water, and medicine to the citizens of eastern Aleppo today, right now, differently than what the Obama administration is doing? What would she do differently?”

Mook responded, “I — again, I think you’re going to have to ask her that question. That’s a matter of policy. I’m going to leave it for her to determine that.”

Co-host former Republican Congressman Joe Scarborough then stated, “[W]e love you, buddy, but what are you here for, if you can’t answer basic questions? … I mean, we’re — we may be tiptoeing into Gary Johnson territory here, if you don’t know the answer to that basic of a question, what is the response to Aleppo, then why do we have you here?”

Mook stated, “I think — look, you’re asking new policy questions. You would have to ask the secretary.”

Mook answered, “And I’m not being difficult either. I’m simply saying that she has laid out a plan to defeat ISIS, and if there are new questions pertaining to Aleppo, I’m going to need to let her answer those, and she will answer those, in the debate, and we look forward to her having the opportunity to do that. And as I said, Donald Trump has been able — unable, rather, to release a plan, and we hope that he will reveal what his plans are in the debate.”

After the discussion switched gears to the economy, Geist asked Mook, “[O]ne aspect of the Syria policy for Secretary Clinton we do know is that she has supported no-fly zones in the country. Is that still her belief that no-fly zones are a good idea?”

Mook answered, “I’m going to let her statements speak for themselves.”

Mook said, “I am, indeed, and I’m going to let her language speak for itself.”

Mook countered, “[Y]ou are quoting Secretary Clinton’s plans as she’s laid them out. I’m going to let them speak for themselves. Donald Trump has not laid out a single plan.”

NBC Foreign Correspondent Katy Tur then asked, “But if Donald Trump doesn’t have a plan, as you’re saying he doesn’t, and I’ve been on the campaign trail with him, and you can’t lay out your plan, how can you convince voters that Hillary Clinton is the better choice, Robby?”

Mook answered, “[A]gain, you all are quoting Secretary Clinton. She is out there speaking about these issues. I’m going to let her words speak for themselves. The problem is, Donald Trump hasn’t spoken on any of this. He says he knows more about ISIS than the generals, and I think that should be troubling.”

Scarborough ended the interview by saying, “My first question I think was the — probably the best, which was about Brangelina. We can get an answer on that.”