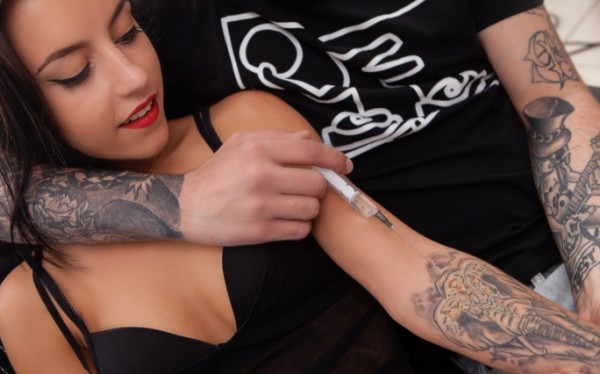 As bad as the opioid epidemic may be in the United States, it is as bad or perhaps even worse in some Canadian cities, with one street opioid used to sedate elephants now omnipresent.

As reported by the CBC, Byron Klingbyle, 59, a former drug addict who now counsels others who are dealing with substance abuse in his hometown of Windsor, Ont., said the new drug has him very concerned because it is 10,000 times more potent than morphine and 100 times more powerful than fentanyl.

“It’s not for human consumption. It’s for large animals,” he told CBC.

The drug he’s talking about is carfentanil, which is a synthetic opioid that is so deadly and dangerous police note that as little as 20 micrograms can be fatal to the average person. One microgram, by the way, is smaller than a grain of salt.

The drug is mostly used in zoos and by those who work with wildlife as an elephant tranquilizer. It is also used in the same manner for other large animals.

Portions of the United States have also seen a rising (and concerning) number of carfentanil overdoses. For instance, the CBC noted, Ohio saw 25 overdoses in a single three-day period in July.

Often, in overdose cases, carfentanil is mixed with heroin, at times without the user’s knowledge. Authorities in East Liverpool, Ohio, said recently the believed that carfentanil was involved in a case involving a couple photographed while they were overdosing in their car. Those photos were posted online by police as a way of drawing attention to the kinds of drug problems that officers are having to more regularly deal with. In that case, a grandmother got high with her boyfriend and her four-year-old grandson in the back seat.

“It wouldn’t surprise me at all to know that we got more and more bionic opioids responsible for mortality on our streets,” Dr. Hakique Virani, medical director at Metro City Medical Clinton – an addition treatment center in Edmonton – told the Canadian broadcaster.

He said that in describing carfentanil as a “superhuman drug,” healthcare professionals and police are not doing so to attract more people to its use. It is because it literally takes only a few grains – micrograms – of the drug to kill people.

Virani – also an assistant clinical professor in the preventative medicine division at the University of Alberta Faculty of Medicine – said that although addicts may live in fear that the next opioid hit could be their last, the fear is not big enough to cut down on demand. He said the demand “driving this opioid crisis” is being met by “organized crime” that was attempting to infiltrate “more and more toxic opioids, because they are easier to traffic.”