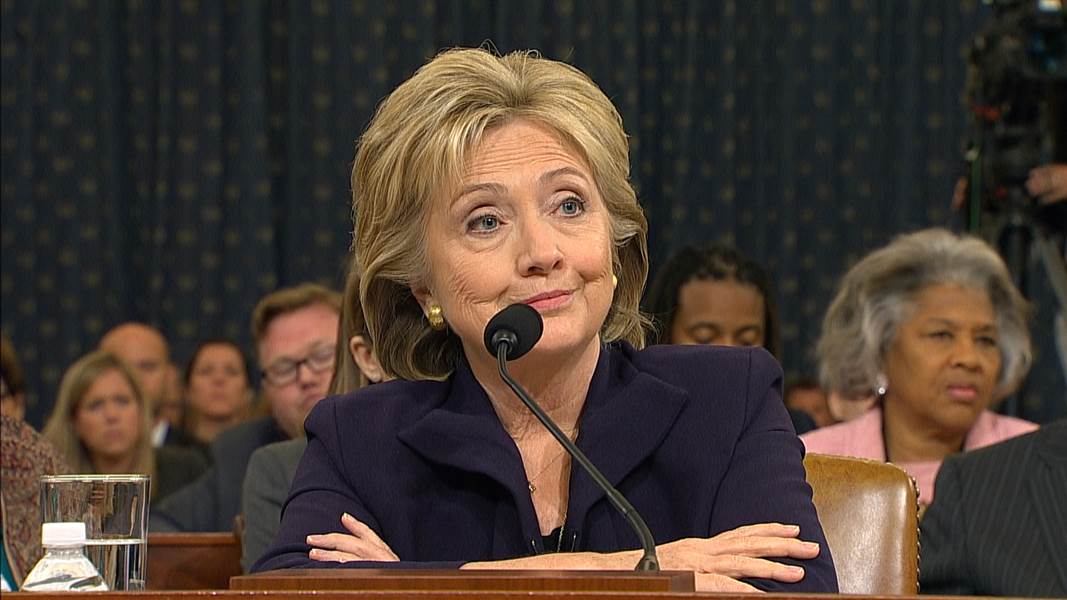 (Freedom.news) The FBI did another late-Friday document dump in relation to the records it has regarding the investigation of Hillary Clinton’s use of a private email server, and guess what?

Turns out that her boss, President Obama, knew for certain his secretary of state was using a private server to conduct government business, in explicit violation of U.S. national security statutes and his own administration’s policies regarding transparency.

How? Because he communicated with her via her private server using a pseudonym. It doesn’t get any clearer that the two of them conspired, and with direct knowledge of what they were doing, to hide key communications from the public, in violation of federal law requiring all governmental communications to be archived and thus subject to Freedom of Information Act Requests.

But wait. They were archived, right? Otherwise, how would the FBI have gotten ahold of them? Because initially many of Clinton’s emails were not archived, at least properly, because agents, during the course of their investigation, turned up thousands of them that were not voluntarily handed over by Clinton or the State Department.

So, in the short span of a weekend, we’ve not only learned that Obama – whom the mainstream media loves to portray as somehow aloof from all the corruption and scandal within his administration – knew for sure that Clinton was violating his policy directives and the rule of law, he was an accessory to those violations.

Now, if all of this doesn’t make FBI Director James Comey’s claim that Clinton (and by default, Obama) 1) did not intend to violate the law; 2) did not willfully violate rules governing the handling of classified materials; and 3) did not obstruct justice. If all of this weren’t so serious, Comey’s claims would be laughable.

But then again Comey made some other statements that essentially support the contention that our government is haplessly, hopelessly and thoroughly corrupt. He said “no reasonable prosecutor” would bring charges against Clinton, while in the next breath claiming that “this is not to suggest that in similar circumstances, a person who engaged in this activity would face no consequences. To the contrary, those individuals are often subject to security or administrative sanctions.”

Translation: We’re not going to recommend prosecution against Clinton, because of her elite status and lack of faith in “the system” to effectively and properly prosecute her – but if you, lowly American government worker, pull the same thing, we’ll throw the book at you.

After all, when you have discovered evidence that the president himself is involved in the conspiracy to participate in, and then help hide, this very intentional effort to conceal functions of government from the people, what else was Comey to have done? He knew that Obama would never allow his attorney general, Loretta Lynch, to prosecute Clinton, which is why he [likely] sent her to meet Bill Clinton in Arizona – to let him know (which was really arrogant considering that a phone call would have been kept under wraps). But it was good political theater, wasn’t it, watching Lynch “recuse herself” from the “decision-making process” over any recommendation to prosecute after “accidentally running into” the former president.

Meanwhile, the constitutional checks and balances that the founders adopted as a way to hold presidents and his appointees responsible and liable for breaches of law may as not exist. Republican leaders are too fickle and too scared of what the press might say about them to employ the constitutional tools at their disposal, such as impeachment and the power of the purse, while Democrats – like their master in the White House – are too ideologically compromised to do the right thing for the country and for our founding document.

What’s more, Obama (and Clinton) know this, which is why he has so remarkably abused his power and has allowed those who serve him (not the people) to get away with high crimes and misdemeanors.

The FBI data dump was just the latest piece of evidence proving that we no longer have a functioning republic. What we have is a system akin to tin-pot dictatorships and rubber-stamp regimes whose elected representatives play roles and make noises about “corruption” and “wrong-doing” but in the end take no action against the perpetrators.

That includes Comey, by the way, who could have – no, should have – made the recommendation to prosecute anyway, since he all but admitted there was enough evidence to do so. He could have recommended and then simply let the chips fall where they may.

Let Obama and Lynch spin and squirm their way out of explaining why it is they refuse to be good stewards of the Constitution they swore to uphold, and the people they pledged to serve.

Let the Democrats go on record defending this lawlessness.

Let the idiot talking heads in the left-wing MSM verbally twist themselves into pretzels trying to justify Obama’s and Lynch’s decision to give the most criminally inclined, scandal-ridden presidential nominee in history another pass.

In the end the result would probably have been the same – only political damage to a party that long ago sold its soul to authoritarianism and couldn’t care less about what Americans think of it. But at least the public will have been shown that yes, some parts of government remain untainted, uncorrupted and functioning.

It isn’t clear whether a Donald Trump presidency will be able to root out the systemic corruption that has infiltrated every single bureaucratic layer of government, Congress and the federal courts. But we know that things will only get worse under another scandalous Clinton administration.

What will become of our country then?