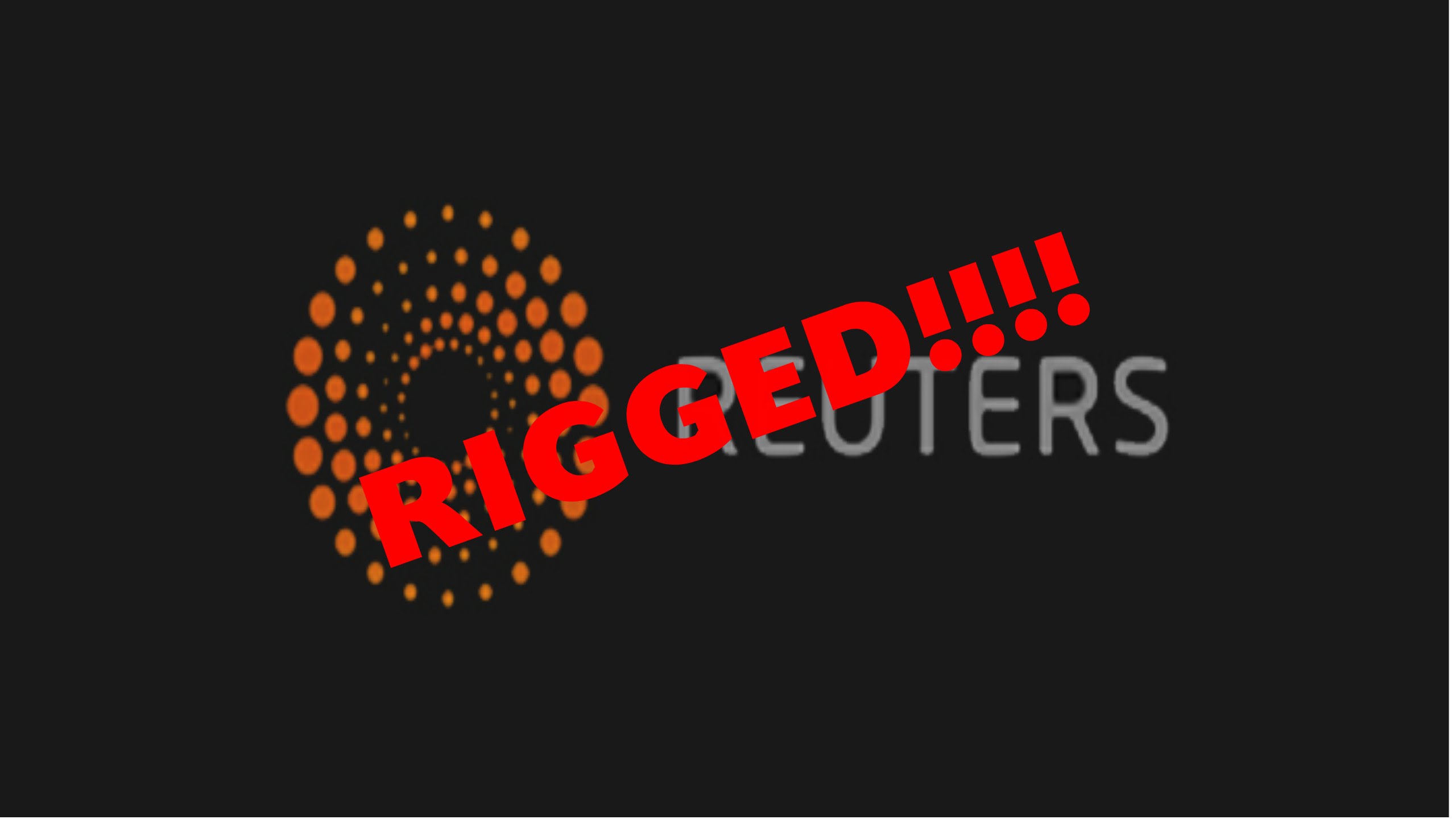 Reuters has taken some heat in recent months for “tweaking” their polling methodology seemingly every time the data reveals “inconvenient” results for Hillary (see our previous posts on the topic here and here).  But the latest Reuters/Ipsos polling “tweak” is truly amazing.  Having run out of options for slyly “tweaking” questions and categories to sway respondents in their preferred direction, Reuters has apparnetly resorted to blatant poll tampering by altering their polling samples to include a disproportionate number of democrats.

In their latest poll, released just two days ago, Reuters found Hillary to have a 6 point lead in a head-to-head contest with Trump.  But, when you dig a little deeper you find that Reuters’ polling sample included 44% democrats and only 33% republicans.  Which would be fine, of course, if it had any basis in reality.  But, as The Pew Research Center points out very clearly (see table below), registered democrats represent about 33% of the electorate while republicans are 29%…a modest 4 point gap versus the 11 point advantage in the Reuters sample.

Of course, this is significant because, as any reasonable person would expect, democrats swing toward Hillary by an overwhelming margin of 84% and, vice-versa, 78% of republicans swing toward Trump.

Now, using Reuters’ data, Hillary supposedly has a 6-point lead over Trump.  However, if we alter the sample data to reflect what Pew says is the real distribution of democrats versus republicans (i.e. 33% vs. 29%, respectively) and apply the same support levels by party affiliation it results in an 8.5% swing toward Trumpwho would have a 2.5% lead….very inconvenient. 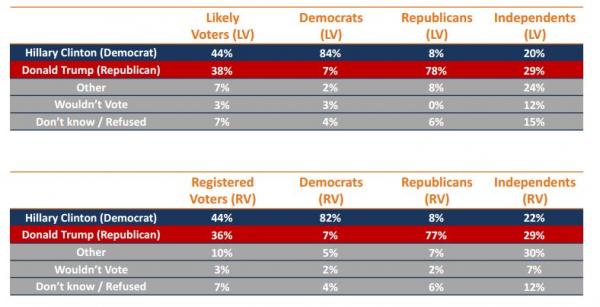 And just to confirm, here is how The Pew Research Center says that the distribution of party affiliation has trended over time.  At least since 1992, democrats have never enjoyed an 11 point registration gap that Reuters decided to include in its poll. 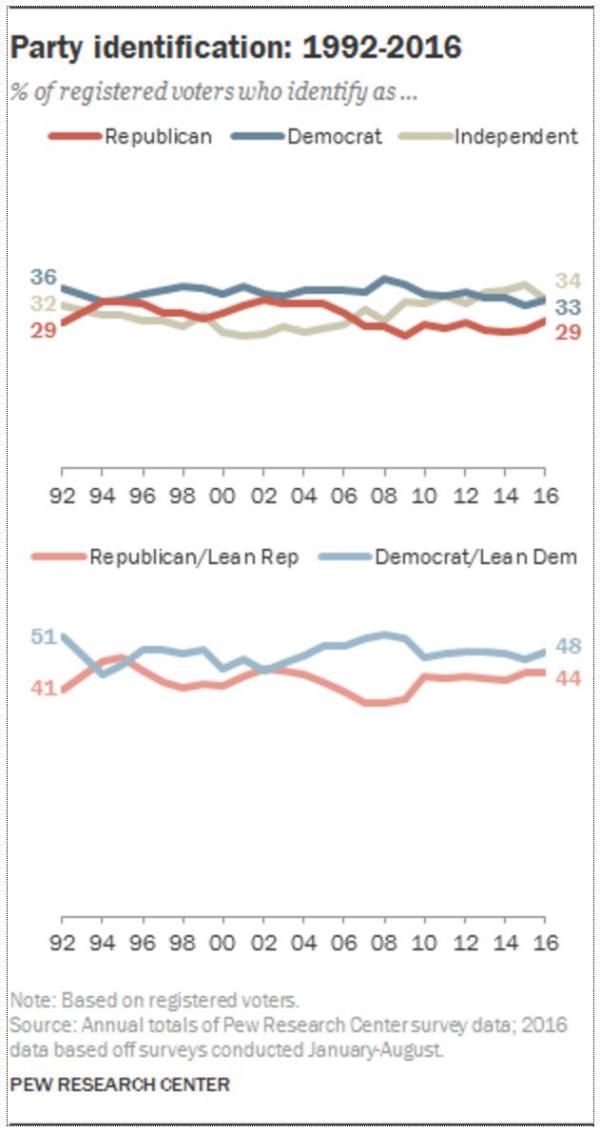 Finally, we also checked the polling data of the latest McClatchy-Marist Poll to make sure we weren’t missing something.  And sure enough, their sample includes just a 5 point advantage for democrats…slightly larger than the 4 point gap measured by Pew but no where near the 11 point Reuters gap.

And that’s how you rig some polling data…