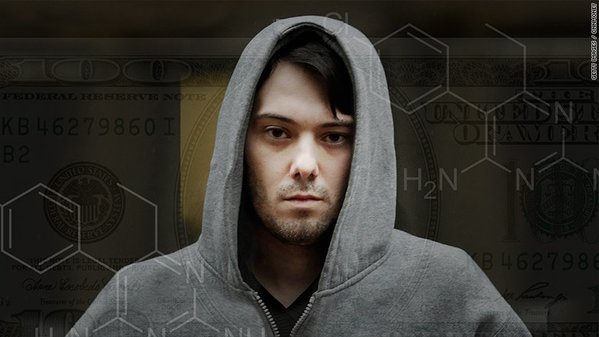 Martin Shkreli, the former hedge fund manager vilified in nearly every corner of America for buying a pharmaceutical company and jacking up the price of a life-saving drug more than fiftyfold, says he’s auctioning off a chance to slap/punch him in the face to benefit a former friend.

Article by The Associated Press

On his Twitter account, Shkreli says he’ll let someone slap/punch him in the face for a price to help benefit his friend Mike, who recently died and left behind a young son who survived cancer.

To make an auction, a person needs to direct message Shkreli on Twitter.

I will auction one slap/punch in the face to benefit my friend Mike who passed away & leaves behind a young son who survived cancer. DM bids

Shkreli has found himself at the center of a firestorm over drug pricing in the last few months, and he hasn’t been afraid to throw on more fuel.

It began after his company, Turing Pharmaceuticals, spent $55 million in August for the U.S. rights to sell Daraprim, a 62-year-old drug for a rare parasitic infection, and promptly raised the price from $13.50 to $750 per pill.

The drug is the only approved treatment for toxoplasmosis, a disease that mainly strikes pregnant women, cancer patients and AIDS patients.

The move sparked outrage that resounded from the presidential campaign to the punk rock world and turned him into the new face of corporate greed.

Doctors and medical groups said the price hike was cutting patients off from lifesaving treatment, activists protested outside Turing’s offices, and the episode helped prompt a Senate hearing on drug prices.

Hillary Clinton called it price gouging and said the company’s behavior was “outrageous.” Donald Trump called Shkreli “a spoiled brat.” Bernie Sanders returned a donation from Shkreli. And indie record label Collect Records said it was severing ties with Shkreli, who had been an investor.

Shkreli said the company would cut the price of Daraprim. However, Turing reneged. Instead, the company is reducing what it charges hospitals for Daraprim by as much as 50 percent.

While most patients’ copayments will be $10 or less a month, insurance companies will be stuck with the bulk of the tab, potentially driving up future treatment and insurance costs.

Shkreli has said that insurance and other programs allow patients to get the drug despite the cost, and that the profits are helping fund research into new treatments.

But he has also unapologetically emphasized a business-is-business argument for the price jump. In fact, he recently said he probably should have raised it more.