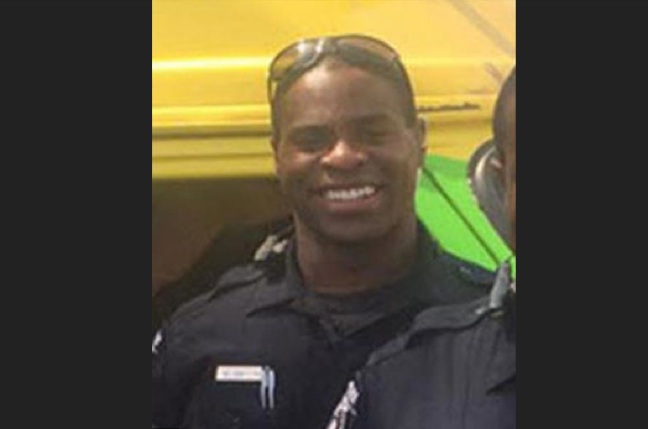 One of the craziest things to come out of the Keith Scott shooting in Charleston, NC is the idea that it is racist for a black police officer to use deadly force on an armed black man. The NAACP, in its infinite wisdom, has come up with a foolproof way around this little problem. According to the organization, black cops are not real black people so therefore it is racist when they shoot actual black people.

The NAACP is not convinced the Scott shooting was justified, despite multiple videos showing that he was armed. Even the facts that a gun was recovered from the scene and that Scott was illegally carrying a weapon when police shot him has done nothing to persuade them.

On Tuesday the NAACP made a list of demands to the Charlotte police department to ensure black police officers never again shoot and kill threatening armed black men. As reported by WCNC, the organization that supposedly represents black people dropped this bomb:

“Many black people who become police officers become blue, not black. In order for you to survive in a police department, you take on the police department’s ideology, ways of life, and culture,” said an NAACP representative.

It doesn’t get any clearer than that. The NAACP is saying that becoming a police officer robs a black man of his black essence. That black cops are no longer truly black and must surrender their “black card” to the NAACP. In the context of the Keith Scott shooting, this statement also implies that black police officers are transformed into racist white killers of innocent black men.

This goes along with the popular black concept that articulate black people are “acting white,” or that responsible employed black people have sold out to the man. The NAACP is reinforcing the bullshit belief that the only way to be black is to be a jive-talking white-hating revolutionary scumbag.

Charlotte Officer Brentley Vinson (pictured) has been identified as the one who shot and killed Keith Scott. He is black and by all accounts a good cop. He is the son of one of the first black detectives to ever serve the Charlotte police department. He is a former star athlete who played football at Liberty University and Fork Union Military Academy. There is no record of him engaging in police misconduct and I guarantee this is the first time anyone has ever questioned his blackness.

With their statement, the NAACP is saying that Brentley Vinson is an Uncle Tom who did the white man’s bidding by murdering a black man. You’d be hard-pressed to find a more offensive thing said about this 100% justified police shooting.

Keith Scott was armed with a handgun and refused numerous police commands to drop the weapon. He posed an imminent danger to Vinson and his fellow officers. Scott forced Vinson into using deadly force. Any other person on the planet would have done the same thing if confronted with this dangerous situation. It wasn’t racism or Uncle Tomism that made Vinson pull the trigger, it was self-defense, defense of his fellow officers, and defense of the community at large that did. He did his job.