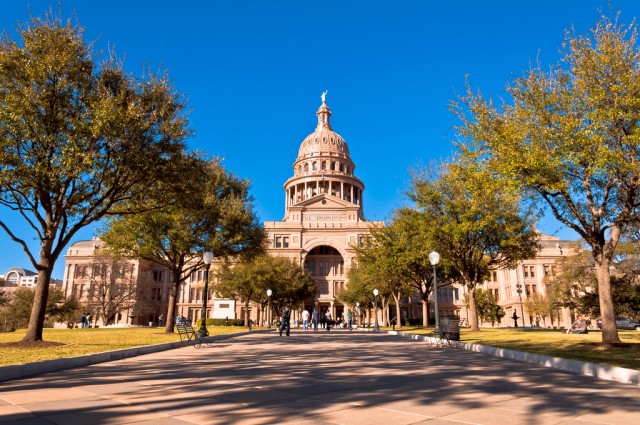 In the past year, Texas has taken in more refugees than any other state, but that could change if the state’s leadership has any say in the matter. President Obama’s administration has announced that they are looking to resettle over 110,000 refugees, with an unspecified number coming from Syria, leading many to have concerns over the safety of citizens. It makes sense — it’s important to prepare for the worst, instead of having violent regrets at a later point.

In a letter to Robert Carey, the director of the federal Office of Refugee Resettlement, Texas Health and Human Services Commission says that Texas will exit the Federal Refugee Program unless Washington approves the state’s new plan controlling placement.

The letter was sent as a response to the unwillingness of the Office of Refugee Resettlement in regards to a stricter vetting program to ensure the safety of the local population as well as that of incoming refugees. The state of Texas is asking national security officials for a strengthened background check in order to show that the incoming refugees will not be a threat.

Current White House officials state that while they have strict background checks in place, it is impossible to guarantee that there would never be a problem.

According to Chron.com, “Without an agreement, Texas would join Kansas and New Jersey in withdrawing state participation in the refugee program over the federal government’s vetting procedures to screen out potential terrorists.” By exiting out of the program, Texas’ move would essentially remove the state options for funding of federal relocation dollars to charities and other private resettlement agencies and by-pass directly to non-profits and organizations related to refugee placement. This means that even if Texas exits out of the program, refugees could still continue to enter the state through coordination of federal and local programs for resettlement.

A statement from Governor Greg Abbott as listed on his website says “The federal government’s refugee settlement program is riddled with serious problems that pose a threat to our nation. The Director of the Federal Bureau of Investigation and the Director of National Intelligence have repeatedly declared their inability to fully screen refugees from terrorist-based nations. …While many refugees pose no danger, some pose grave danger, like the Iraqi refugee with ties to ISIS who was arrested earlier this year after he plotted to set off bombs at two malls in Houston.”

It is heartening to know that Texas politicians are doing what White House officials will not do; they are trying to keep the citizens they are tasked to protect safe. At this point, there is little hope that the current administration will overhaul their federal program for refugees. Let us all hope that it does not take yet another attack on American citizens to show that upgraded security is needed.

The state of Texas is giving the Office of Refugee Resettlement until September 30, 2016 to make a decision. As per regulations, all state aid will cease effective January 31, 2017 if there is no agreement in place.