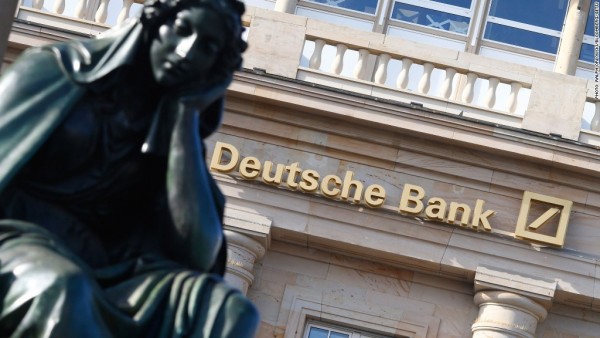 In recent days Germany’s Deutsche Bank has made global headlines as it teeters on the edge of solvency and the country’s leader, Chancellor Angela Merkel, debates whether or not she should intervene to save it.

But Deutsche is not the only big bank that is in trouble. Like 2007 all over again, other global financial institutions are over-leveraged and vulnerable to collapse in what one major lender called an “economic nuclear winter situation.”

As reported by CNBC, financial markets during the first half of 2016 were up and down, at times swinging wildly. But a number of factors have converged during the second half of the year including the United Kingdom’s “Brexit” vote and weaker-than-anticipated corporate earnings.

Banks in Europe have had an especially tough 2016 thus far, with the Brexit sending banking shares and stocks plunging. That has included Deutsche Bank and Credit Suisse, whose shares have been in free-fall since the Brexit.

There remains uncertainty as to when the U.K. will actually begin the process of leaving the European Union. But Euro banks are “preparing for an economic nuclear winter situation,” an anonymous source told CNBC in August.

That source explained further that the challenge throughout the remainder of the year is nothing compared to the collapse of Lehman Brothers in 2008. The source also said that this time around the banking sector appears to be more resilient. “Markets hate uncertainty and the events this year have unfortunately created a lot of mystery around what is going to happen next,” the source said.

As for Deutsche Bank, it’s troubles really began when shares for Germany’s largest bank were hit by a demand for up to $14 billion from the U.S. Department of Justice after it mis-sold mortgage-backed securities, Reuters reported. Its shares were hit further following a report that Berlin was preparing to bail the bank out, as well as a report that hedge funds were reducing their exposure. Is a collapse on the way?

Reuters further reported that the bank was in negotiations with the Justice Department to restructure its settlement to $5 billion. However, Zero Hedge reported last week that such rumors were unfounded. Rather, the site reported, the quick market rally on the “report” that the debt would be renegotiated was little more than a “media stunt.”

So the bank remains exposed, as do others, due to the “uncertainty” over the Brexit and other factors.

In recent days, Mike Adams, the Health Ranger, noted further that a global debt collapse is on its way and there is little that the markets – or financial institutions – can do to stop it. “Deutche Bank now stands on the verge of financial collapse. Under the delusional, idiotic policies of Angela Merkel — which are only exceeded by the idiotic policies of Barack Obama — Deutche Bank has vastly expanded its leveraged debt to the point of fiscal lunacy,” Adams wrote.