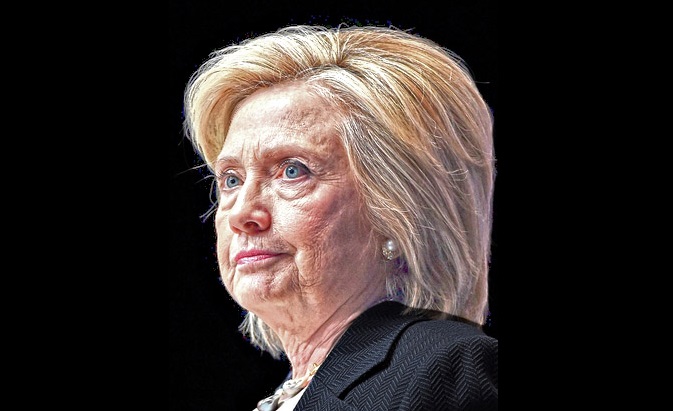 Doctor Ted Noel, the same doctor that gave an amazing in-depth analysis of Hillary Clinton’s health, garnered from his 36 years of experience by using sources publicly available  from news articles and videos, concluding that Clinton was suffering from Parkinson’s Disease, racking up over 4 million views on his initial analysis, has now published his findings after watching all camera angles from the first presidential debate between Clinton and GOP nominee Donald Trump.

Dr. Noel’s analysis starts not with the debate day itself but with the events leading up to it from the previous week, including the viral vidoes from American Mirror on September 19, 2016, when Clinton went to Temple University, where her eyes continuously crossed, showing a marked visual dysfunction. Dr. Noel also notes the two cancelled events with no explanation, and a three day period where Hillary was not seen in public before debate night, before carefully analyzing different camera angles during the debate to highlight behaviors and symptoms common to Parkinson’s Disease.

The first video below is the one of Clinton’s eyes, which has garnered over 2 million hits:

After explaining how he took a week to analyze all video available as there were a variety of angles provided to news organizations, who used them as they saw fit, Noel starts with the three day period where he suggeststhere is a high likelihood that rather than just debate prep as was suggested by the clinton campaign, what was actually occurring was that Clinton was on a “drug holiday.”

According to research, a drug holiday is where Parkinson’s patients are taken off their drug regimen, in order to restart it because the medications start to decrease in effectiveness as the body becomes used to them.

According to PubMed.com, a study of 16 patients put on a “drug holiday, showed that 11 of the 16 “exhibited enhanced motor responsiveness after the holiday and required only half of the initial daily dose for improved motor performance. Dr. Noel believes it is possible that Clintonwas put on a “drug holiday,” in order to prepare her for the debate where she would have to function properly for 90 stright minutes.

Via another follow-up study, PubMed, describes the following in their abstract:

Long-term management of patients with Parkinson’s disease includes close monitoring and frequent dose adjustment. In a small selected group of patients, complete withdrawal of L-dopa (drug holiday) and slow reintroduction of lower doses of this drug assured continued benefit for six to 24 months. We studied 45 drug holidays in 45 patients with idiopathic Parkinson’s disease. Average preholiday L-dopa dose was 2,970 mg/d; at 24 months, it was 263 mg/d. The drug holiday resulted in reduced adverse drug effects (dyskinesias, “on-off” phenomenon, hallucinations, and confusion), and improved functional ratings at one, six, 12, and 24 months after the drug holiday.

[Update] Now we see Clinton is in seclusion before this Sunday’s upcoming debate…. is it another drug holiday?

Dr. Noel then highlights Clinton’s entrance onto the debate stage, pointing out that her gait indicates a specifically “trained walk,” which includes “long strides”  taught to Parkinson’s patients. In looking for examples of this type of training we see many videos showing therapists training Parkinson’s patients in what is called “gait training.”

Interestingly enough, in all the videos found at the YouTube search link above for ‘Parkinson’s gait training’ we also see numerous examples of the next Parkinson’s symptom Dr. Noel noticed from Clinton at the debate, which is the “pill-rolling tremors,”  where patients move their fingers in a manner described as if they are rolling a pill between their fingers.

Via AllAboutParkinson’s website, more on “pill-rolling,” which is described as “fairly unique to Parkinson’s disease.”

*NOTE: (“Pill-rolling” is seen especially in the hands; this is fairly unique to Parkinson’s disease. The term refers to the motion that a pharmacist uses to align a handful of pills before placing them in a bottle or, possibly, the motion used to roll a marble between the thumb and forefinger. Eventually the tremor becomes more generalized.)

Noel does intersperse actual clips from the debate showing exactly what he notes and when, showing veiwers exactly what to look for and where Clinton is seen doing these things. 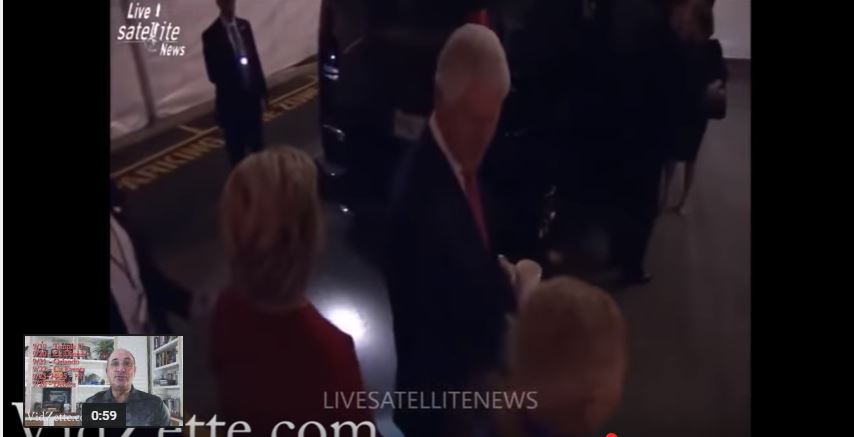 Lastly, Dr. Noel notes  and shows, the video clip captured of Hillary Clinton leaving the debate, where images showed Secret Service agents using little laser lights to highlight where Clinton should be walking, and once again, a quick search shows this isn’t an uncommon method to help Parkinson’s patients.

Below is Dr. Noel’s complete analysis of Hillary at the debate, and beneath that his original detailed video titled “Hillary Clinton’s Illness Revealed.” 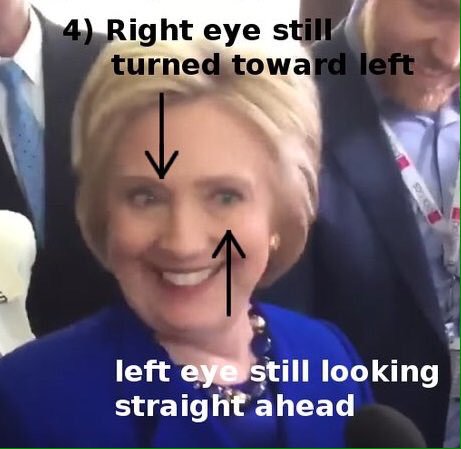