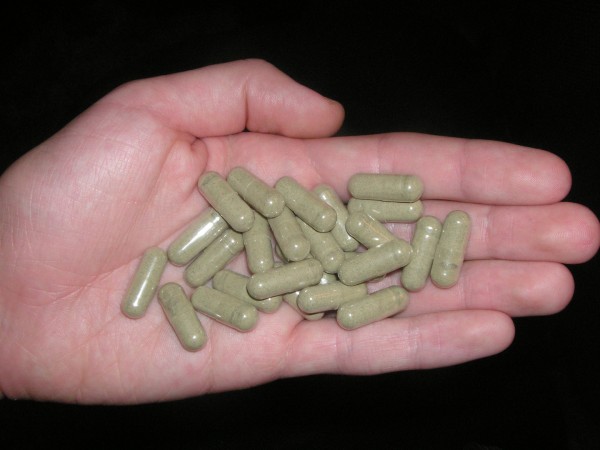 For natural health advocates in America, the U.S. Drug Enforcement Administration (DEA) is often seen as an enemy of the cause, and for good reason. Over the years, the agency has fought to keep natural health alternatives to chemical medications outlawed. After all, these are the people who are doing everything in their power to avoid legalizing marijuana, which has been scientifically proven to improve the lives of people suffering from all sorts of health issues.

The DEA continues to prove themselves completely untrustworthy, by blocking breakthrough research that could potentially lead to safer alternatives to opioids. Of course, since the DEA has been proven to have ties to Big Pharma, it’s incredibly unlikely that they’ll ever do anything that could cost the pharmaceutical companies a loss in profits.

Recently, the DEA has expressed interest in banning the natural plant kratom, which would prevent a safer, less addictive painkiller from going to market. Once again, the DEA has sided with the chemicals peddled by Big Pharma instead of accepting the truth and promoting a safer alternative that would inevitably improve the lives of people all over the country. As has been the case for decades now, the profits of big businesses mean more than the physical wellness of the American people.

Angus Chen of Scientific American reports, “The DEA plans to place kratom and its psychoactive ingredients in the agency’s most restricted controlled substance category, Schedule I, on September 30 at the earliest. That would place it in the same group as heroin, ecstasy and marijuana. All Schedule I drugs are supposed to have a high potential for abuse and harm, and to have no medical use.”

This is a frustrating decision for numerous reasons. For starters, they’re blocking something that would improve people’s lives, which is an annoying hindrance in its own right. But even worse is the fact that the DEA is claiming that there are no medical benefits to natural plants that have been scientifically proven to have such benefits. They are straight up lying in order to push their agenda. There seem to be no limits to their shadiness. It is truly disgusting.

It is 2016. It is long past time to expose the truth surrounding Big Pharma, the DEA and the war on honesty when it comes to natural health. These fascists are trying to enslave us under their chemical regime, and it’s time to fight back.