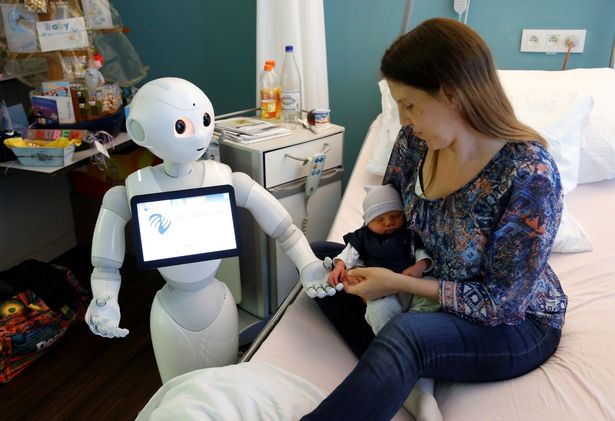 The World Economic Forum (WEF), located in Geneva, Switzerland is an impressive consortium of the global leaders of governments, CEOs in media, entertainment, technology and finance as well as policy makers in academia, international agencies and non-governmental organizations (NGO).  The WEF meets annually in Davos to “improve the state of the world.”

It is the WEF, according to Scienceworldreport.com, that declares we are in the midst of a “Fourth Industrial Revolution” and will see robotics applied across a wide swath of industry, beyond manufacturing and automation. This is a revolution that has only begun to reverberate into our lives and the U.S. economy.

Will your yearly review, financial plan or surgery be completed by a robot?

Between the period of 2015 to 2020, WEF estimates that 5.1 million jobs, now done by flesh and blood, will be given to robots. Bloomberg.com reports that up to two – thirds of these job losses will include administrative and  “routine white collar office functions.” Fortune magazine provides a surprising list of jobs already done by robots. These include financial analysts, law firm data gatherers, anesthesiologists, surgeons, on line marketers and sports writers.

Whose going to put the extra pickle on your burger?

In 2012, Business Insider reported about Momentum Machines, a California start up company that created a “robot powered burger maker” built to churn out 400 gourmet burgers per hour.  At that time, Alexandros Vardakostas, a company co-founder, proclaimed that this new robotic burger maker wasn’t built to make employees efficient, but “completely obviate them.” Investors.com reports that Wendy’s now has self service kiosks. Examiner.net says one McDonalds in Phoenix, Arizona has the “first state-of-the-art robot model” restaurant, where robots work “with no chance of error.”  Management touts a robot works 50 times faster than “an average McDonald’s employee.”

The fight for a $15 dollar per hour minimum wage has been one driver to automation as industries look only to their bottom line.

Katharina Nieswandt, writing for Weforum.org, says there will be millions of people permanently put out of work and there is talk of a government supplied  “basic income” for the technologically unemployed. Hence the push for science, technology, engineering and mathematics (STEM) in schools. Instead of flipping the burgers, they’ll be designing the robots who make them. On the other hand, the need for farmers who grow organic food, non GMO feed, medical marijuana  and industrial hemp will most likely keep their positions.